11 reasons to look forward to the PGA Tour's fall schedule 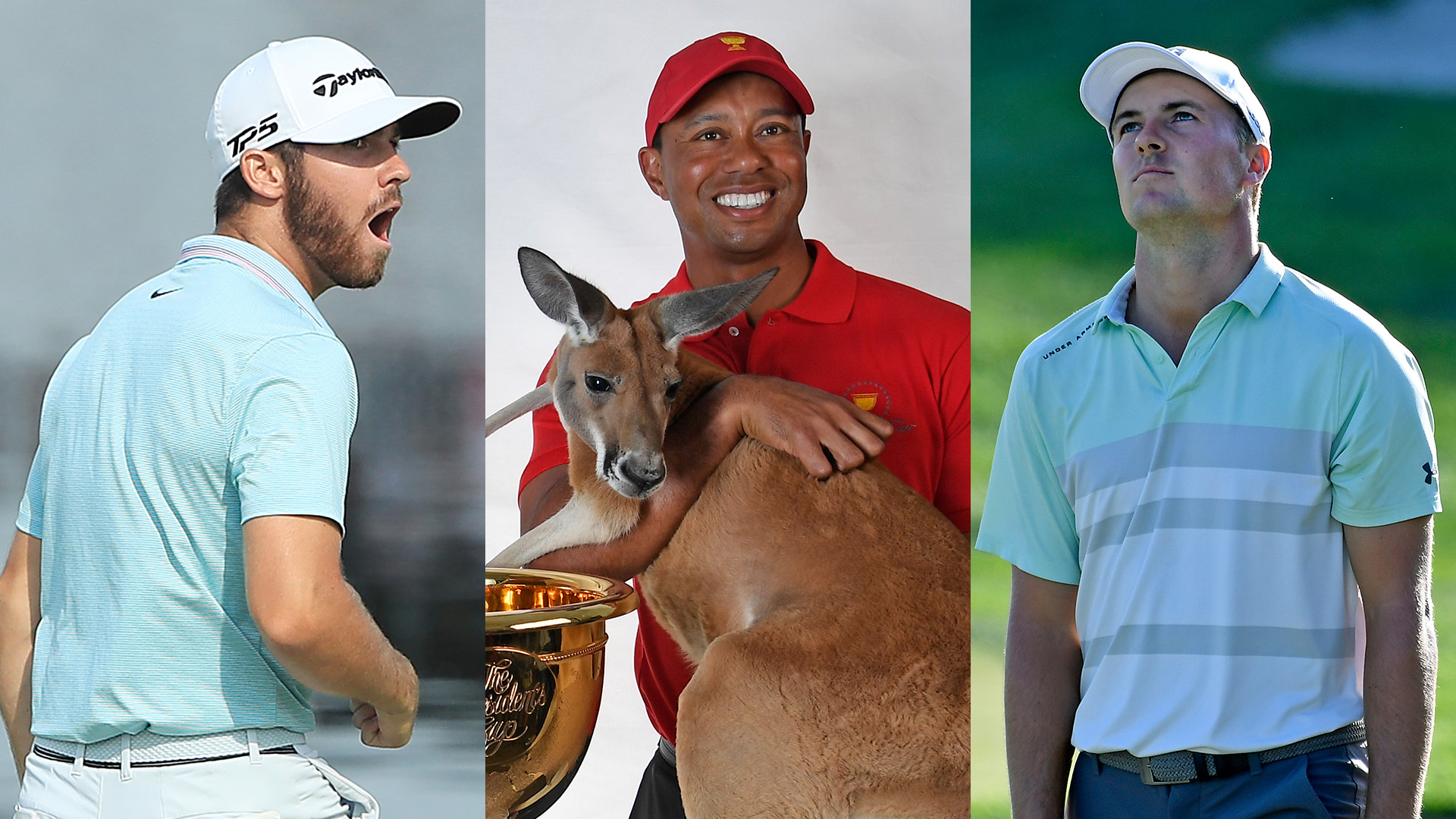 Well, here we are again, refreshed and ready for another PGA Tour season after that 15-day cleanse.

Tour officials condensed the major schedule and crammed in the playoffs before the end of August, a long-overdue concession that they have no interest in competing for ratings with almighty football.

Now, with so many viewing options, you may be tempted to watch less golf, but there’s still plenty of intrigue this fall, beginning with this week’s A Military Tribute at The Greenbrier.

Here are 11 reasons to look forward to the 11-tournament fall slate:

It’s hard to recall a more decorated group of minor-league graduates. Those with even a cursory knowledge of the college and amateur game surely remember these names: Scottie Scheffler (U.S. Junior champ), Robby Shelton (seven-time winner at Alabama), Maverick McNealy (No. 1-ranked amateur), Kris Ventura (NCAA team champion) and Doug Ghim (U.S. Walker Cupper). The list of promotions also included a few feel-good stories, from Brendon Todd, who overcame the yips, to Joseph Bramlett, who sat out nearly five years because of back trouble, to Chris Baker and Scott Harrington, who grinded for years to finally earn their shot.

Oh, and then there is the most decorated new arrival of all ...

Now that Viktor Hovland is on a level playing field with Matthew Wolff and Collin Morikawa – now that they all can set their schedule and put in a full season’s worth of work – it’ll be fascinating to see what they can do for an encore. Extrapolated over an entire season, Morikawa would have ranked among the top 10 statistically in strokes gained: total, and no one made a bigger splash on Tour than Wolff, the free-wheeling, fun-loving, 20-year-old NCAA champ.

With a few strong performances this fall, perhaps Morikawa and Wolff can position themselves for a Presidents Cup pick. Their world ranking lags behind, but all three are top-50 talents, right now. If not better.

News of Woods’ arthroscopic surgery was a surprise, but that knee has always caused him problems and he seemed just fine as he lustily cheered on Rafa and Serena at the U.S. Open.

Still, this summer was a reminder of Woods’ fragility, and that his limited schedule might prolong his career but won’t necessarily improve his chances of remaining competitive. He’ll have had more than two months off before he takes a long flight to Japan to play in the inaugural Zozo Championship.

Rust should be expected, of course, but if he doesn’t show up in good health there ...

Woods also factors into one of the other intriguing subplots this fall, since he’ll need to make his four captain’s picks on Nov. 4. Everyone who hopes to compete at Royal Melbourne will have played at least once by then – including Woods – and so he’ll have all of the necessary data to inform his decision.

Does Woods make history and become a playing captain? Will he end Phil Mickelson’s record cup streak? Do seasoned vets like Patrick Reed and Jordan Spieth get the nod? Will he leave consistent performers Rickie Fowler, Gary Woodland and Tony Finau at home? Should Woods look to the future and select Morikawa or Wolff?

Leading for the first time, Woods’ decisions might tell us more about the man than we’ve learned in two decades of public statements.

Woods’ picks will draw so much interest because the competition itself is usually a bust. On paper, at least, this figures to be another monumental mismatch – recall that two years ago, the cup nearly ended on Saturday – but Royal Melbourne is still a unique test that has proved vexing to the Americans in the past. (It was the site of their only loss in the biennial event, in 1998.)

The likelihood that Woods will occupy dual roles makes this must-see TV, even in the middle of the night.

Call me naïve, but I’m not yet ready to concede that Spieth’s best golf is behind him. He’s too good, and too smart, to stay down for long.

It’s revealing that Spieth had the best year of his life on the greens – first in putting average, one-putt percentage, average distance of putts made, putts per round and putts made from 10 to 15 feet – and yet he didn’t seriously sniff a title last season. That alone illustrates just how far off his ball-striking has gotten.

By exiting the playoffs early, Spieth had ample time to regroup, reset and get back to work with swing coach Cameron McCormick. Spieth’s short game and putting is once again world class, but there was much to address with his long game – in particular his iron play, which two years ago was the best in the world. If he doesn’t soon begin to show sustained signs of progress, it’s reasonable to wonder if a new direction is needed.

7. Seeing our early Player of the Year favorite ...

That dude: Justin Thomas. A wrist injury dogged him for much of the major season, but his playoff performance felt familiar.  His runaway win at the BMW (where he shot 25 under) marked his 10th career Tour title, the second-most of any player over the past four seasons.

There are no weaknesses in JT’s game, and he’s more than capable of putting up even better numbers than his POY campaign in 2017. He’s already back inside the OWGR top 5, where he belongs.

8. The importance of the fall

The fall schedule of events has significant bearing on the season-long FedExCup.

Of the eight winners last fall, six advanced to the season-ending Tour Championship – and a seventh, Kevin Tway, came agonizingly close to qualifying for East Lake. After the fall portion last season, more than 30 players were already halfway toward the number needed (376 points) to keep their card.

Increasing the number of fall events from eight to 11 makes it even more imperative that the best players tee it up and keep from falling behind – and that’s to our benefit as fans and observers.

The Sanderson Farms Championship (and its iconic rooster winner’s trophy) is now a standalone event – which means a full allotment of FedExCup points and a Masters invite to the winner. The Zozo and Bermuda Championships are new events, with the latter played opposite the WGC-HSBC Champions. And weekends will now feature the top 65 and ties, instead of the usual top 70.

Make plans the week of Nov. 4 – the Tour is off then, following same-week events in China and Bermuda. After that respite, players head to Mayakoba and Sea Island before shutting down for the holidays, unless, of course, they’re one of the select few who will peg it at the Hero World Challenge (Dec. 4-7) and Presidents Cup (Dec. 12-15). Then they can have a week off ... before traveling to Hawaii for the start of 2020.

It feels like a soft opening to the Tour season, what with only three top-25 players (Bryson DeChambeau, Marc Leishman and Bubba Watson) teeing it up in West Virginia. If anything, it’s more of an extension of the Korn Ferry Tour Finals, the field littered with newbies who only two weeks ago earned their Tour cards.

So much is different now – especially the purse sizes – but, hey, there’s something romantic about the beginning of a new era. 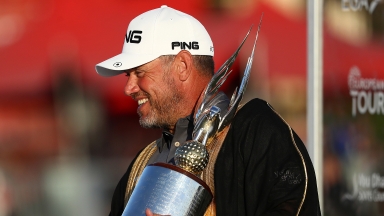 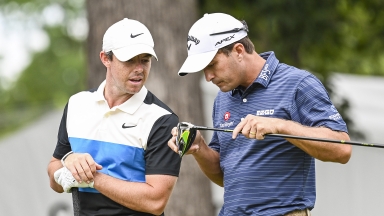 The PGA Tour is set to implement a new club-testing program which will now test drivers pulled directly from players' bags.