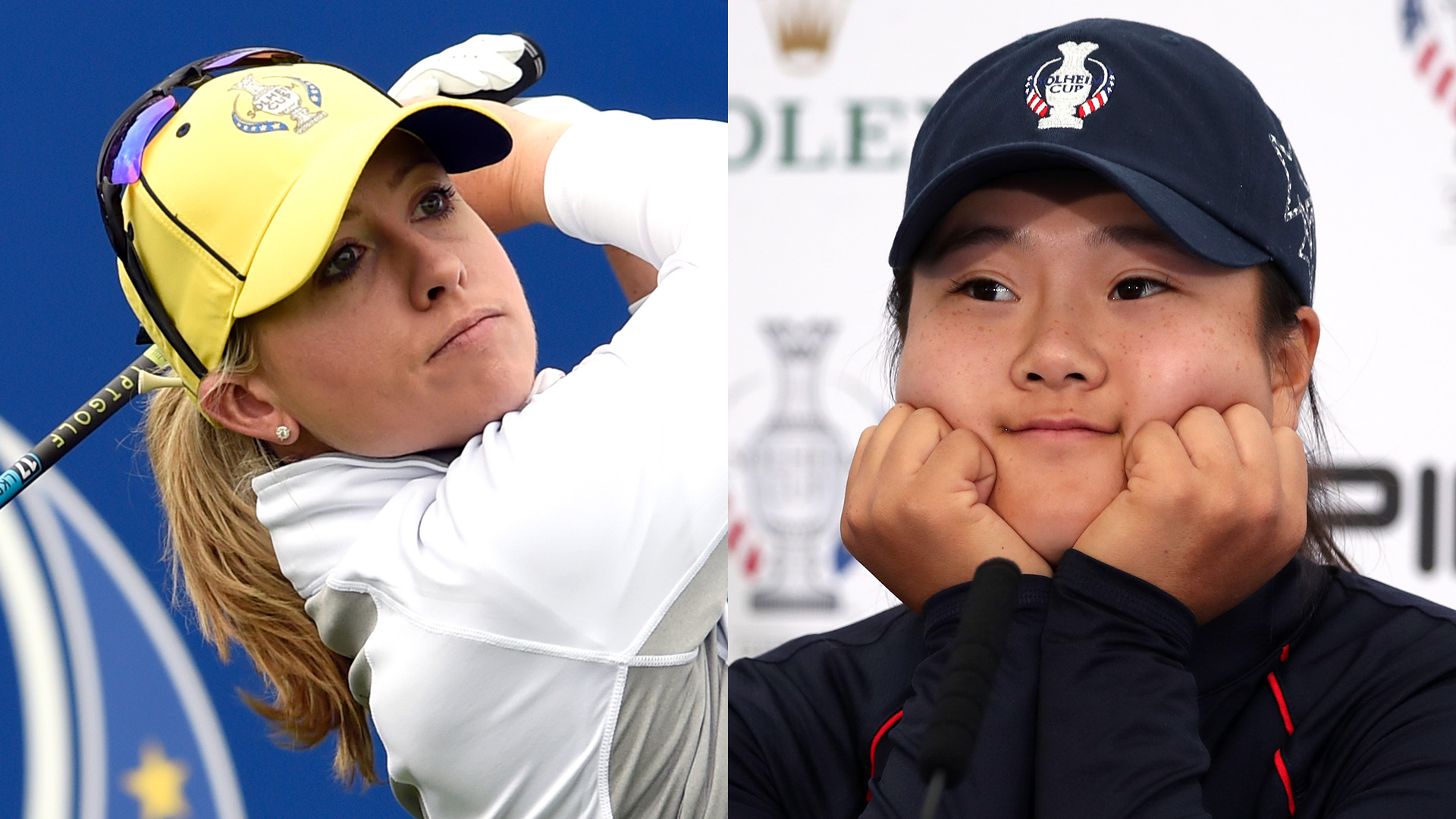 Morgan Pressel tweeted that Angel Yin had been reunited with her clubs late on Tuesday. She tweeted a video of an elated Yin embracing her travel bag, which was lost over the weekend.

Each side began the week at Gleneagles with 12 players and 11 sets of golf clubs. Yin’s clubs failed to arrive with her on a connecting Aer Lingus flight from Dublin to Edinburgh over the weekend, as did Jodi Ewart Shadoff's.

But while Ewart Shadoff was reunited with her sticks late Monday evening, Yin is still waiting.

“I’m currently the only one [without clubs], so I’ve won this race,” Yin said Tuesday afternoon. “This is a good sign for Team USA. Won this one. Victory. 1-0.”

Shadoff said her golf bag was among about 200 bags that were flown on a passenger-less flight from Dublin on Monday. When she got to the range Tuesday morning, she hugged her official Team Europe staff bag, which were now keeping her clubs safe.

“First time it’s happened with my clubs this year, and it just happened to be this week,” said Shadoff, who walked only the front nine Monday with loaner wedges from Ping. “Luckily, the weather was so bad yesterday that I didn’t really miss a whole lot. I was able to see the front nine and then played 18 today with my own clubs.”

Yin’s clubs were not on that bag-only flight from Dublin, though the 20-year-old has been informed that they could arrive Tuesday night. Yin, who is making her second Solheim Cup appearance this week, is preparing for the worst and staying shockingly calm.

While replicating her mixed bag is nearly impossible, Ping was able to build Yin, a powerful player who requires stiffer shafts, a set.

Articles and videos from the 16th Solheim Cup

“If the clubs come, the clubs come,” said Yin, who also had her clubs lost at this year’s Evian Championship before receiving them in time for the event. “If not, I still have a set to go and play in the tournament.”

Yin has yet to practice with her replacement set, though, opting instead to walk the course Monday and Tuesday.

“When I get my clubs, I will be ready to go out and play a practice round, practice and do everything that I need to do to prepare for Friday, Saturday and Sunday,” Yin said.

Maybe she’ll get her socks by then, too. Yin’s personal suitcase was also lost in transit.

“I've been asking the staff, and staff has been giving me socks. It's nice,” Yin quipped. “I don't have to wash them every night in my sink with some soap.”

While Yin cracked jokes as way to keep her spirits up, U.S. captain Juli Inkster said deep down the situation has been hard on Yin.

“It's a cluster, so I do feel for her because we've all been in that spot where we've lost our clubs.”

Nancy Lopez, one of the American assistants, recalled a story Tuesday where one year she flew to Springfield, Illinois, for an LPGA event and had accidentally left her gamers in her caddie’s motor home. Her caddie eventually arrived, but Lopez decided to use a new set and went on to win the tournament.

“I had a good experience with that,” Lopez said.

Yin and Ewart Shadoff are hoping for similar experiences this week, though obviously one will come at the expense of the other. 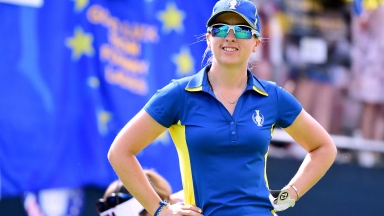 Both Europe's Jodi Ewart Shadoff and American Angel Yin flew to the Solheim Cup by connecting through Dublin over the weekend. However, their clubs didn't make the connection. 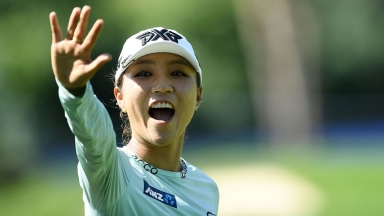 Lydia Ko shot 6-under 66 on Friday to move within two shots of the lead, held by Wei-Ling Hsu, at the Swinging Skirts LPGA Taiwan Championship. 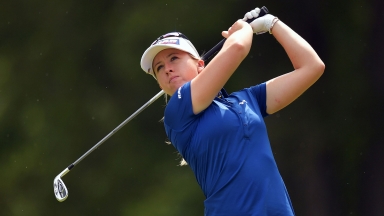 Jodi Ewart Shadoff shot 7-under 65 on Thursday to take a two-stroke lead after the first round of the Swinging Skirts LPGA Taiwan Championship.