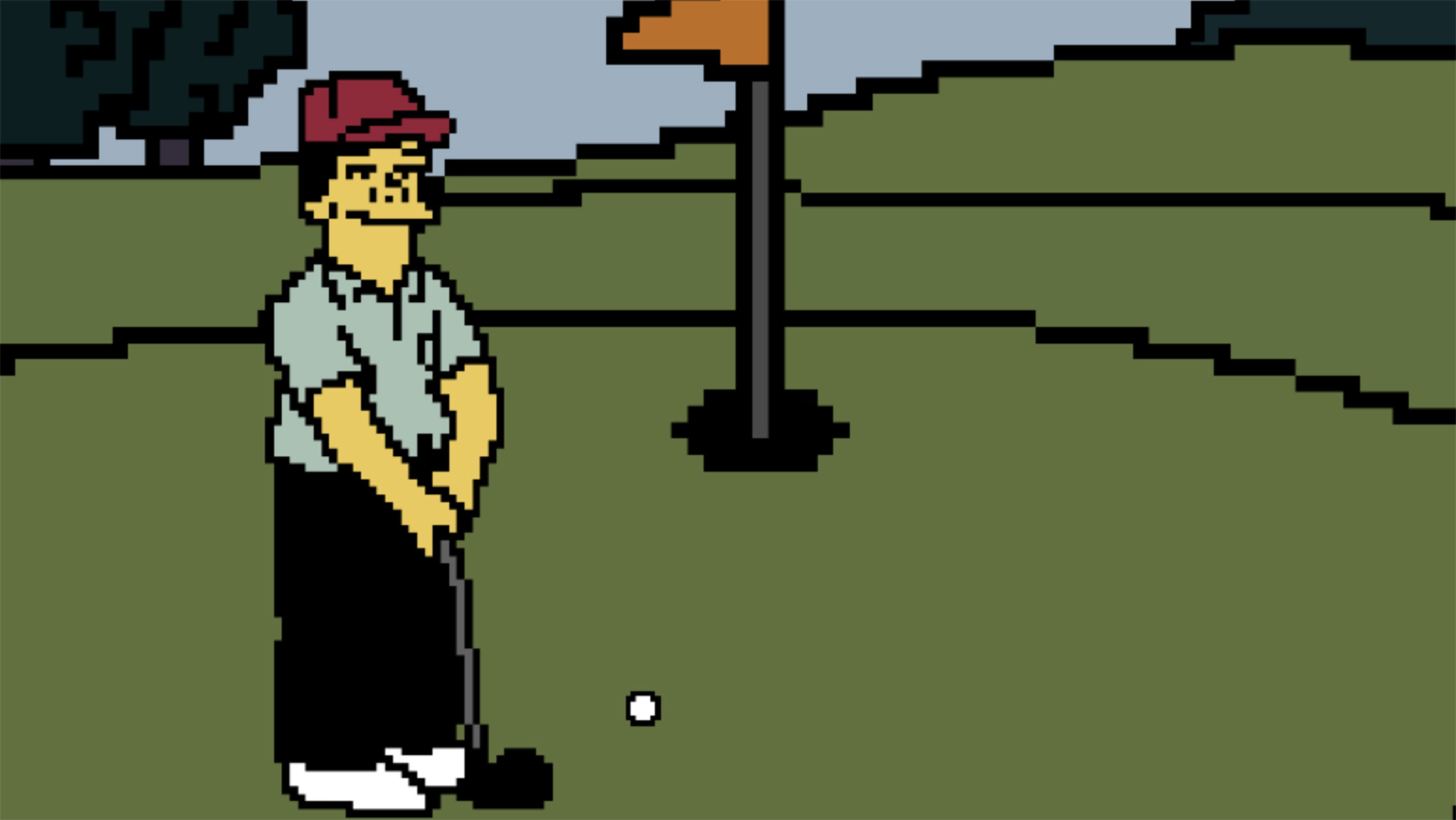 Nearly 25 years after the original airdate of Season 7, Episode 11 of The Simpsons – "Marge Be Not Proud" – now you too can experience the highs, the lows, and the scenic parking lots of "Lee Carvallo's Putting Challenge."

A quick backstory for those unfamiliar with the episode: Bart gets caught attempting to steal a copy of the ultra-violent, ultra-popular "Bonestorm" video game, leading to disappointment and a scolding from his mother Marge. After the two reconcile, Marge gives Bart his Christmas present, a copy of the video game "every boy wants"  – "Lee Carvallo's Putting Challenge."

Now, thanks to Aaron Demeter, a graduate student in Communication and Culture at Ryerson University, you have your own choice between a putter or a 3-wood and a feather touch or a power drive.

Demeter told GolfChannel.com on Tuesday that the game, which took him about five days to complete, has already received a 132,000 combined downloads and playthroughs.

"This was meant to be a tech demo of sorts that I would share with some friends as I learned how to design games," he said. "But after [Simpsons writer and showrunner] Bill Oakley retweeted it, it blew up! The response it got was unimaginable."

Would you like to read this blog again? You have selected: No.