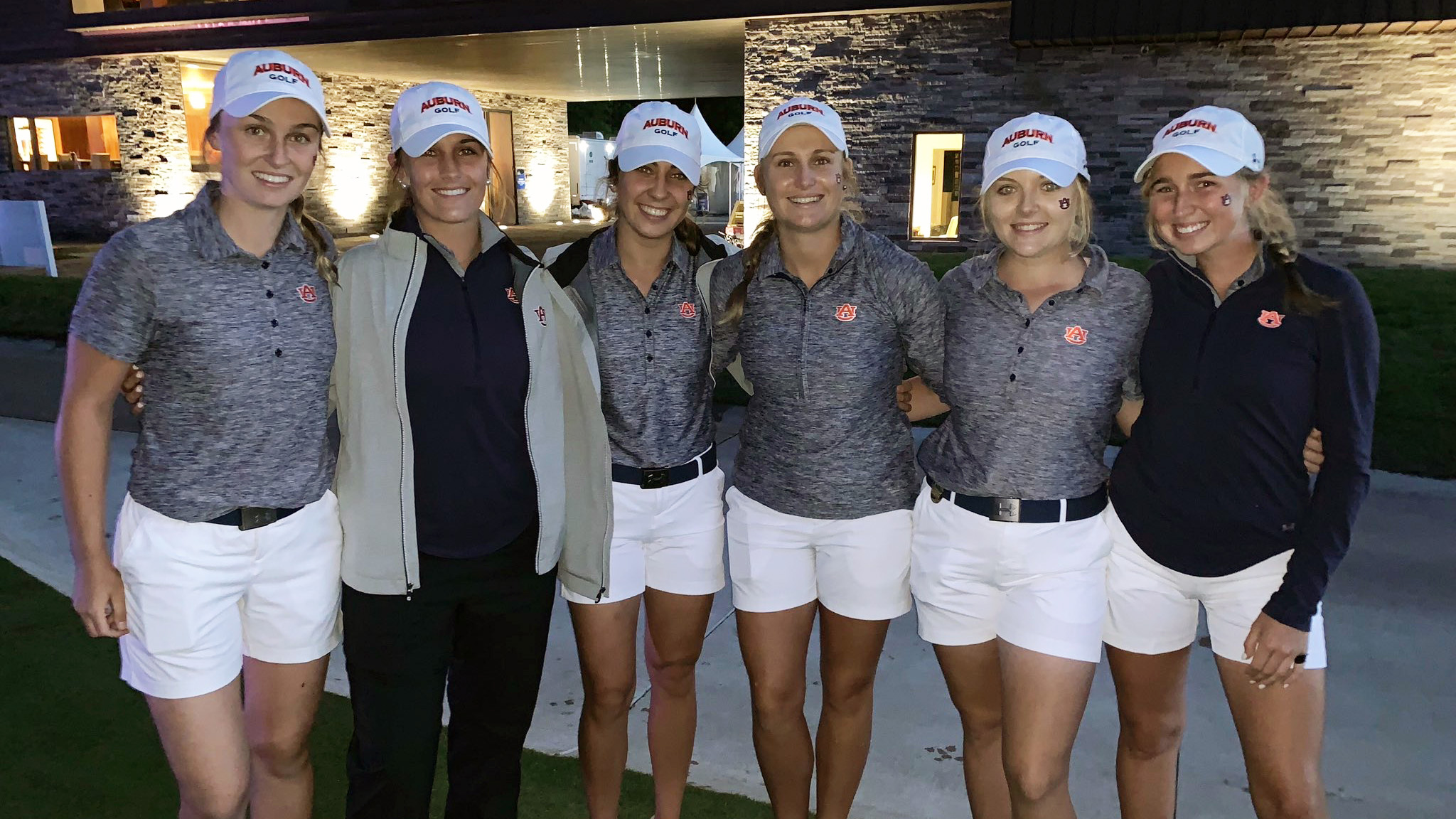 FAYETTEVILLE, Ark. – If the NCAA women’s postseason lacked drama before Tuesday, the quarterfinals of the NCAA Women’s Championship certainly made up for it.

No playoffs were needed in women’s regional play. Same for this week’s match-play cut, which wrapped up early Tuesday morning with Auburn holding on for the eighth and final seed. Even the individual race lacked suspense, as Arkansas senior Maria Fassi impressively cruised to a four-shot victory over Sierra Brooks, who had finished her final round hours before.

A six-plus-hour weather delay wasn’t even enough to dampen what was the most exciting quarterfinals since match play was introduced at the women’s championship in 2015.

For the first time in five years, all four quarters were decided by scores of 3-2. Three of the top four seeds lost, including top-ranked USC to Haley Moore-led and defending national champion Arizona. The hosts went “home,” as Jennifer Kupcho’s Wake Forest team knocked off Fassi and the Razorbacks. One match went 24 holes, with Duke’s Virginia Elena Carta beating Stanford’s Ziyi Wang in a thriller to send the Blue Devils through.

And it was all capped by the eighth-seeded Tigers taking down Texas in the dark and completing the most improbable of comebacks.

“I’m a little in shock,” said Auburn coach Melissa Luellen as she walked off the 18th green and toward the media center at Blessings Golf Club. Somehow, she had to gather herself for the semifinal pairings. Her team will face Wake Forest beginning at 7 a.m. Wednesday. (The final will take place Wednesday afternoon.)

“I guess the moral of the story is to never give up,” she added.

Auburn entered match play as not only the worst seed but also the lowest-ranked team at No. 13 in Golfstat. The Tigers were making their NCAA match play debut and doing so with a lineup that included three sophomores and a redshirt freshman.

Everything seemed to favor the talented and top-seeded Longhorns. But match play doesn’t play favorites; it prefers volatility, and that’s exactly what it got.

Early on the back nine, Texas was in control, leading 3 up in four of the five matches. Hailee Cooper and Kaitlyn Papp were able to close out victories at the front of the Longhorns lineup to put Auburn on the ropes. But the Tigers didn’t back down.

“We’re definitely the underdog and we’ve kind of been that way the whole season,” said sophomore Mychael O’Berry, “and we don’t really like it.”

O’Berry found herself 3 down with five holes to play against Sara Kouskova when Luellen came to her on the 13th tee and told her, “You need to flip this match.” O’Berry fought back and did, getting up and down at the par-4 18th hole and watching as Kouskova lipped out a par putt to send the match to extra holes.

“She’s just a fighter,” Luellen said of O’Berry. “She gave me goosebumps watching her hit the shots down the stretch that she needed to hit.”

By that time, Auburn freshman Brooke Sansom was already playing bonus golf against Emilee Hoffman, both players battling for the deciding point. Earlier in the match, Sansom was 4 down after 11 holes before asking herself, “Brooke, what are you doing?”

“I was just giving shots away,” she said. “But then something just flipped.”

She won four straight holes to square the match before birdieing the par-3 17th to take her first lead. Three holes later, on the second extra hole, Sansom birdied to extend the Tigers’ season.

“We feed off of each other,” Sansom said. “We feel the vibes that everyone is sending out and it motivates us to get the job done.”

Auburn doesn’t plan on killing those vibes, either.

“We’re going to try to let this high carry over to tomorrow,” Sansom said.

Why not? The Tigers have nothing to lose. As Luellen said, they’re “swinging for the fences.”

And ready for a crack at an NCAA title on what is shaping up to be an action-packed final day in Arkansas. But can it beat Tuesday? 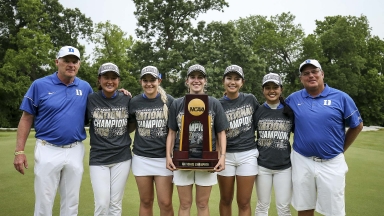 Jennifer Kupcho came back to school for this moment, but the Duke Blue Devils stole a victory away from the No. 1-ranked amateur and her Wake Forest teammates in an extra-hole thriller at the NCAAs. 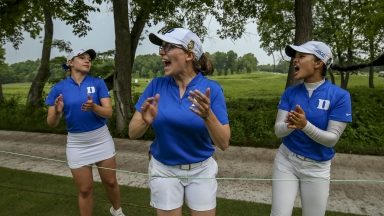 Carta: 'We have 2 more titles' than Duke hoops

Duke's women's golf team won its seventh NCAA title on Wednesday and made sure to note that it has two more than the storied men's basketball program. 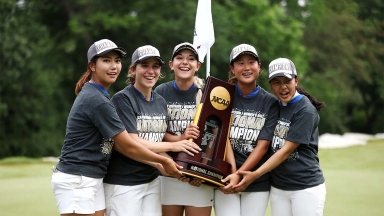