Wu locks up U.S. Amateur medal; Match-play bracket yet to be finalized 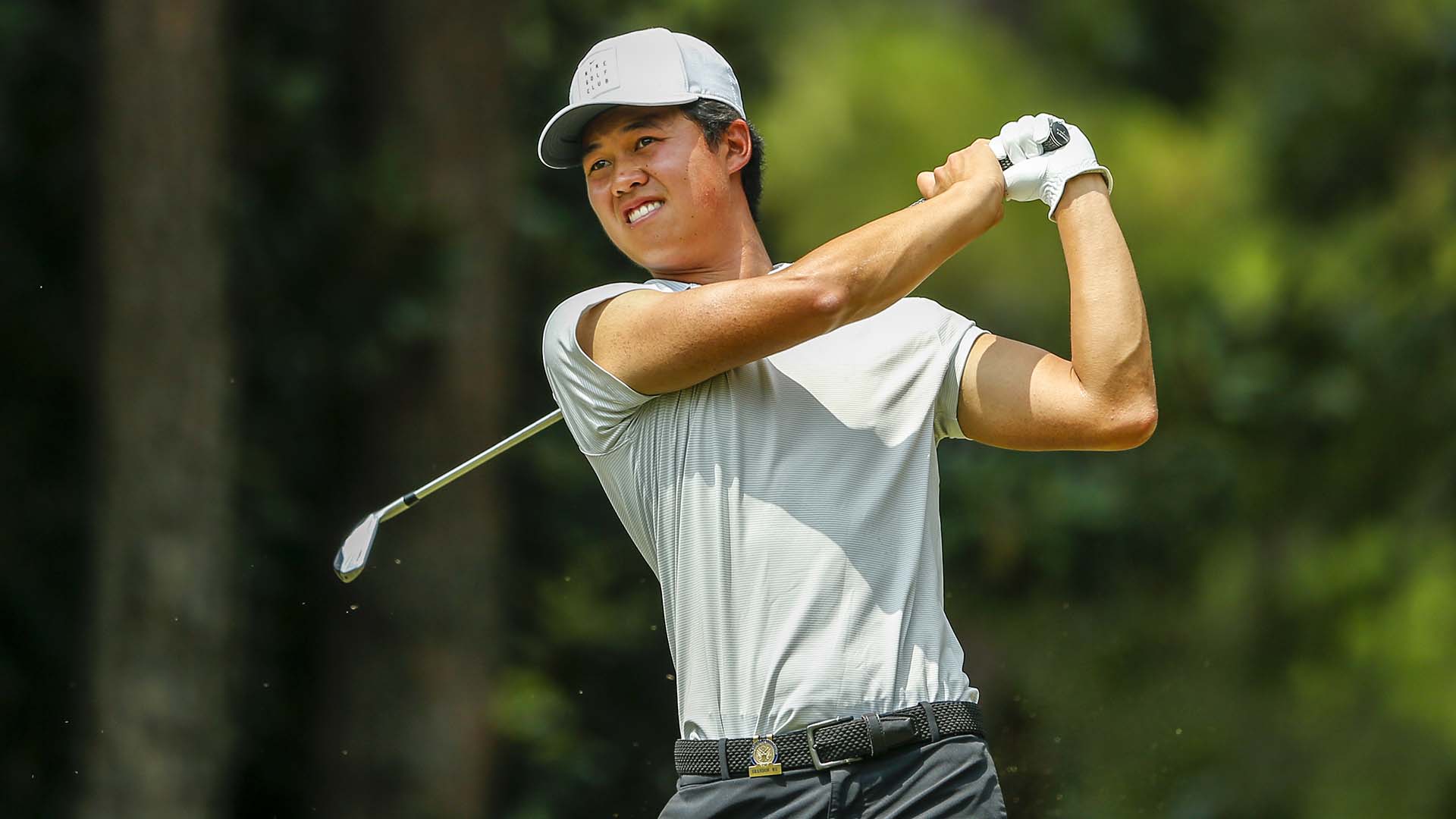 Brandon Wu shot 2-over 72 on a difficult Pinehurst No. 2 layout Tuesday to lock up medalist honors at the 119th U.S. Amateur. However, Wu will have to wait until Wednesday to officially receive his medal.

Play was suspended for darkness Tuesday evening, the result of a 1-hour, 21-minute weather delay earlier in the afternoon. Fifty players will return at 7:20 Wednesday morning to finish their rounds, but none of them are within three shots of Wu's 3-under 137 total.

“Toward the back nine today was definitely tough, just because No. 2 is such a mental grind, as well,” Wu said. “You’re trying to hit perfect shots on every hole just to maybe have a look at birdie, so that was kind of wearing down, and it was getting hot towards the end, too. Luckily I was able to finish it off, but I was definitely pretty tired.”

As of Tuesday night, 66 players were at 4 over or better, with 21 of those players right on the cut line. (That would mean a 21-for-19 playoff.) That group currently includes Oklahoma State's Austin Eckroat, Texas A&M grad Chandler Phillips, Florida State's John Pak, junior Akshay Bhatia, 2018 U.S. Am runner-up Devon Bling, Wake Forest grad Cameron Young, The Amateur champ James Sugrue and Pepperdine's Sahith Theegala. All but the latter two players are through 36 holes, while Sugrue and Theegala have two and three holes, respectively, to finish on No. 2.

World No. 1 Cole Hammer is 5 over with the par-18th hole to play on No. 4, and his playing competitor, world No. 3 David Micheluzzi of Australia, is 6 over and needs to hole out for eagle to get into a likely playoff – or hope that the cut moves to 5 over, which is possible and is where players such as Duke's Alex Smalley and Auburn's Jovan Rebula stand. Others have already seen their chances of advancing to match play end, including Oklahoma's Quade Cummins, Georgia's Trent Phillips, junior Michael Thorbjornsen, Arizona State's Chun An Yu, world No. 2 Conor Gough of England, Georgia Tech's Luke Schniederjans, Canada's Garrett Rank and SMU coach Jason Enloe. 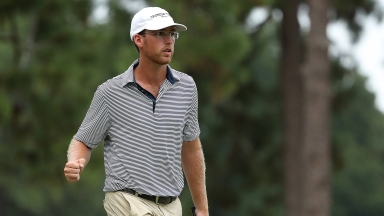 With Walker Cup looming, U.S. Am champ Ogletree without a passport

U.S. Amateur champion Andy Ogletree will be representing the U.S. in the Walker Cup at Royal Liverpool. One problem: he doesn't have a passport. 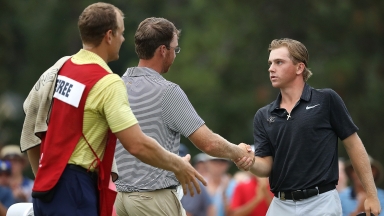 U.S. Am finalists join America's team of 10 for Walker Cup

U.S. Amateur champion Andy Ogletree and runner-up John Augenstein were selected to help round out the American Walker Cup team. 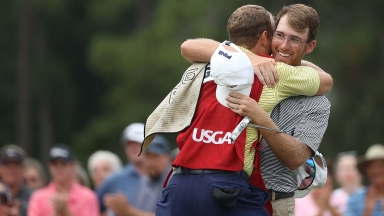 Ogletree, from grocery clerk to U.S. Am champ

Andy Ogletree's father used to tell him that he'd be bagging groceries at his store in Little Rock, Mississippi, if golf didn't work out. But golf worked out big time on Sunday when he won the U.S. Amateur.