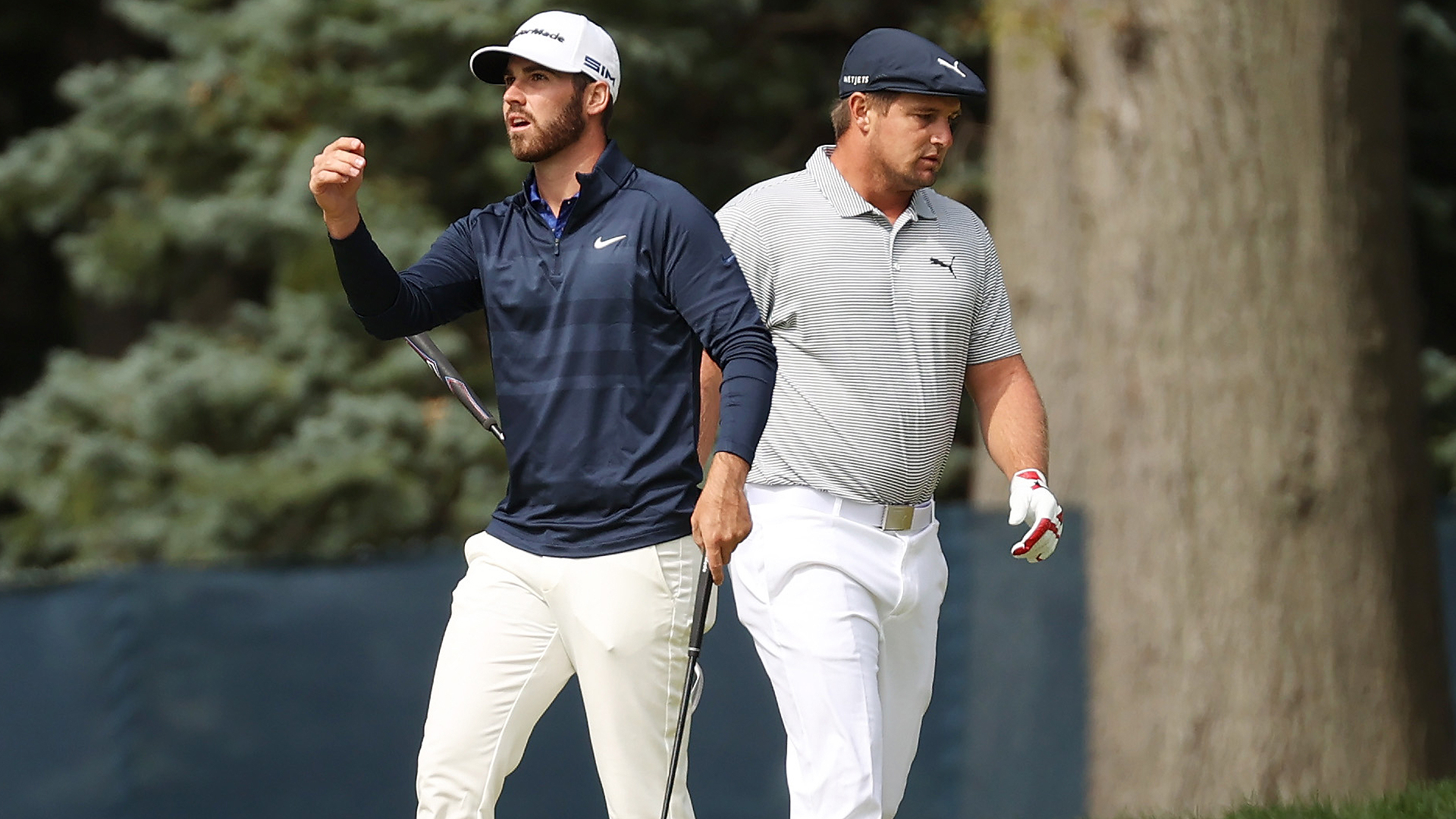 They finished 1-2 at last month's U.S. Open, and they'll spend plenty of time together this week. Here's a look at some of the featured groups for the Shriners Hospitals for Children Open, as the PGA Tour heads west for a two-week stint in Las Vegas and Bryson DeChambeau and Matthew Wolff find their names together once again on the tee sheet (Note: exact times released Tuesday):

DeChambeau won this event two years ago, and he returns to TPC Summerlin to make his first start as a major champion after bombing his way past the field last month at Winged Foot. Wolff finished second at the U.S. Open for his best-ever major result, and like DeChambeau he's returning to competition after two weeks off. Rounding out the group will be Champ, another of the Tour's longest hitters who will missed the cut at Winged Foot but will be looking to win his second start of the new season for the third straight year.

This group features the two combatants from last year's playoff, where Na won on the second extra hole. Two of Na's four career wins have come at this event, while Cantlay's affinity for TPC Summerlin includes his maiden Tour win (2017) to go along with a pair of runner-up finishes. Joining them will be Fowler, who finished T-4 at this event in 2018 but has dipped to No. 41 in the world rankings and enters off a T-49 finish at the U.S. Open.

Simpson won this event back in 2013, the highlight of a run that has included six top-20 finishes in nine prior starts. He'll be joined by the year's first major champion, as Morikawa returns to TPC Summerlin for the second straight year and looks to rebound from a missed cut at the U.S. Open. Rounding out the group will be Niemann, who like Simpson and Morikawa advanced to last month's 30-man Tour Championship and finished T-10 two years ago in his Shriners debut.

Garcia gets right back to work after his dramatic win at the Sanderson Farms Championship, his first victory on Tour since the 2017 Masters. This will mark his first trip to the Shriners since 2003, while Day is playing for the first time since a fourth-place showing in 2012. The Aussie racked up four straight top-7 finishes in July and August, but has slowed since and finished T-38 at Winged Foot. Matsuyama is more than three years removed from his most recent win but contended recently at both the BMW Championship (T-3) and U.S. Open (T-17) and has finished T-16 or better in each of his two prior appearances in Las Vegas.