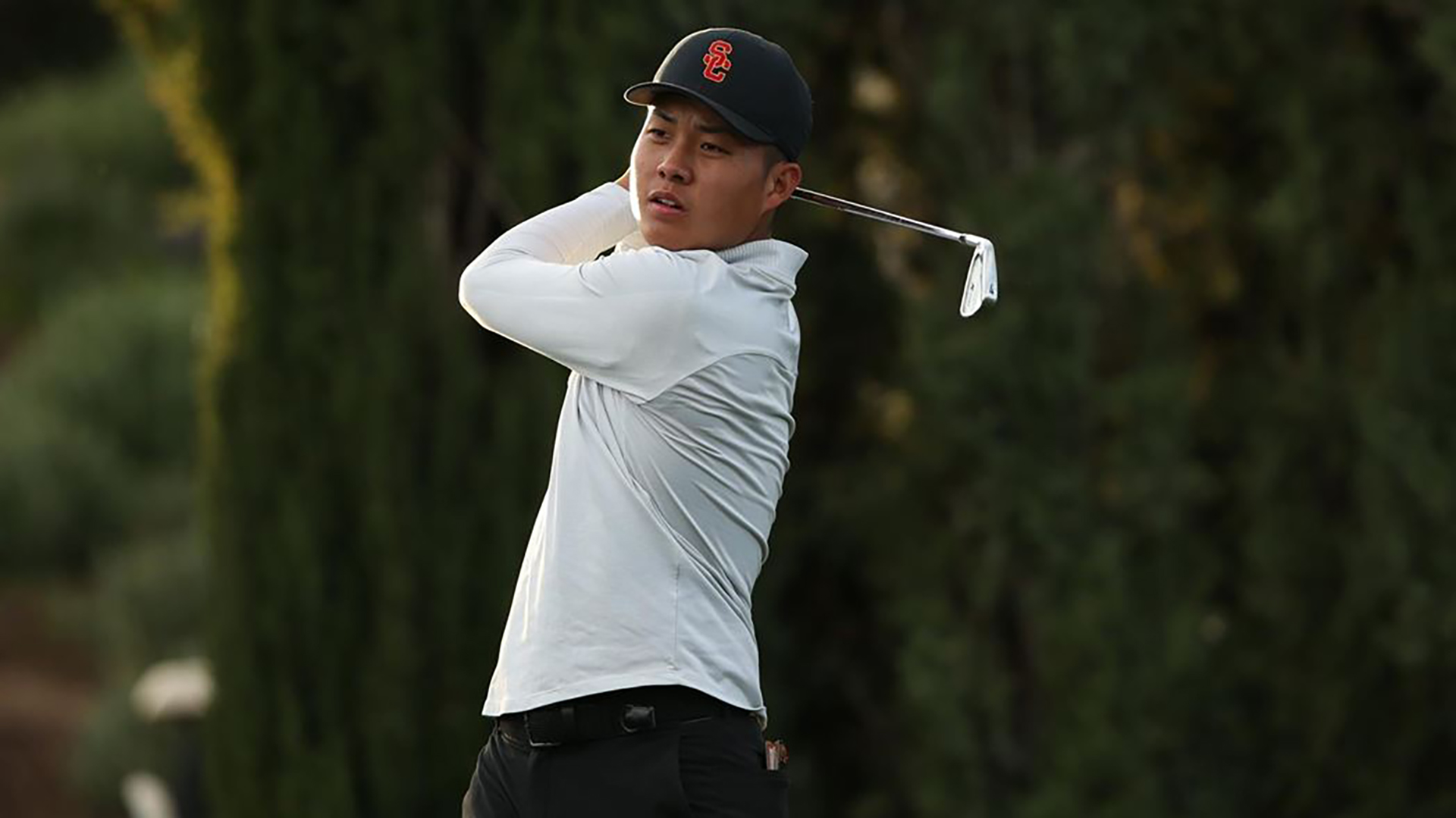 USC head coach Chris Zambri has always been known for his blunt assessments.

Being in Las Vegas made no difference.

“I would’ve hated to see what our odds were before the week started,” said Zambri, whose team entered the Southern Highlands Collegiate ranked 36th in the country.

Only three teams in the 15-team field were slated worse, and USC was coming off a 12th-place finish at the Amer Ari Invitational in Hawaii where the Trojans ended up 36 shots off the pace – or, as Zambri described, “got pummeled.”

“It’s just been kind of an odd year,” he added.

USC has rarely been at full strength this season. Stud freshman Yuxin Lin missed the Nike in the fall to play (and win) the Asia-Pacific Amateur. Sophomore Charlie Reiter transferred to San Diego during the break. Junior Kaito Onishi withdrew from the Southwestern with a neck injury.

Yet the Trojans, despite being longshots, cashed in Tuesday at Southern Highlands, topping a stacked field that featured seven top-10 teams and holding off a charging Texas squad to win by two shots.

Lin built a big lead after 36 holes before eventually losing in a playoff to Longhorns sophomore Parker Coody. Issei Tanabe was the only guy in the field to go bogey-free on Sunday before carding a final-round 69 and tying for ninth. Cameron Henry closed in 77 but had already shot 3 under between the first two rounds to end up cracking the top 25, by far his best finish of the season.

“Going forward, this is going to change things,” Zambri said. “Expectations might get a little different for us, but hopefully we can continue to have a similar approach, which is to work really hard, try to identify strengths and weaknesses, and get better.”

While always a realist, Zambri also knows these three days in Las Vegas could be indicative of what’s to come later this spring in Scottsdale, Arizona. Grayhawk shares some similarities with Southern Highlands – firm, fast, tough and etched into the desert.

Said Zambri: “That course looks like it’s going to fit this crew.”

Parker Coody didn’t figure he had much of a chance at winning the individual title Tuesday at the Southern Highlands Collegiate. The Texas sophomore started the final round seven shots back of leader Yuxin Lin of USC.

Then his tee ball got stuck in a tree.

With his odds dwindling in Las Vegas, Coody took an unplayable at the par-4 seventh hole, hit his third shot to 40 feet and drained the par save.

“That was one of the best pars I’ve ever had,” Coody said.

Still, with 12 holes to play, Coody trailed Lin by eight shots. But six birdies in his last 11 holes, including clutch birdies at Nos. 17 and 18, helped Coody track down his playing competitor Lin and force a playoff with the two-time Asia-Pacific Amateur champion.

While Lin has another Masters start to look forward to this April, Coody now has a professional start in his future, as well, after parring the par-5 18th hole in the playoff to secure his first college win and a sponsor exemption into the 2020 Shriners Hospitals for Children Open on the PGA Tour.

“That’s the goal, to play on the PGA Tour,” Coody said, “but it’s a good ways away and there’s a lot that I want to get done before then.”

That includes winning an NCAA title. The Longhorns were the preseason favorites but struggled in the fall. The spring has been a different story as Texas has gone second-win-second to start.

“Everyone came out this spring pissed off,” Coody said. “… We just started to put things together, the team started to bond better, things have gotten more competitive within the team.”

Coody has also turned things around after not posting a top-25 finish this season before this week. Suddenly, he has an individual title and a return trip to Las Vegas booked for this fall.

Sounds like bragging rights against his twin brother, Pierceson, who has yet to win in college. 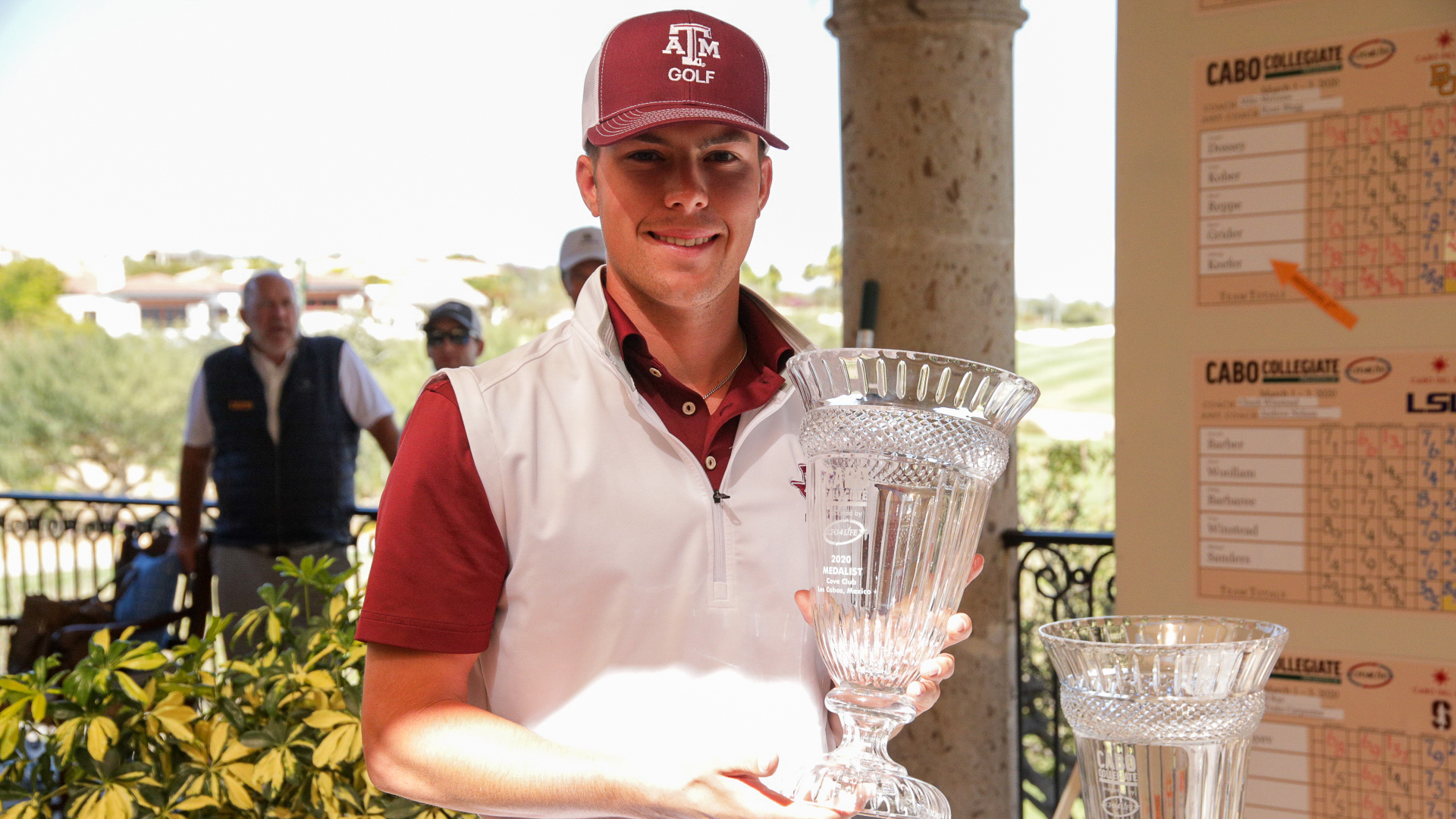 After the Aggies’ private flight from Cabo made a stop at customs in San Antonio, one of the plane’s wing flaps malfunctioned, forcing the team to drive the remaining three hours home. For Lee, who just hours earlier had won the Cabo Collegiate in an impressive final-round display, it just meant some more time with his new crystal.

Lee rose 23 spots on the leaderboard Tuesday afternoon at Cabo del Sol’s Ocean Course, tying the course record with a bogey-free, 7-under 64 and winning by a shot at 8 under, just ahead of Stanford’s Barclay Brown and Baylor’s Johnny Keefer.

The record-tying performance was capped with a birdie-eagle finish. Lee nearly drove the 327-yard, par-4 third hole to set up an easy birdie before going driver-wedge at the 555-yard, par-5 fourth hole and holing a 4-foot eagle putt.

“Nothing too crazy,” Lee said.

Considering Tuesday’s scoring average was 74.26 – or more than 10 strokes higher than Lee’s round – Lee certainly has a higher threshold for the extraordinary.

What would you expect from a kid who lists his favorite athlete as Johnny Manziel and favorite sports team as the Houston Astros?

“I like rooting for Patrick Reed, too,” said Lee, who seems to enjoy being a contrarian. "Tired of defending him, but I like seeing him win."

In his defense, Lee shares the same swing coach with Reed, Kevin Kirk, whom Lee has worked with for nearly a decade. He also comes from a family of rabid Texas A&M fans – both parents went to school there, and Lee’s father, Randy, and uncles, Jackie and Scott, all played golf for the Aggies.

None of them ever got to three individual wins, though, which is where Lee now stands after Tuesday’s triumph, which helped Texas A&M to a runner-up showing, its sixth top-3 finish of the season (the Aggies have won twice, in each of their first two spring events).

There will be a quick turnaround, too, as Texas A&M begins play at the Lamkin San Diego Classic on Monday. The Aggies also will play the week after, at the Valspar Collegiate, before taking a few weeks off to get ready for their home event, the Aggie Invitational.

Asked whether he can expect to be in the lineup for all of those events, Lee pointed to qualifying, which Texas A&M does a little differently, qualifying two spots and filling the remaining lineup with coach’s picks.

Not even for wins?

“It doesn’t mean anything,” Lee said, “but you’re probably in if you behave yourself.”

Luckily, Lee has more than one favorite golfer. 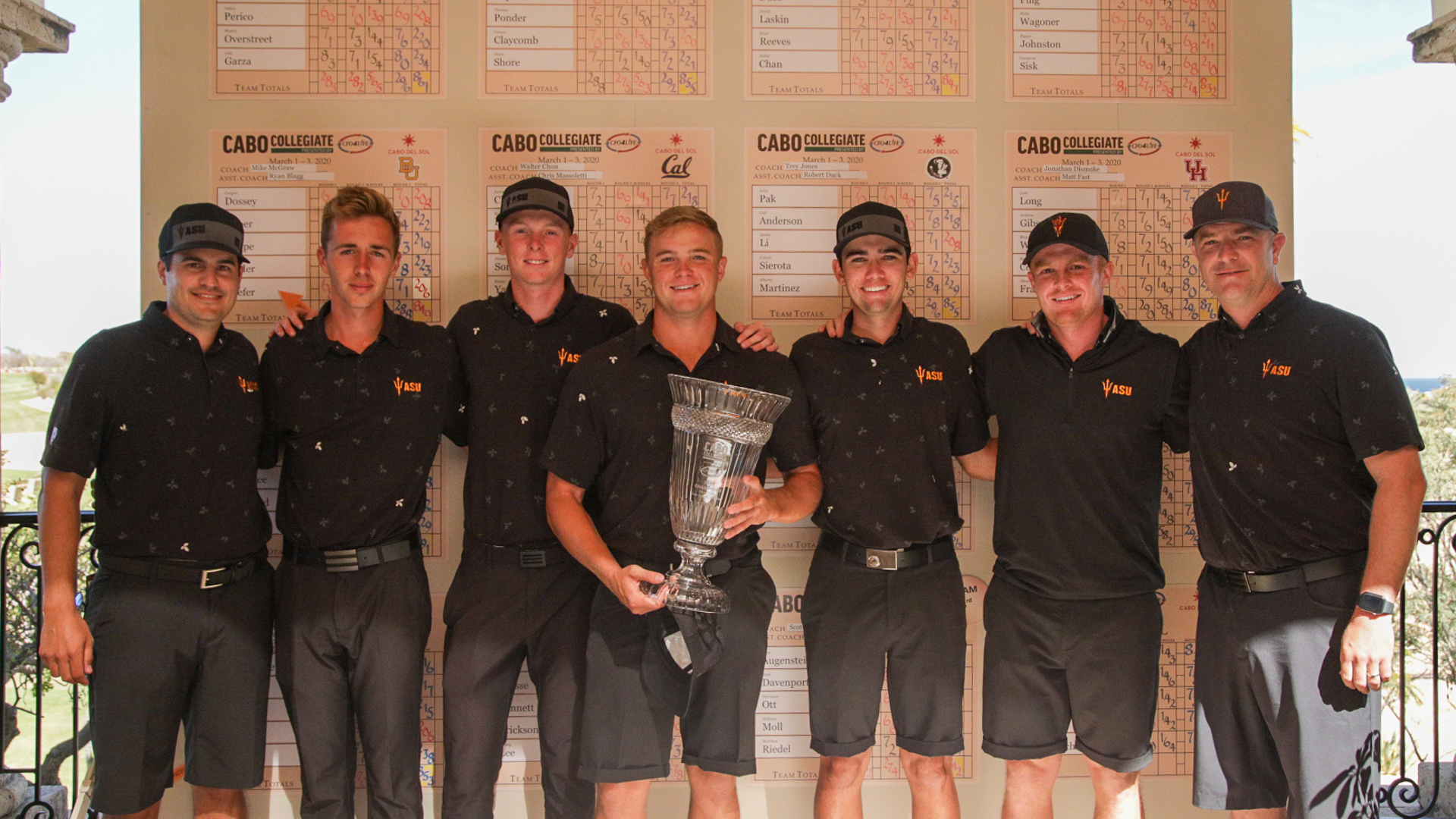 No Yu, no problem

As the wind picked up, Arizona State got better Tuesday in Los Cabos, Mexico. In blustery conditions of 15-plus mph sustained winds, the Sun Devils shot 10-under 274, their best round of the week, to flip the script on rival Arizona and win the Cabo Collegiate.

Arizona State, ranked ninth in the country, finished the 54-hole event at 20 under, eight clear of runner-up Texas A&M. The Wildcats, meanwhile, shot 10 over to fall to fourth, 15 shots back of their in-state foes.

“That round we played today was beyond what I could’ve expected,” Arizona State head coach Matt Thurmond said.

Especially considering the Sun Devils were without their best player, Chun An Yu, who is competing in this week’s Arnold Palmer Invitational in Orlando, Florida. With Yu out, one player didn’t step up, they all did. Junior Mason Andersen led the way at T-7 while senior Blake Wagoner, sophomore Cameron Sisk and spring enrollee David Puig all tied for 10th. Freshman Ryggs Johnston was T-14.

The top-10 was Puig’s first in college while Sisk returns to form after missing the lineup in the team’s last event, the Amer Ari Invitational.

“We’re better with [Kevin], of course, but this was a special challenge for us,” Thurmond said. “And these are the guys that maybe people don’t know their names as much and they wanted to make sure they did their part and that we proved to ourselves that we could do it even without Kevin.” 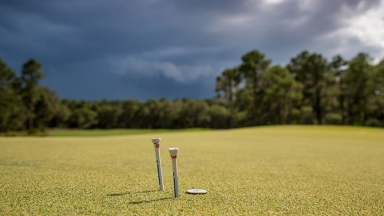 This week's college golf notebook looks at whether 18-hole shortened events should count toward rankings and head-to-head record. 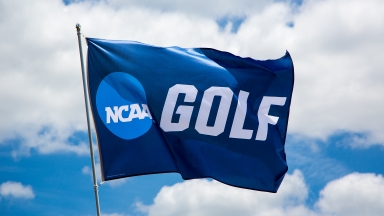 This week's college notebook lays out the details of why regular-season substitutions are being delayed until at least fall of 2021.