Cowboy down: Texas shocks 'best ever' OSU in NCAA semis 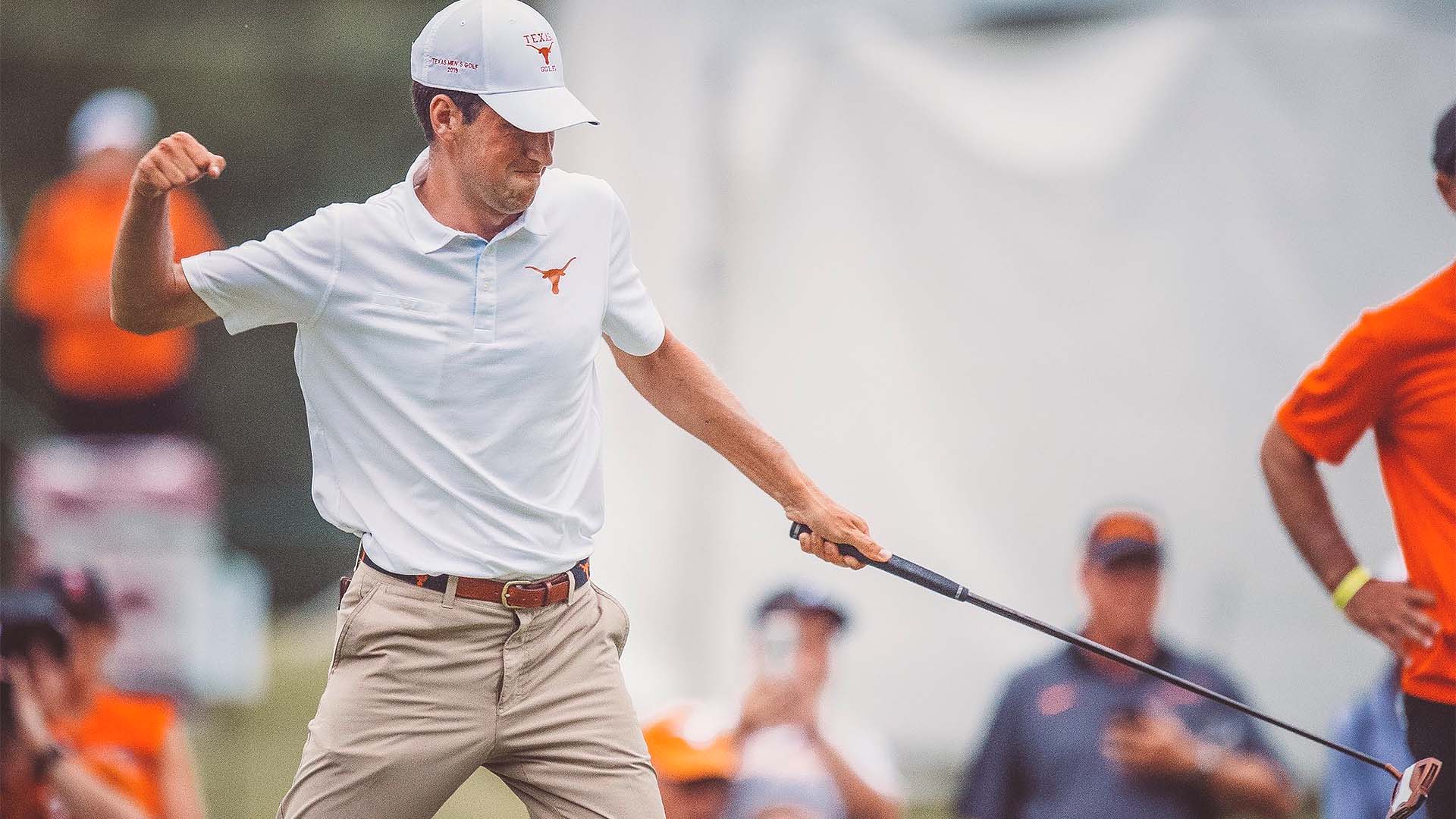 “We are trying to be the best college golf team that has ever lived,” Wolff exclaimed.

By Tuesday evening, that goal had flatlined.

The top-ranked Cowboys entered Tuesday afternoon’s semifinal tilt with fifth-seeded Texas as the undisputed favorites. Not only were they the defending national champions but they had won six times this season, including the Big 12 Championship and NCAA Louisville Regional, and cruised to the top seed by 31 shots in the stroke-play portion of the NCAA Championship.

But with Oklahoma State a point away from a repeat trip to the NCAA final and a meeting with Stanford on Wednesday, Texas senior Steven Chervony had other plans. He sunk a clutch 20-footer for birdie on Blessings Golf Club’s par-4 finishing hole and then watched as Cowboys senior Zach Bauchou’s 4-foot par bid on the first extra hole horseshoed out of the cup.

Texas, not Oklahoma State as everyone expected, was the one living to see another day at this championship after a 3-2 victory.

“We had nothing to lose,” Texas freshman Cole Hammer said. “OSU killed everybody in stroke play, and [the title] was theirs to win, so we just came out and fired at pins.”

Chervony may have earned the clinching point, but Hammer’s 4-and-3 defeat of Wolff set the tone for the upset. Hammer, who is 18-2 in match play since the beginning of the 2018 U.S. Junior Amateur, birdied six of his first eight holes to take a 3-up lead on the likely Haskins Award winner. Wolff made three birdie putts of his own, including two of more than 25 feet, during that run but miraculously only won one hole.

“I didn’t really miss a shot today,” said Hammer, who finished with eight birdies to Wolff’s six and closed out the match by nearly chipping in for eagle at the par-5 15th hole.  “It was almost perfect golf.”

Freshman Pierceson Coody was the other Texas player to earn a point, beating Hayden Wood, 5 and 4. Viktor Hovland and Austin Eckroat won their matches for Oklahoma State, which will enter next season with almost a completely different lineup after failing to win an NCAA title as the top match-play seed for the third time (2009, '10).

Bauchou and Wood are graduating while Wolff and Hovland are set to turn pro and forgo the remainder of their college eligibility. Eckroat will be the only returning starter.

In other words, the run of dominance is over – for now.

“We had a fantastic year,” Oklahoma State head coach Alan Bratton said. “What good theater that was right there. Hate to see it end that way. You don’t see lip-outs like that very often, but there was no one on our team I’d want to end that spot other than Zach; that’s why he was in that spot. He has been a star for us.

“We had a fantastic week. It’s not hard to find positives at all. That is not the way we wanted to week to end, but you’ve got to give Texas credit. They got three points and that is what it takes to win.”

Best team that has ever lived? Texas had something to say about that. 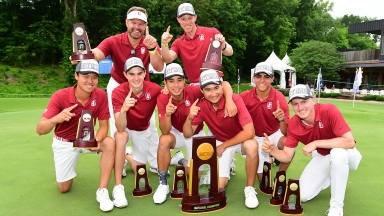 Here's a look at how some in the golf community congratulated Stanford on social media after winning the 2019 NCAA Men's National Championship at Blessings Golf Club. 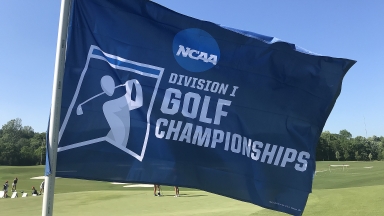 The Stanford Cardinal won the NCAA Division I Men's Championship at Blessings Golf Club in Fayetteville, Arkansas. Here's a look at scoring for the match-play portion. 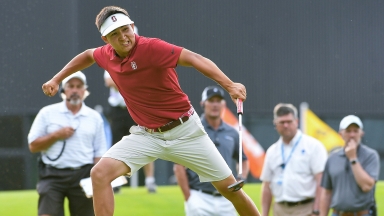 On the first hole of his NCAA semifinal match, Stanford freshman Daulet Tuleubayev cracked his driver. On his final hole, made birdie to send Stanford to the finals.