Cut Line: Bryson Ball is entertaining but not new; tip of the cap for Mr. Hatton 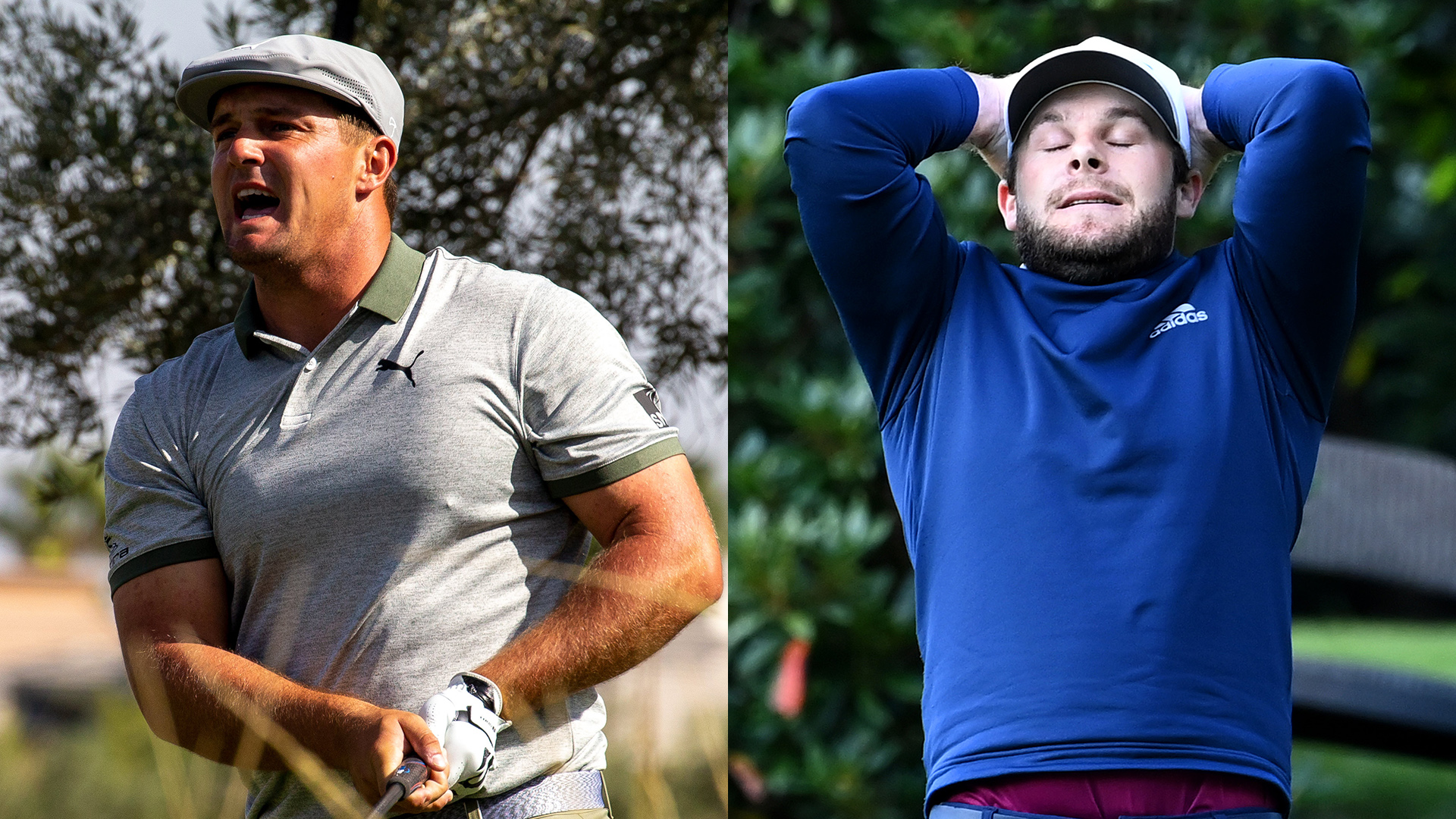 In this week’s edition of Cut Line, we recognize that golf has always been about distance, welcome a somewhat healthy Brooks Koepka back to the PGA Tour and applaud a career year during the strangest of years.

It’s distance, stupid. Bryson DeChambeau’s bench press of the golf world the last few months continues to be a hot topic, and with Augusta National looming and the thought of the danger the big fella could do with a 48-inch driver, DeChambeau remains in the headlines.

Even without DeChambeau in the field this week at the CJ Cup, his quest for distance was the buzz with players such as Justin Thomas and Rory McIlroy joining the conversation to be bigger, stronger, faster.

“I’m not far off. It’s really about messing with some different stuff and different training and explosiveness to be able to pick up something,” Thomas said. “There’s different ways to do it. I mean, the absolute No. 1 thing is I’m continuing to stay injury free and I’m continuing to progress in a good direction in terms of staying healthy and staying fit. But if I can do that while incorporating some more speed, then that’s big.”

McIlroy also appeared to lean toward the Bryson way of thinking – with one very important distinction.

“It's the way the game's going,” McIlroy said. “I got sent a really good article last weekend, it was in the Wall Street Journal just about every single sport becoming faster, longer, stronger, and I don't think golf's any different. I'm just trying to keep up with the way it's going.”

Bryson Ball is entertaining – and maybe even enlightening – but it’s not new. 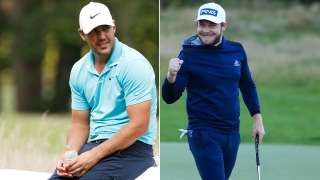 In the latest Golf Central Podcast, we chat about Brooks Koepka's return and yay or nay for Tyrrell Hatton's hoodie?

The year of Tyrrell. Dustin Johnson won the FedExCup and COVID-19 seemingly won everything else in 2020, but Tyrrell Hatton has overcome it all and more.

It started the week before the pandemic halted play in March with Hatton’s victory at the Arnold Palmer Invitational. Quarantine didn’t slow his climb, either, with back-to-back top-10 finishes after the restart. The Englishman added his second victory of the year at last week’s BMW PGA Championship, the European Tour’s flagship event, and he started strong at the CJ Cup despite the long flight from London to Las Vegas with an opening 65 and the first-round lead.

While many have struggled with quarantine and the uncertainty of this strange year, Hatton has pieced together a career year.

“I managed to kind of keep my head a little bit, although I did get a bit frustrated. That's always going to happen with me,” he said following his victory in March at Bay Hill. He was talking about his eventful final round at Arnie’s Place, but the concept has turned into a philosophy that works well beyond the confines of the golf course.

This isn’t golf related, Homa isn’t even playing this week, but we can relate. The computer camera doesn’t lie.

Brooks is back. Brooks Koepka returned to the PGA Tour this week for the first time since August when he was benched by injury. On Tuesday, we learned how serious that injury was.

Koepka explained that he has a tear in the middle of the patellar tendon in his left knee and that he’s been struggling with the injury for about a year and a half. That injury led to a left hip ailment, a tear in his labrum, that ultimate forced him to miss the U.S. Open.

How serious? “It's the whole reason I played like crap,” said Koepka, who struggled to an opening 74 in Las Vegas.

Koepka said he is as close to 100% healthy as he’s been in a few years and he was confident his game would quickly come around, but there was also a subtle warning about his hip, which required a cortisone shot.

“If cortisone doesn't work and it actually gets worse, it will be surgery and you're out for nine months,” he said.

Testing protocols. Dustin Johnson became the 15th PGA Tour player to test positive for COVID-19 when he did so this week, and he was forced to withdraw from the CJ Cup. It remains unclear if he’ll be able to play next week’s Zozo Championship.

While the Tour’s testing and protocols have been almost universally applauded for keeping the circuit from the kind of outbreaks that have persisted in the NFL and Major League Baseball, having the No. 1 player in the world miss at least one of the fall’s biggest events is concerning.

Early in the comeback there were concerns that some players and caddies weren’t taking the testing and protocols seriously enough, which prompted Tour commissioner Jay Monahan to implement a stronger policy that focused on personal responsibility.

Johnson’s withdrawal was the second consecutive week that a top-20 player was forced to the sidelines because of a positive coronavirus test (No. 17 Tony Finau being the other). It’s a far cry from what’s happening in other sports, but it should serve as a timely reminder of how the Tour made it this far.