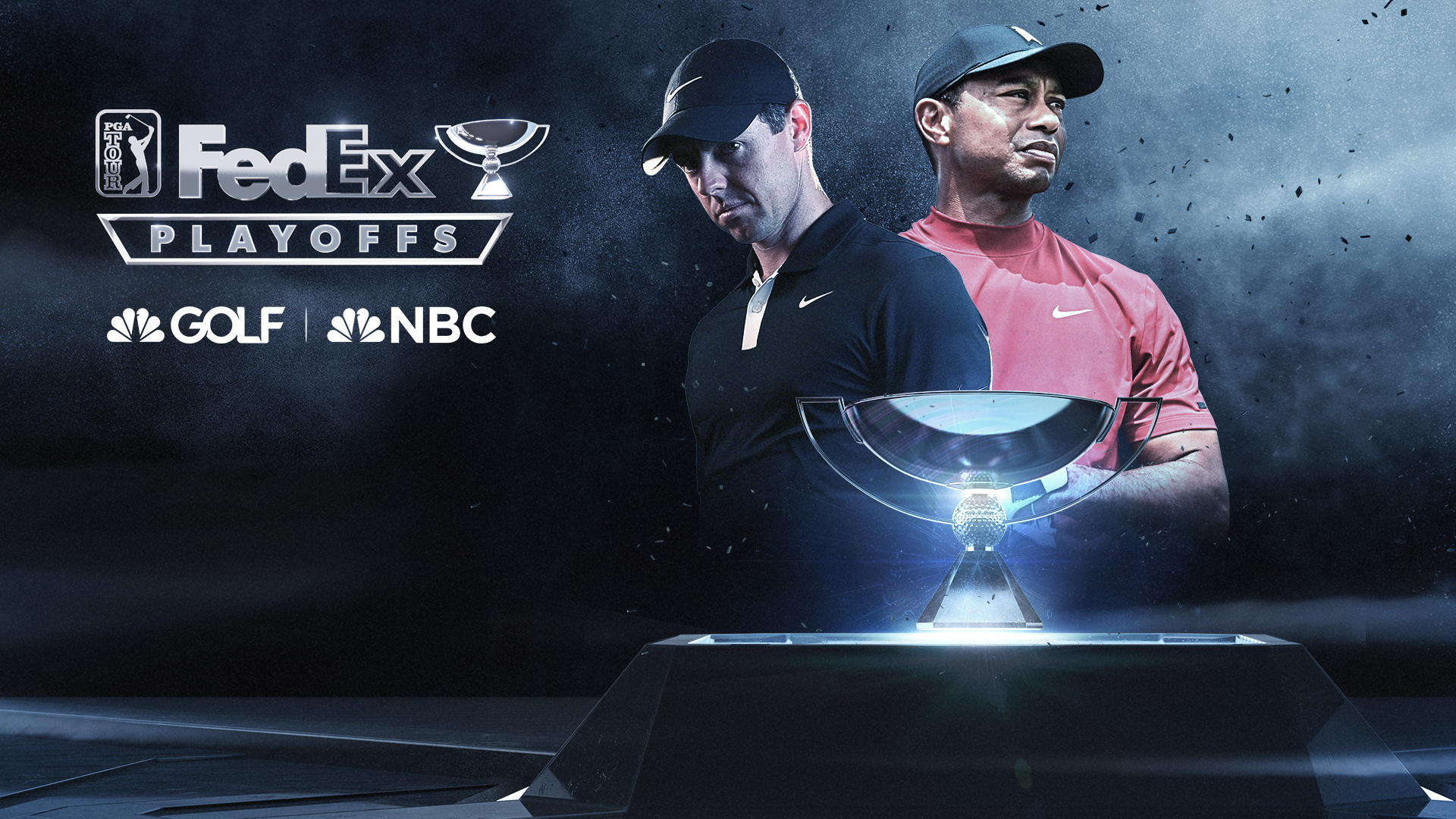 While the PGA Tour season is winding down, the race to the FedExCup is heating up! Golf Channel and NBC Sports will be there every step of the way with live tournament and news programming surrounding the FedExCup Playoffs.

Beginning with THE NORTHERN TRUST at Liberty National GC in New Jersey, the top 125 players in season-long points standings are eligible to tee it up in the first of three events that will ultimately determine the 2019 FedExCup champion. From there, the top 70 players head to the BMW Championship at Illinois’ Medinah CC, after which the top 30 will head to the finale at East Lake in Atlanta for the TOUR Championship. With even more even more prize money on the line this year ($15 million), drama will be at an all-time high throughout the Tour’s annual playoffs.

FedExCup points leader Brooks Koepka looks to dethrone last season’s champion, Justin Rose, with Rory McIlroy, Matt Kuchar, Dustin Johnson, Tiger Woods and Rickie Fowler all in the mix. Golf Channel is making sure you don’t miss a minute of the action: Live coverage kicks off with THE NORTHERN TRUST on Thursday at 2 p.m. ET.

Watch live streaming of the FedExCup Playoffs on Golf Channel via Streaming. Join in on the social media conversation by following Golf Channel on Facebook, Twitter and Instagram, and using the hashtag #FedExCup.

Watch even more of the FedExCup Playoffs on PGA Tour Live with NBC Sports Gold. See below for the full schedule of exclusive coverage. And for a limited time only, purchase a PGA Tour Live annual pass and get the 2019 Playoffs for FREE. Learn more here.