Hanse’s Pinehurst No. 4 to get extra billing at U.S. Amateur 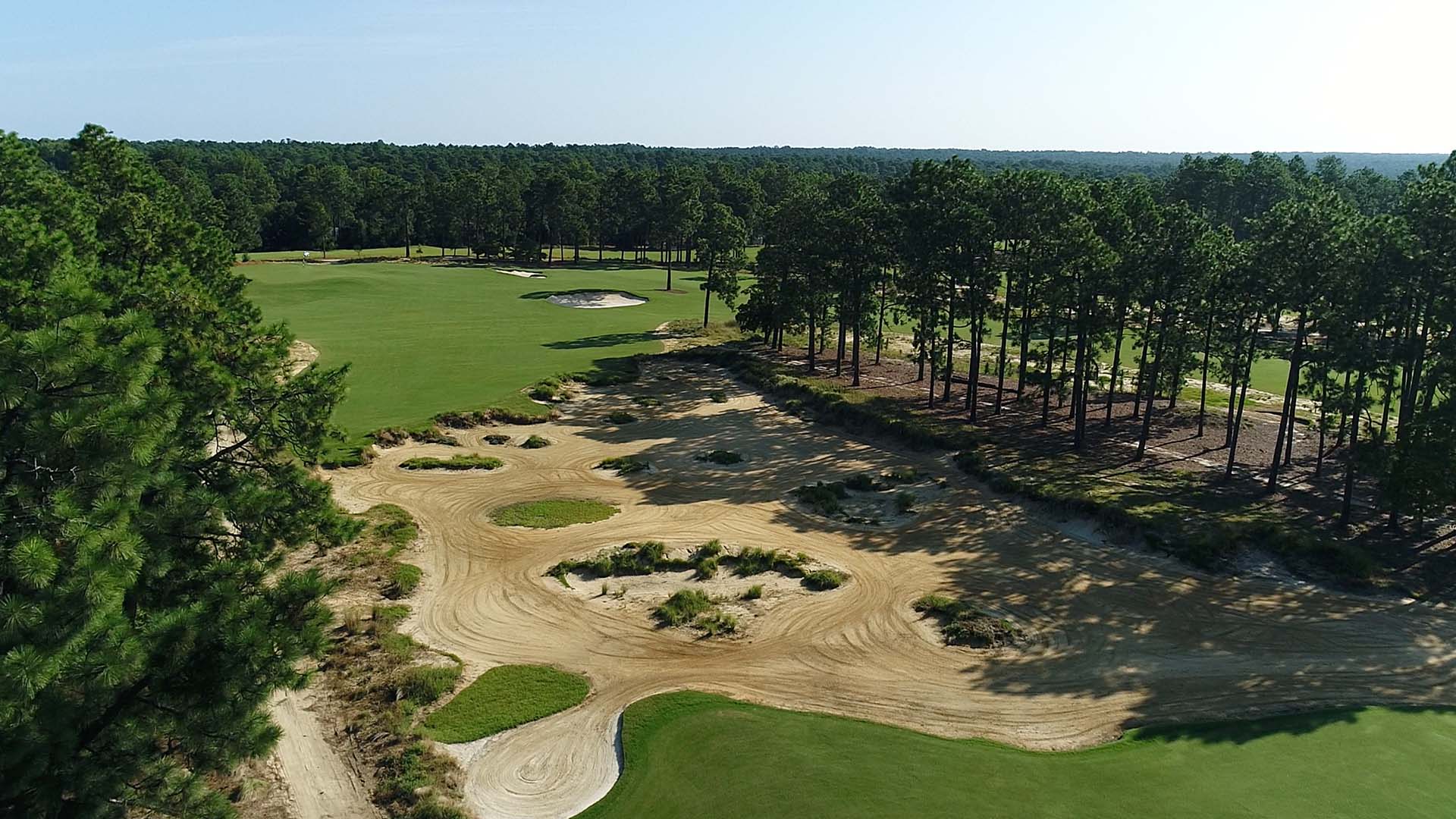 PINEHURST, N.C. – During his recent redesign of Pinehurst No. 4, Gil Hanse spent his non-working hours just off the third hole of the famed No. 2 course, bunking for six months in the house that Donald Ross built and lived in for many years. When the weather was nice, Hanse would walk through No. 2 on his way to work at No. 4.

“One morning I was crossing hole 10 on No. 2 and saw [hole] 9 on our course, which we had finished, and it felt like it belonged,” Hanse said. “That was the moment where it struck me that we’d done something special here.”

Hanse’s goal from the beginning was not to produce a course that would compete with No. 2 but rather one that felt seamlessly compatible with the world-renowned gem.

The new-look No. 4 opened in Sept. 2018, and less than a year later it will host its first major event when it serves as the co-host (with No. 2) for the U.S. Amateur, which begins Monday. It will be a notable debut, too, as for the first time in the championship’s 119 years the 36-hole final will be contested on two courses – No. 4 will get the morning 18, setting the stage for the finish on No. 2.

“That’s one of the interesting components, certainly from a course architect standpoint,” Hanse said. “They’re going to have to think their way through two different examinations instead of just 36 holes of one examination.”

That was Hanse’s goal from the beginning. While No. 4 certainly borrows an aesthetic and components from Pinehurst’s prized jewel, No. 2, it does possess its own identity.

Like No. 2, Hanse’s work succeeds in restoring the Sand Hills feel and natural beauty of the landscape, mainly by un-manipulating and reestablishing the terrain and eliminating the rough to allow for the transition from fairway to native areas of sand and wiregrass. A number of bunkers, many of which were added during a 1999 redesign by Tom Fazio, were also removed, and several green complexes were lowered. As a result, No. 4, which has actually gone through a few redesigns in the past 45 years, was reconnected to Pinehurst’s original Ross aesthetic.

“Stylistically, you never know why an architect makes decisions the way they do and what directives they get,” Hanse said. “In the 90s, that was in vogue, that style and that feel. Hopefully, we’ve created something a little more timeless because it harkens back to the 1890s instead of the 1990s.”

But Hanse didn’t fully restore No. 4; he couldn’t. Some of the original holes were sold off for real estate in the 1950s. Instead, Hanse looked at old aerial images of the property and borrowed several elements from the maiden 1919 design – bunker patterns, rectangular greens (i.e. the par-4 third), etc. 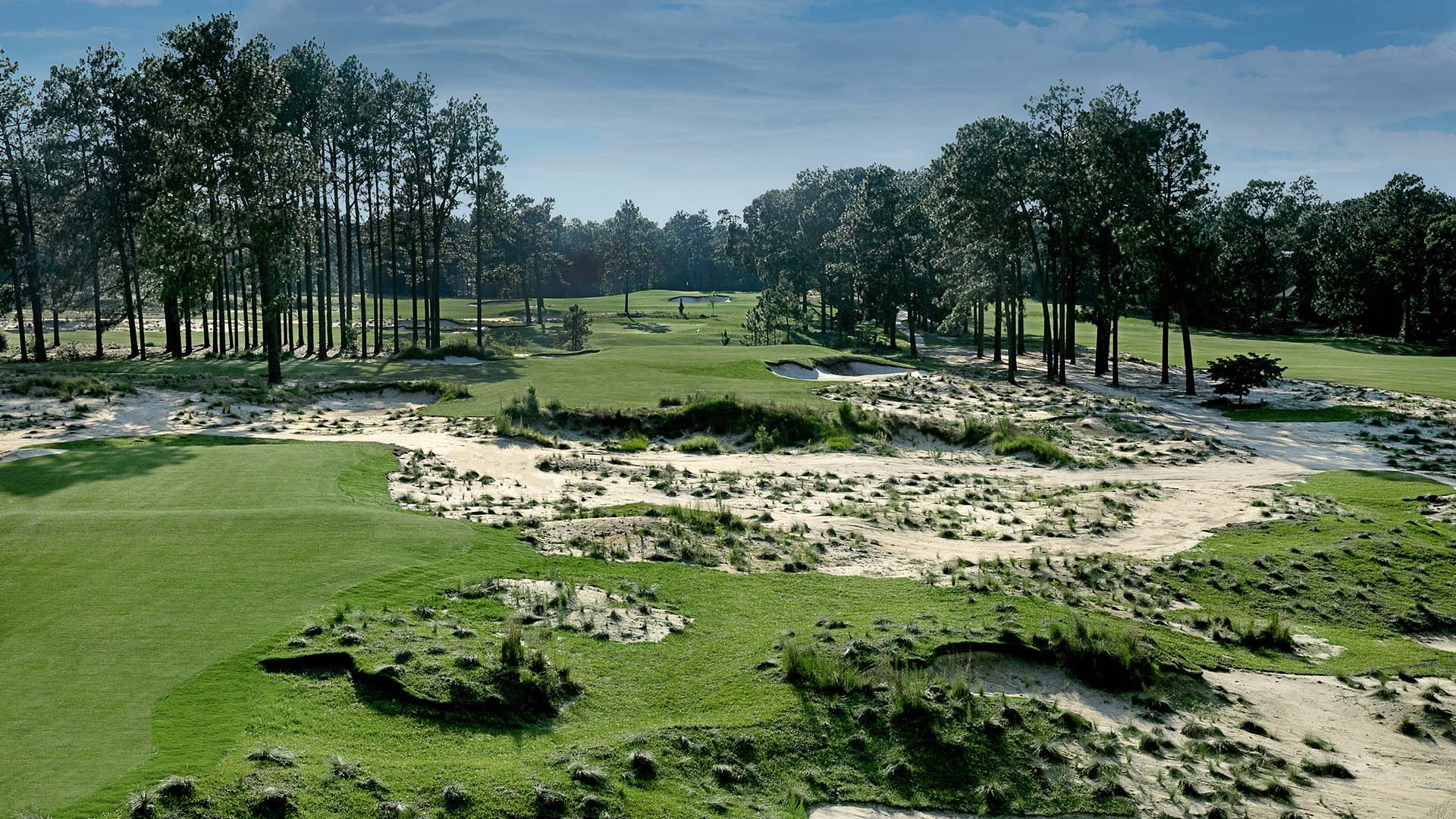 He also added other design features, many of which Ross used during his career, to the now wide and dramatic landscape. Instead of trying to copy green complexes from No. 2, many of which repel balls, he looked to add a few greens with slopes that feed balls into potential hole locations. He tightened the loop and eased the walk with the completely rebuilt par-3 11th and par-4 12th replacing the previous 12th hole. At the par-5 ninth, he removed all of Fazio’s 25 pot bunkers and instead added a great hazard, a la Pine Valley’s Hell’s Half Acre bunker.

The pacing is also improved, and No. 4 has one heck of a finish with the drivable par-4 16th, scorable par-5 17th and difficult par-4 18th. (Too bad the U.S. Amateur will only be nearly half over once the finalists reach the demanding finishing hole.)

Hanse said the first-year reviews have been overly positive.

“I’ve had many people come up to me and tell me that they thought that for the better player, course No. 4 was harder, which is what you want,” Hanse said.

The only question that remains is what Mother Nature will have to say. The area has been saturated by rain for much of the summer, including nearly 15 inches in July alone. August, though, been much drier so far, which is a positive when you consider No. 4 was built with the ground game in mind.

“We’re all praying that it’s firm and fast,” Hanse said. “…When you have the setup of this course in conjunction with firm and fast, there’s some wonderful things that will happen out there.”

• Ben Kimball, the USGA’s tournament director of the U.S. Amateur, said he envisions letting competitors play another practice round on No. 4 before the final, likely on either Friday afternoon or Saturday morning of tournament week.

“We need to give them the ability to see it because some of them will have not seen it since Monday,” Kimball said.

• Stanford grad Brandon Wu, who got a look at a wet and long Pinehurst No. 2 during media day in early July, said the 7,550-yard layout was demanding driver on nearly every par 4 and par 5. He anticipated, though, that if the course firmed up we’ll likely see more driving irons as the course shortens and narrows.

“You have to be hitting it in the fairway,” Wu said. “That’s a common theme but especially here. You may or may not be lucky if you hit it into the bushes, but it’s going to be a short week if you do.”

• Kimball added that he’s excited for the opportunity to have a variety of hole locations. Last year at Pebble Beach, small greens limited the variance of pins.

“The holes at Nos. 8 and 11 didn’t even change from the quarterfinals to the semifinals last year,” Kimball said.

• When Labron Harris won the 1962 U.S. Amateur at Pinehurst, President Dwight Eisenhower was in the gallery for Harris’ 1-up win over Downing Gray, following along in a blue golf cart. 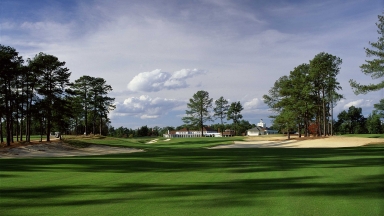 Hanse tapped to renovate Pinehurst No. 4

Pinehurst Resort in North Carolina has tapped architect Gil Hanse to renovate Pinehurst No. 4 and add a short course to the property. 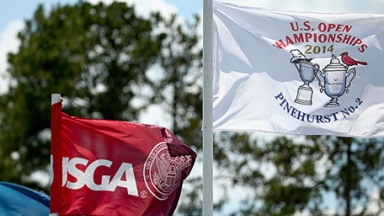 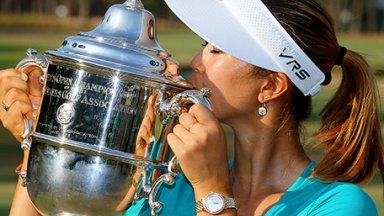 Seems this past weekend confirmed what many in the sport already knew – Michelle Wie is good for business.