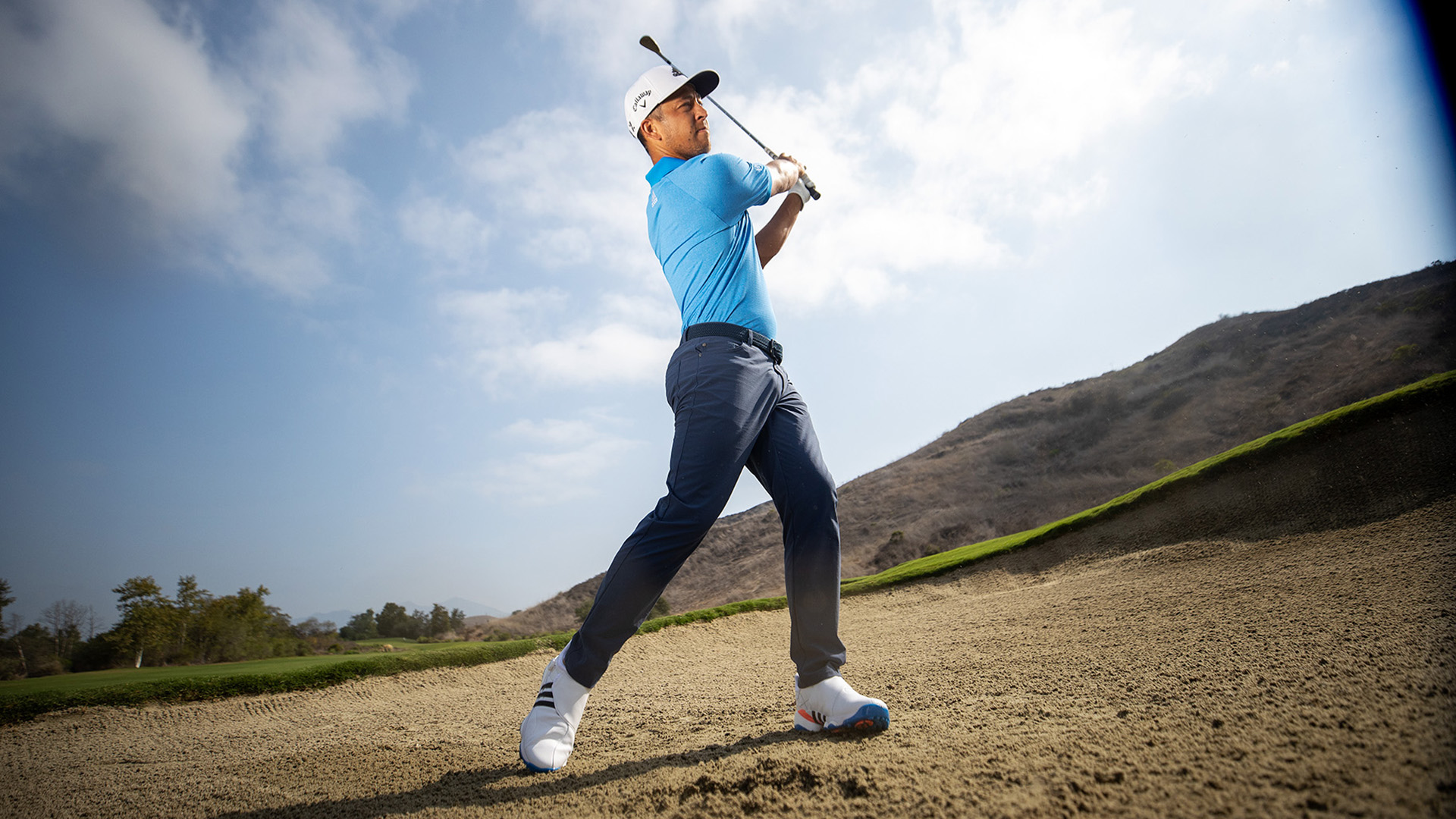 Seventeen years after launching the TOUR360 golf footwear franchise, Adidas has unveiled its latest offering from the series with the TOUR360 22. Here's everything you need to know:

WHAT STANDS OUT: Xander Schauffele’s influence. “It felt like meeting an old friend,” said Schauffele, who first was introduced to the TOUR360 22 when Masun Denison, Adidas Golf’s global footwear director, arrived at Temecula Creek Golf Course north of San Diego last January with a prototype for Schauffele to test out.

Schauffele, who has worn TOUR360 shoes as far back as college and most recently used TOUR360 throughout 2020, was impressed, but he wasn’t shy in providing Denison with critiques, mainly with the structure and support of the shoe, the cleat placement and even the toe-down aesthetics (the prototype likened to older TOUR360 models that featured two stitched lines down the toe, and Schauffele wanted a cleaner look).

“The feedback was very influential in the development of the product,” Denison said. “… Xander was excited to be involved from that point all the way to the final design execution, which is why you can tell and see how excited he is to wear the new model. In fact, he wanted to start wearing it early in October of 2021, but we had to hold him back.”

Schauffele instead was given the go-ahead to don the new footwear earlier this month at Kapalua, where he wore TOUR360 22 in a special colorway (to keep the new shoe “somewhat hidden,” Denison says). The final product was very much a creation involving Schauffele.

OTHER FEATURES: The focus for Denison and his team for TOUR360 22 was how do they improve two areas: fit and traction. For the former, they implemented what is called the Feet You Wear last, which was first developed and introduced in 1996 but not used in a golf shoe until now. The last mimics the natural shape of the foot, helping players create a better connection with the ground and allowing the foot to move naturally by hugging and cradling the foot’s natural contours.

As for traction, Spikemore technology was updated and improved by injecting the cleats, which are larger than past spikes but also vary in size and include a center cone for better grip, into the TPU base. Because of this, the shoe’s engineers were able to more precisely place the cleats, adjust their density and make each area of the outsole unique to meet demands of the golf swing. 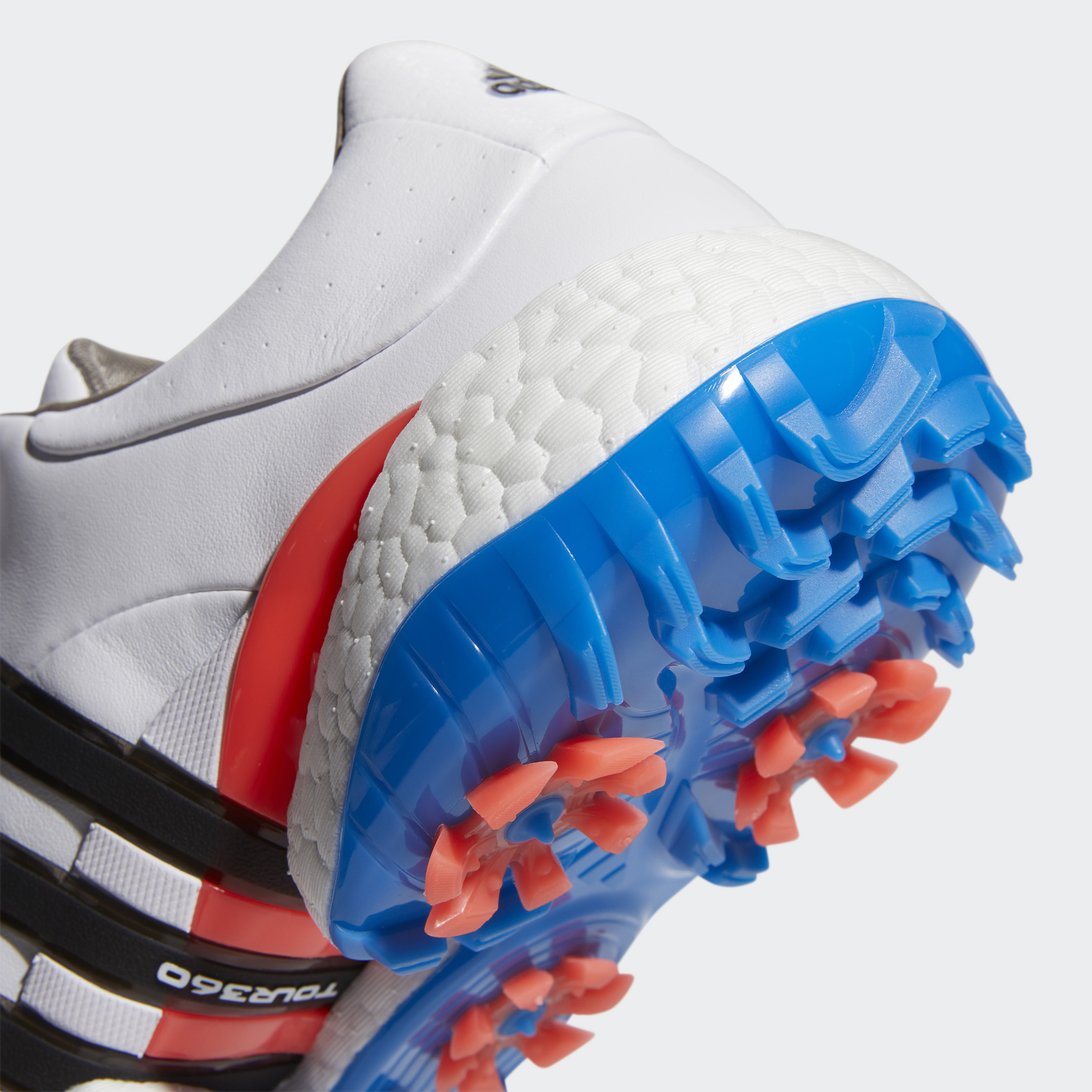 Also utilized in the TOUR360 22 was the DualStack Midsole, which combines full-length Boost cushioning with an EVA stability frame, a horseshoe-shaped frame that surrounds the perimeter of the shoe and gives golfers a stable base to swing from. The GeoFit Collar Pad adds comfort to the top of the foot, the Insite Sockliner increases cushioning around the foot, especially in the heel, and the 3D Torsion System is a mold plate that adds to stability in the midfoot.

WHAT THEY'RE SAYING: “I got to see first-hand how much detail went into bringing this shoe to life and that was a really unique learning experience. Footwear is so important in the golf swing, but it can also help boost confidence. After spending quite a bit of time testing the TOUR360 22, I know golfers will feel a higher level of stability, traction and comfort, which are things we all need from our footwear out on the course so that we can perform our best.” – Schauffele

“I’ve worn almost every model of TOUR360 since I started my career and I’m always amazed at how the footwear team continues to raise the bar year after year. I really like the design and style with this new model, but the traction, feel and comfort I get definitely make this the best version of the TOUR360 that I’ve ever worn.” – Dustin Johnson

“The TOUR360 22 is packed with so much innovation and technology that I could feel the difference the minute I put them on. What impressed me the most was how meticulous the team was throughout the design process, and I think the final product is a testament to adidas’ commitment to never stop striving for better. I’m really excited to perform in it this season.” – Danielle Kang 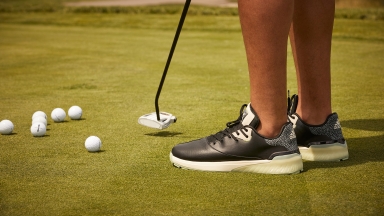 Adidas Golf has introduced its latest spikeless golf shoe, Rebelcross. Here's everything you need to know. 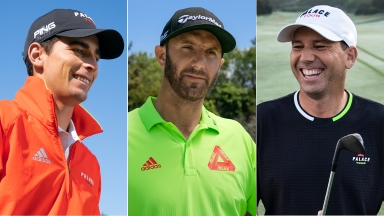 As seen at Riv: The new Adidas collab 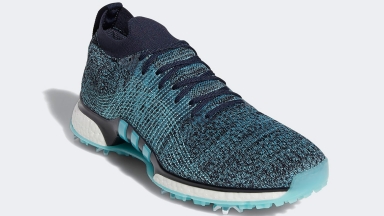 Adidas has teamed up with Parley for the Oceans to create a limited-edition version of its Tour360 XT golf shoe.