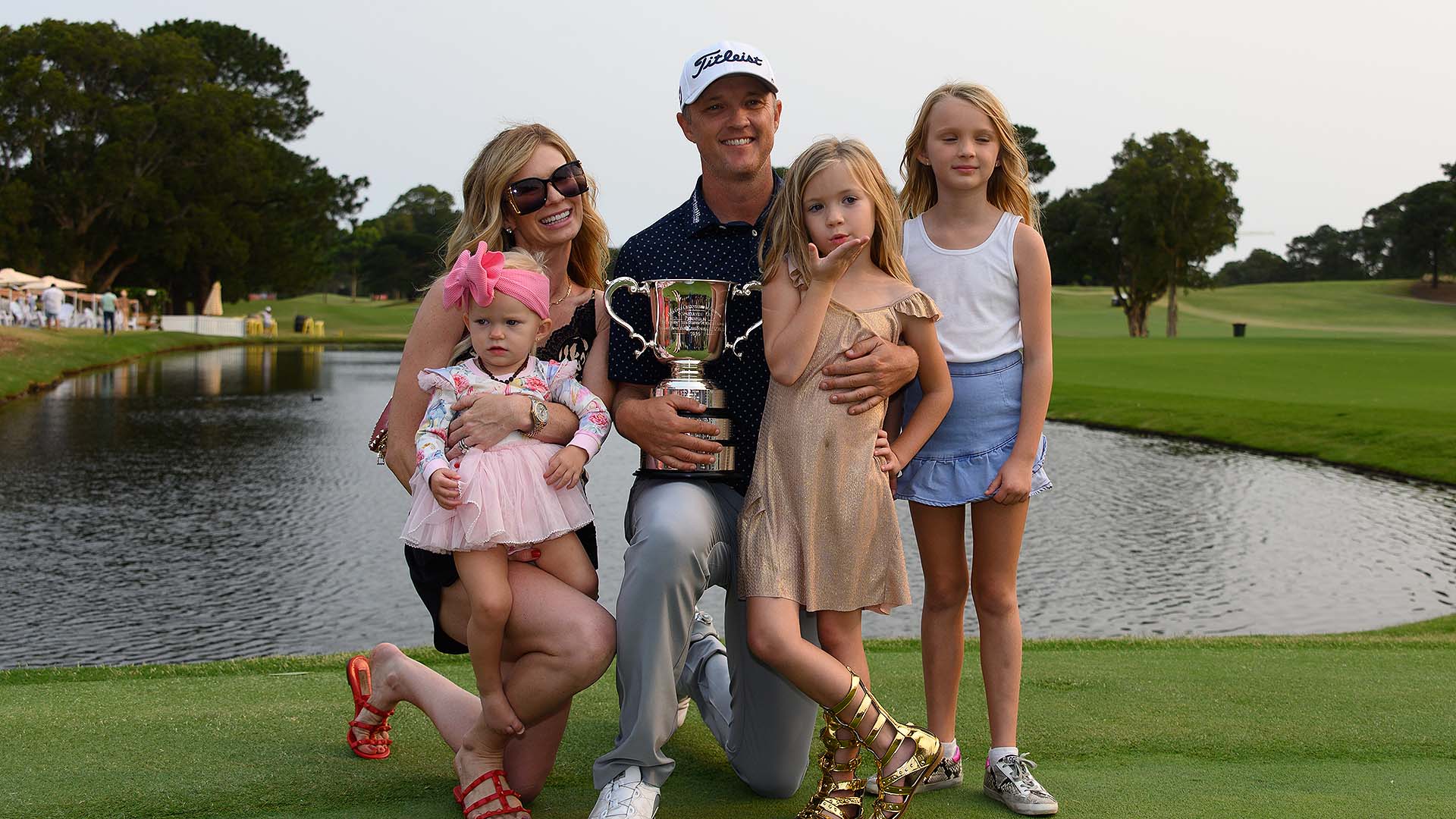 SYDNEY - Cruising for most of the final day after leading the second and third rounds, Matt Jones suddenly needed to make a big putt on his final hole for a second Australian Open title.

He came through, making a 4-foot par putt on the 18th to hold off Louis Oosthuizen by one stroke after a 2-under 69.

Jones, who is a member at the host Australian Golf Club and won his first national title there in 2015, finished at 15-under 269.

Oosthuizen, playing for the first time in Sydney, finished second after a 66. The South African eagled the 18th after hitting his second shot to 15 feet, making things interesting for Jones at the end.

''I was told on the 18th fairway that Louis had made eagle ahead of me,'' Jones said. ''So it was a pretty good up and down to win the championship.''

It's Jones' third qualifying spot for the British Open via a top finish in his home Open. 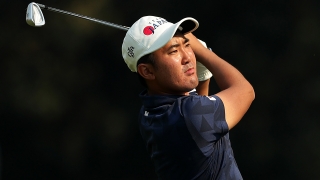 Am Kanaya among three Open qualifiers in Oz

Top-ranked amateur Takumi Kanaya was one of three players to qualify for The Open based on results at the Australian Open.

''I've played in maybe five British Opens and it's the one major I would most like to win,'' Jones said. ''To be able to do that and plan a schedule around that, will be fantastic.''

Kanaya said he didn't realize he needed a birdie putt on 18 to make it into the top three.

Chasing his first big win in Australia, Marc Leishman mounted a challenge until his round came undone with a double bogey on nine.

Leishman sprayed his approach into the deep rough right, chopped out to the cart path and came up short before two-putting to fall six shots off the pace.

Oosthuizen, Leishman and Adam Scott, who missed the cut, now move on to Royal Melbourne for next week's Presidents Cup, where they are all members of the International team.

Their team captain, Ernie Els, missed the Australian Open cut, giving him some extra time to prepare for the event against a United States team which has only lost once previously - at Royal Melbourne in 1998. 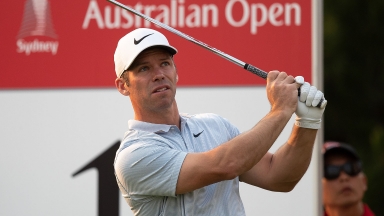 Casey 1 back of Aussie Jones at Australian Open

Paul Casey birdied his final four holes on Friday to get within one of Aussie Matt Jones through two rounds of the Australian Open. 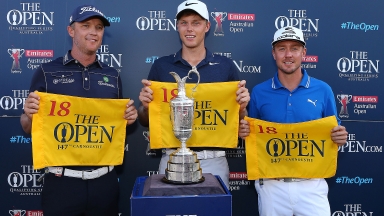 Australian Open winner Cameron Davis and runners-up Jonas Blixt and Matt Jones all qualified for the 2018 Open thanks to their finishes in Sydney. 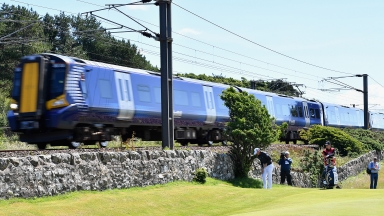 The picturesque Postage Stamp might get all of the attention, but Royal Troon’s par-4 11th hole is the real nightmare for players.