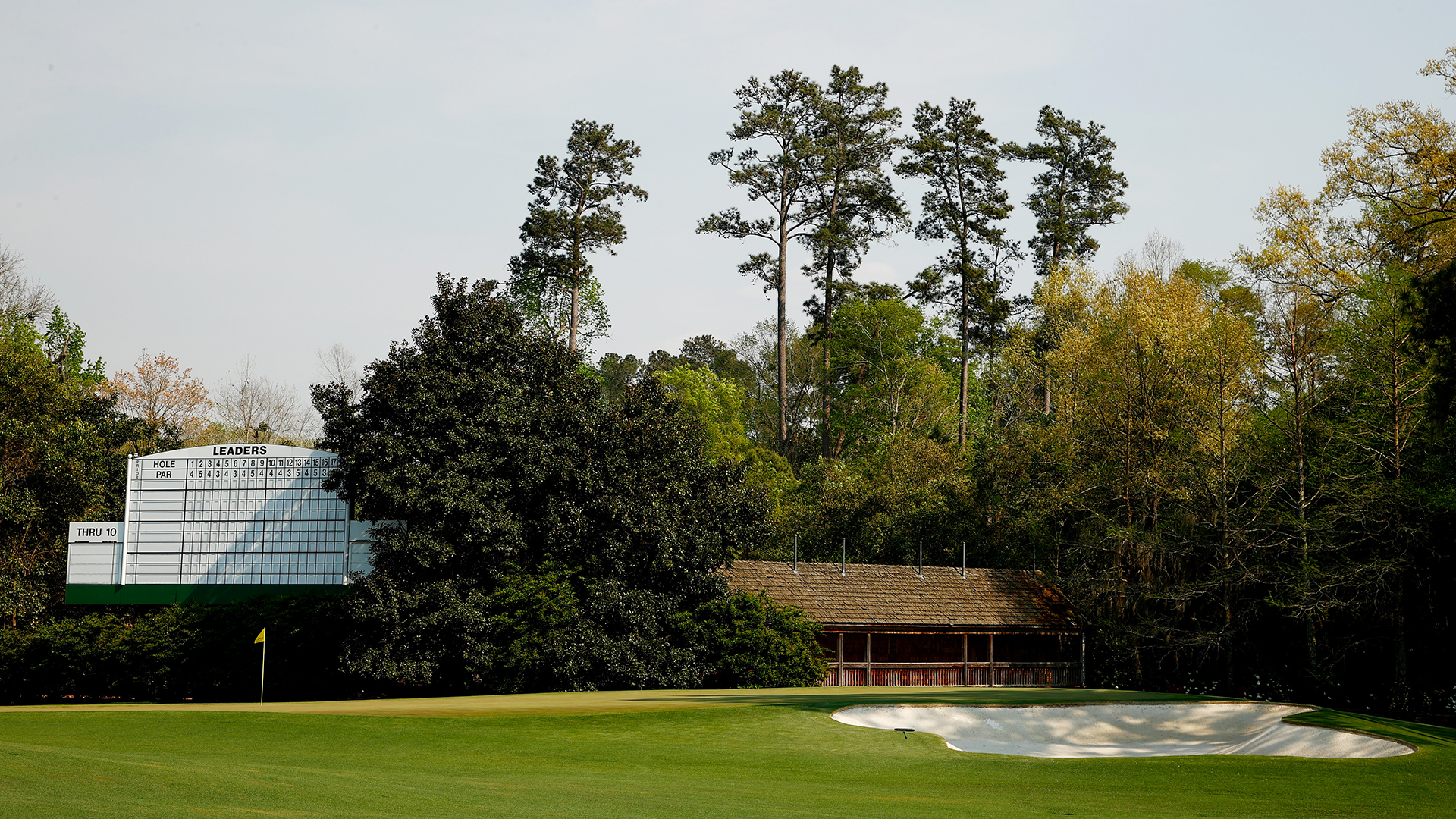 AUGUSTA, Ga. – It’s probably a surprise to many that there are just 34 spots in the Champions parking lot at Augusta National, which on Wednesday was half empty.

In normal years, the lot would be teeming with friends and family members preparing for the Par 3 Contest and savoring the lifetime of memories a green jacket provides. But these aren’t normal times.

The traditional Wednesday buzz, replaced by the sounds of a peaceful spring day, has been pushed aside for another year by COVID-19 restrictions and the cancellation of the Par 3 Contest.

But of all the empty spots in the cozy lot, one fit the metaphorical moment perfectly. It’s the space where Tiger Woods had parked his courtesy car on Sunday at the 2019 Masters. It’s where his caddie Joe LaCava relived that historic day to reporters after Woods’ fifth Masters victory and where the eye was irresistibly drawn on this particular Wednesday.

It’s no surprise Woods isn’t at Augusta National this week. Following what by all accounts was a horrific car crash in Los Angeles on Feb. 23, playing golf again, even golf at the Masters, has been pushed well down on the priority list.

“He said it's kind of starting to set in,” Thomas said.

Woods has missed the Masters before. He didn’t play in 2017 as he recovered from a back injury. He also missed ’14 and ’16, both with back injuries. But this is different.

This would have been his 24th start at the year’s first major. It also would have been something of a hangover celebration for that 2019 victory. Technically he was the defending champion in November, but that was without patrons, without the normal buzz, without the traditional pomp and circumstance.

This Masters without Tiger started sinking in on Tuesday. Normally Thomas plays a practice round with Woods and Freddie Couples on Tuesday. It’s a round that includes a healthy amount of trash talk, with one particular jab always aimed at Thomas.

“It's like, well, where are you going tonight or whatever? And I'm just like, whatever, I'm done. I get it. You guys are going to the Champions dinner and I'm eating at my house,” Thomas laughed.

The pandemic has limited attendance at the Champions Dinner the last two Masters, but by all accounts Tuesday’s traditional soiree wasn’t impacted. Defending champion Dustin Johnson served pigs in a blanket and miso-marinated sea bass, among other things, and Ben Crenshaw, who has become the unofficial emcee of the evening, was as entertaining and captivating as ever.

But the empty seat in the room, however metaphorical, was noticed.

“I somehow snuck a picture last night of Dustin, and I sent that to [Woods], and he goes, 'Man, I love it, miss it,'” Couples said.

Couples said he traded “four or five” text messages with Woods on Tuesday, including a picture of his group walking down the first fairway.

“I think the idea of him not being here maybe hit him yesterday morning,” Couples said. 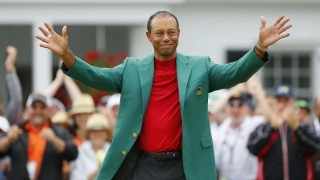 Tiger is not here, so we look back and we look forward, because that’s what we do

Some sports legends are tied to a singular event. For Tiger Woods, it's the Masters. He's not here this week, but his presence will forever linger.

Known for his stoic game face throughout his career, Woods has softened in recent years. Even at Augusta National, the original source of Tiger’s competitive spark, he’s taken a more scenic approach in recent years. Maybe it’s age or injury that’s forced him to savor what remains of his career, and on Tuesday, Couples and Thomas tried to reconnect with that side of Tiger.

“[Thomas] and I are on the same thread and we tried to get him in a rare mood, and we got him in a rare mood,” Couples laughed. “He's very funny, and he said a few things, called me a chop on one of them and I stink and blah blah blah, and then I wore the [Tiger-inspired] mask, but he's doing well. But he really wants to be here.”

In a statement on Twitter on Wednesday, Woods said he will “continue to focus on my recovery” following news that the Los Angeles County Sheriff’s Department had completed its investigation into the crash and that he wouldn’t be charged for reckless driving or issued a citation.

Rory McIlroy said he recently visited with Woods back home in South Florida, but he didn’t give an update on his condition. Instead, he offered a chilling assessment, “Hopefully, if his recovery goes well, who knows, he could be back in 12 months' time.”

The hole left by Woods’ absence this week is being felt by everyone, even Woods. Although he’s not the most nostalgic person, he sent Crenshaw a message to read at Tuesday’s dinner.

“It was really generally upbeat and that he was thinking of us and wishing he was there and wishing everyone the best for the week. And congratulating D.J.,” Adam Scott said. “It was all just positive things about the evening, which was nice to hear. Sounded very positive to me.”

Even before the collision in February that required multiple surgeries to his right leg and ankle, Woods was clearly being slowed by more back pain. He had just a single top-10 finish last season and tied for 38th at the November Masters. But then there’s never really been a correlation between his play and his popularity at Augusta National.

He’s as much a part of the place as pine trees and pimento cheese.

The unmarked spot in the Champions parking lot remained empty late Wednesday, a quiet tribute to the missing champion. The Masters has always been about more than just a single player, but this particular player at this particular Masters will be missed. 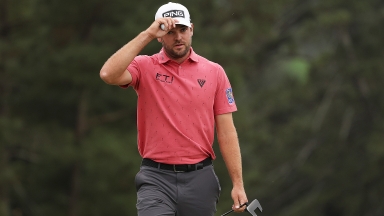 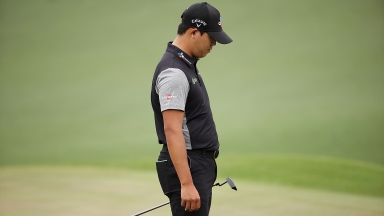 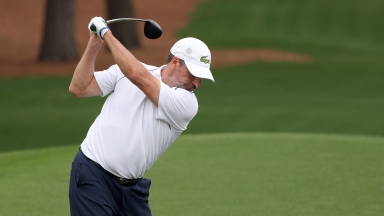