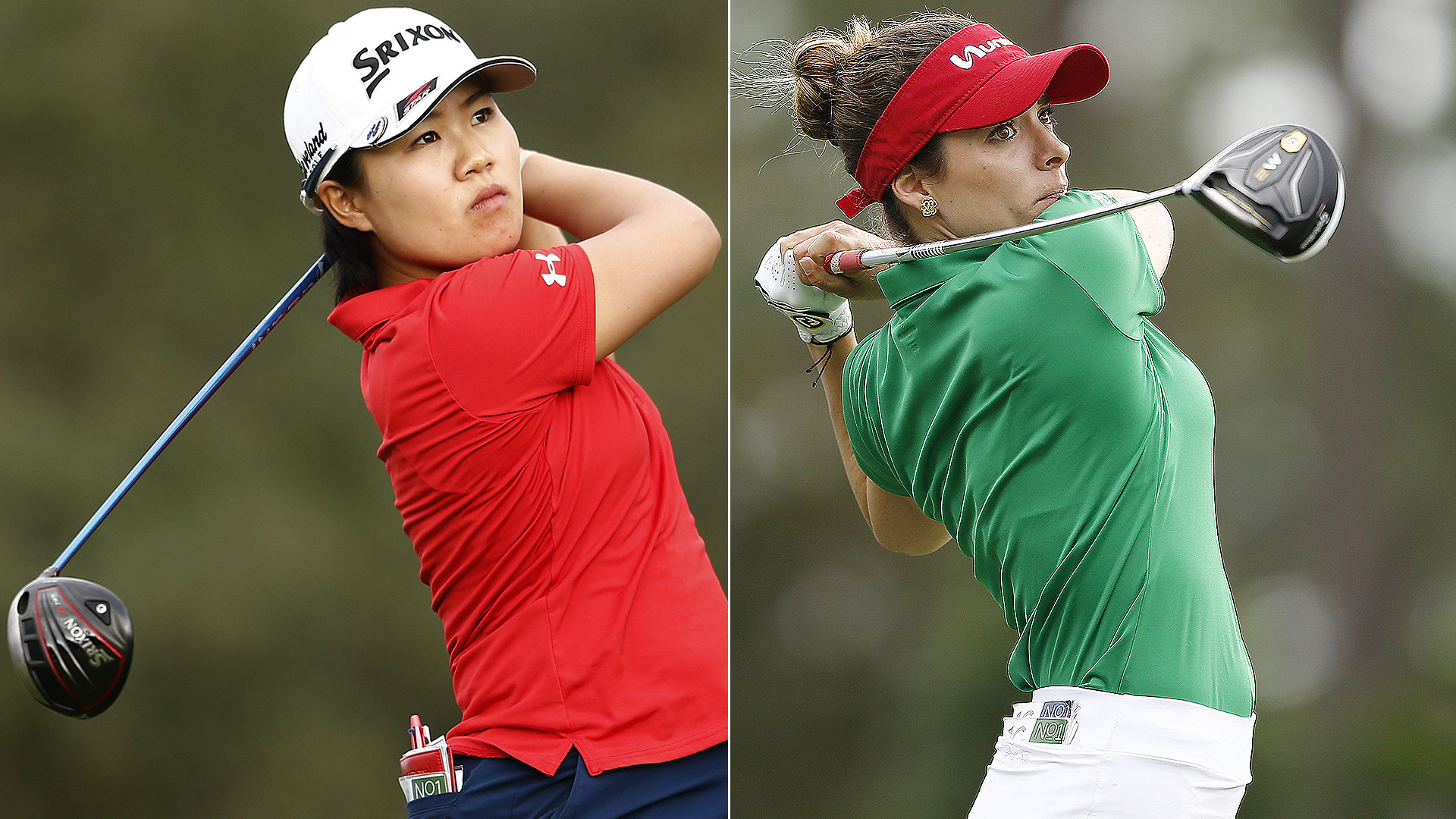 They will return Monday at 8 a.m. ET to pick up where they left off after five sudden-death holes (you can watch live on Golf Channel).

Hataoka, Lopez and Inbee Park all ended regulation at 13 under with Park eliminated at the third playoff hole after pulling her tee shot left in the water.

Smoltz, the former Atlanta Braves pitcher and Fox MLB analyst, racked up 39 points Sunday in the modified-Stableford format to hold off some formidable challengers. He finished at 150 points overall, nine better than Mardy Fish and 12 better than Mark Mulder.

Chad Pfeifer, a disabled military veteran who lost his lower left leg in the Iraqi war, finished fourth, 14 points back.

The LPGA’s season opener finished under lights around the 18th green. It’s already the longest LPGA playoff since Pernilla Lindberg defeated Park over eight extra holes at the ANA Inspiration in 2018. The longest LPGA playoff in history came at the Corpus Christi Civitan Open in 1972, when JoAnn Prentice defeated Sandra Palmer and Kathy Whitworth over 10 holes.

Hataoka and Lopez will be looking to end their playoff as quickly as possible. Sunday’s action was suspended at 6:04 p.m. ET.

Lopez closed out a 5-under 66 in dramatic fashion, holing an 18-foot birdie putt at the last to get into the playoff after Hataoka and Park couldn’t birdie the 18th coming home behind her.

Hataoka closed out with a 68. She and Lopez made pars on each of the five playoff holes, all staged at the 18th, a 197-yard par 3.

“It was really hard to read the greens, so we finished,” Hataoka said.

“I’m so happy to be here,” Lopez said. “You can’t imagine how happy, how blessed, how fortunate I feel. This opportunity is exactly what I look for every day of my life.”

After taking a penalty and re-teeing to hit her third shot, Park almost holed out.

“Today’s round itself was disappointing,” Park said. “I didn’t hit many shots close or make a lot of putts.”

Park took a two-shot lead into the final round but a 71 wasn’t good enough to close out.

“This is only first event back, for 2020,” Park said. “I have already played good golf this week, just not great today.” 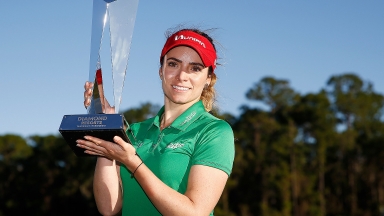 Gaby Lopez rolled in a 25-foot birdie putt at the seventh playoff hole Monday morning to win the Diamond Resorts Tournament of Champions.

Video surfaced during Sunday's final round of the Diamond Resorts Tournament of Champions of what looked like Nasa Hataoka mismarking her ball. Turns out it was much ado about nothing. 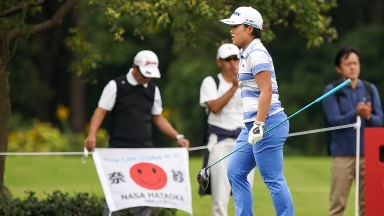 Hataoka co-leads; J. Korda, Yin one back in China

Nasa Hataoka and Amy Yang share the lead at the Buick LPGA Shanghai, with a handful of huge names giving chase in China.