Now on the first tee, Petr Hruby from ... Pepperdine? 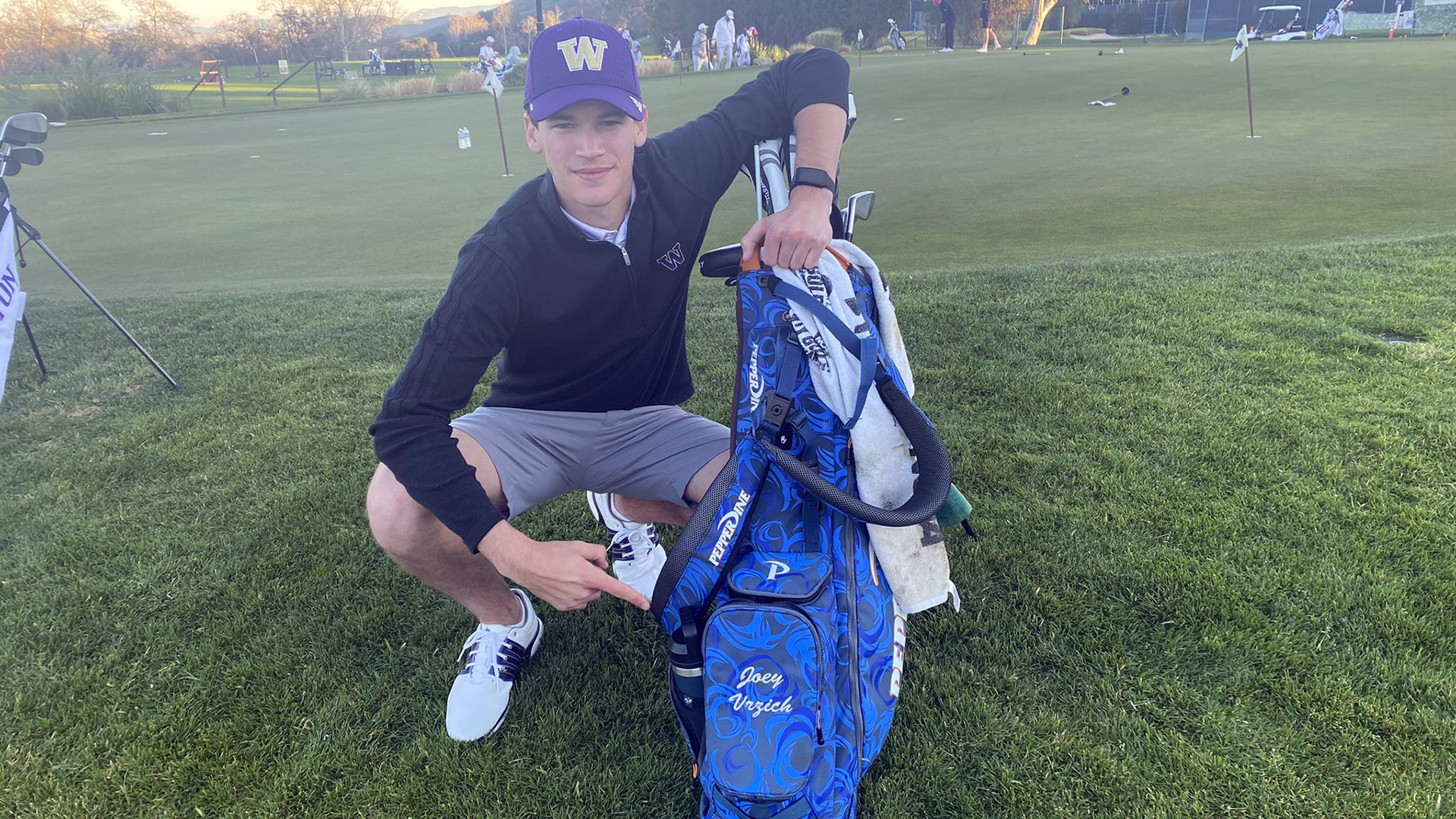 WESTLAKE VILLAGE, Calif. – Washington junior Petr Hruby estimates at least two dozen people had come up to him the first three days of the Southwestern Invitational and inquired as to why he was using a Pepperdine golf bag.

“Everyone thought I lost a bet or something,” Hruby said.

In reality, Hruby’s actual golf bag had been shipped by the airline to Nashville, Tennessee, from Seattle, and two days into the Huskies’ spring opener in Southern California, Hruby was still without his clubs.

So, Pepperdine senior Joey Vrzich grabbed his bag from last year and put together a makeshift set for Hruby for Sunday’s practice round. Hruby couldn’t use the irons, though, and instead borrowed a teammate’s sticks. His Titleist rep then headed down to Carlsbad, California, to get some replacement clubs, and found Hruby the same woods and similar irons to the ones he played during the practice round.

The putter came from the North Ranch Country Club pro shop, an Odyssey White Hot OG mallet, and his shoes were an extra pair brought by Washington senior Noah Woolsey.

“Luckily, they were brand new, and they didn’t smell bad yet,” Hruby said.

Still, he had to keep using an opponent's golf bag. Hruby was 3 over through 36 holes playing with the replacements, and despite the inconvenience, he’s managed to stay positive.

“We’ve been trying to figure it out,” Hruby said. “They were supposed to come at 8:30 Monday night, and then that got delayed to 1:30 today. Hopefully, I’ll have them for tomorrow.”

Good news: Hruby’s golf bag did, in fact, arrive Tuesday night and he was able to put his gamers in play for Wednesday’s final round.