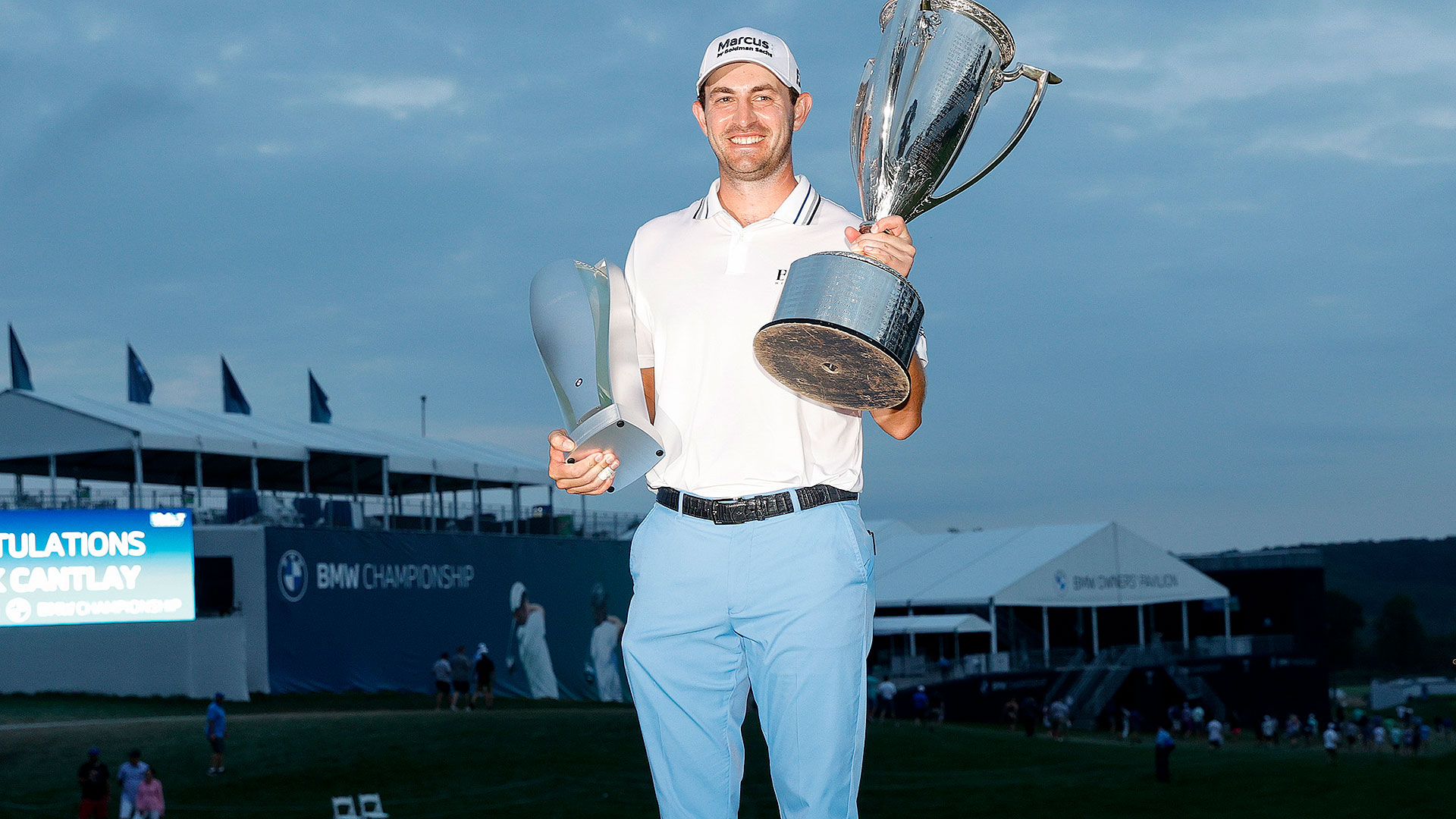 OWINGS MILLS, Md. – If we needed final confirmation that Patrick Cantlay was a stone-cold killer on the golf course, we got it Sunday.

Locked in a low-scoring battle with big, bad Bryson DeChambeau, Cantlay went toe to toe with the bruising bomber on a course seemingly tailormade for the longest of balls. For 72 holes. And for six more, before Cantlay finally delivered the crushing blow by coolly rolling in a 20-foot birdie putt on the 18th green to win the BMW Championship.

What Cantlay has done in his three victories this season is downright scary – if you’re Team Europe, that is; Cantlay’s victory locked him up the sixth automatic spot on the U.S. Ryder Cup team.

Steve Stricker must be licking his chops.

Last fall, Cantlay fired a closing 65 to storm past Justin Thomas and Jon Rahm at the Zozo Championship, and earlier this summer he took down ball-striking superstar Collin Morikawa in a playoff at the Memorial. Now, he can add DeChambeau to his list of big game.

No wonder they call him “Patty Ice.”

Well, at least some people did prior to this win.

“That's the first time I've heard it, but I got it all week,” Cantlay said of his new moniker. “I think there was maybe one or two guys that followed me around maybe all four days, and they, just every hole, were screaming it.”

It fits. And so, too, does Cantlay’s new weapon of choice.

Ranked 61st on Tour in strokes gained: putting entering the BMW, Cantlay hasn’t historically been known as a guy who’s going to beat you with the flatstick. But he switched to a Scotty Cameron Phantom X 5 midway through last week’s Northern Trust, and the results were stunning.

“I got the magic one now,” said Cantlay, who, armed with the new putter, went out and gained 14.577 strokes on the green this week, a new ShotLink-era record.

The mark bested that of Kevin Na, who, coincidentally, did so at the 2019 Shriners Open, where he beat … Cantlay.

“Good, a little redemption then,” Cantlay said with a smirk.

It was a record-breaking kind of week at Caves Valley, which was hosting its first Tour event. Caves’ debut was the polar opposite of last year’s BMW slugfest at Olympia Fields, as Cantlay and DeChambeau became the first two players in Tour history to finish 72 holes of regulation at 27 under in the same event. And after combining for 58 birdies and five eagles (four by DeChambeau alone), neither player was going to go down without a fight.

Cantlay forced extra holes by sinking a 22-footer for birdie on the 72nd hole, a hole after he rinsed his tee ball but still saved bogey at the par-3 17th.

Yet, despite the clutch moments, his demeanor stayed stoic.

When his birdie chip on the first playoff hole caught the hole, he barely flinched. And after DeChambeau somehow saved par after driving the ball into the creek on the fourth playoff hole? The same. Even when DeChambeau flagged his tee shot on the fifth overtime hole, No. 17, Cantlay confidently put his shot inside of it before both players traded birdies.

The only time Cantlay blinked was the second playoff hole, No. 18, where DeChambeau lipped out an 8-footer to win.

“I thought he was going to make that putt,” Cantlay said. “That was maybe the only time that I really thought I was done.”

But like most killers in this game – and there are only a handful – Cantlay, though methodical with his routine, quickly regained his determination, and a few holes later he had sent DeChambeau packing.

The guy who drove it 343 yards into a greenside bunker on the opening hole on Sunday got beat by the guy who, with less firepower off the tee, wedged it to 25 feet and canned the matching birdie.

“I'm as focused as I can be on every single shot, and I try not to let my mind get past the moment that I'm in, and maybe that's why I come across a little sedated out there,” Cantlay said. “But I'm locked in, and I'm as focused as I can be. Then I kind of let the chips fall where they do, try not to get caught up in being outdriven 45 yards or whatever it is. I just try and lock in and do my absolute best in that moment, and my best is pretty good.”

After a brief handshake between the playoff competitors, a defeated DeChambeau trudged up the hill toward the locker room, and then the parking lot. It didn't take long before the silent one, beaten by the silent assassin, was gone.

Cantlay, meanwhile, stayed back on the final green, basking in victory and finally cracking a smile.

Patty Ice, the stone-cold killer, had done it again. 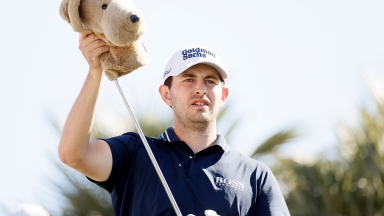 Patrick Cantlay took a one-stroke lead into The American Express' weekend in a bid to win for the third time in four starts. 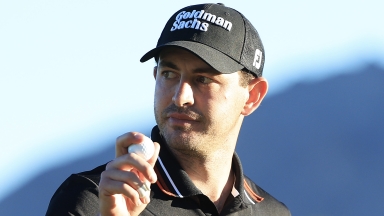 Patrick Cantlay shot 62 in perfect weather and turf conditions Thursday at La Quinta for a share of the first-round lead with Lee Hodges. 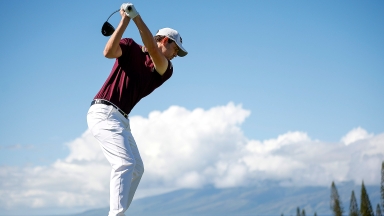 Patrick Cantlay has a message for all those who lamented the record low scoring two weeks ago in Maui.