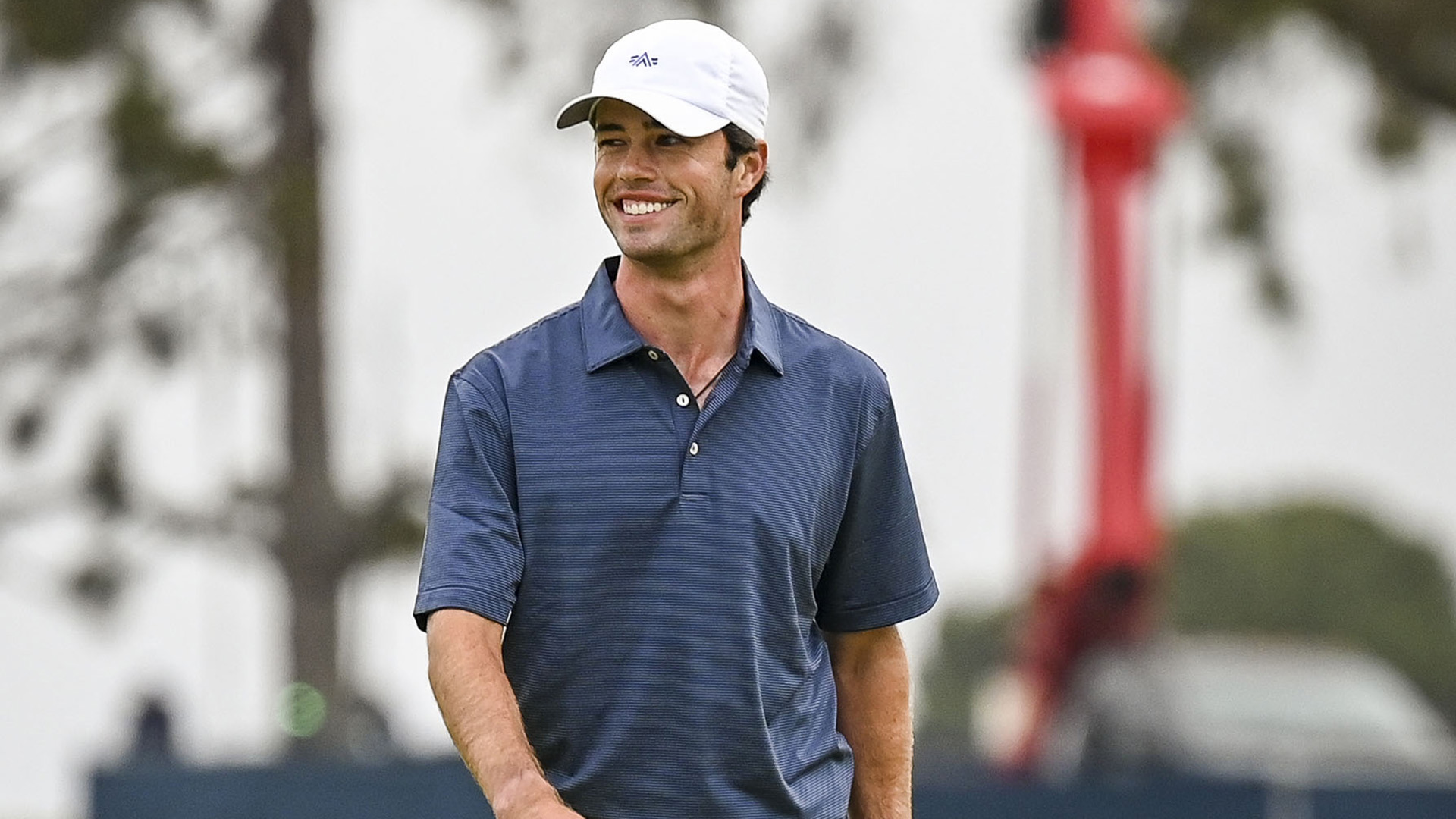 It showed early on, as the Texas senior began his round double, bogey, bogey.

“It’s hard to know where the state of your golf game is at when you haven’t played since October and your last tournament was match play,” Hammer said. “Got off to a rough start, but I felt like I’d been hitting it well coming in and putting really well, so I brushed it off my shoulder and figured that at some point some good golf would shine through, and I was fortunate to turn it around.”

Hammer responded with seven birdies and a hole-in-one to shoot 4-under 68, which is good for a share of third, two shots off Georgia senior Trent Phillips’ lead, after 18 holes of the spring-opening Southwestern Invitational.

The ace came at the par-3 13th hole, where Hammer flushed an 8-iron from 180 yards that never left the flag. The ball landed a foot behind the hole and slowly spun back in.

“It teased me for a second,” Hammer said. “It sat on the lip and then fell in.”

It was Hammer’s first hole-in-one in competition, but his third overall. (His first one came when he was 16 years old at, of all places, Pine Valley’s third hole.) While television cameras didn’t catch this latest ace, they did pick up his approach at the last that finished a foot from the cup.

Hammer tapped in the closing birdie – with the claw grip. He has struggled mightily with the flatstick the past couple of years and decided to give the broomstick a try last fall. Now, he’s returned to his old ways.

“I wanted to go back to the way I putted my best, which was claw my freshman year,” Hammer said. “I got into my head for a little bit, and the broomstick helped me get the rhythm back in my stroke. It was a good change [to the broomstick], but it wasn’t going to last forever.”

Neither is Hammer’s college career. He has one semester left before he turns pro, and he’s determined to finish it off on the highest of notes. As a freshman, he helped the Longhorns to a national runner-up finish. But Texas hasn’t sniffed an NCAA title since, and last spring, the Longhorns missed the 54-hole cut at Grayhawk after Hammer and teammate Pierceson Coody physically ran out of gas after a busy spring stretch that also included the Walker Cup and AT&T Byron Nelson.

Hammer wanting to avoid a similar scenario played into his decision to rest up this winter. He didn’t feel the need to play amateur events, and in addition to chasing a top-five spot in PGA Tour University, he’s all-in on college golf these next few months. Texas, hopefully, has nine events this spring, and you can bet Hammer will be ready.

“Oh my gosh, I was wiped out at the end of last spring,” Hammer said. “The Walker Cup took every last bit of energy out of me, and I was kind of on fumes at the Nelson, and NCAAs it was just brain fog. I wanted to give myself a little bit more of a breather heading into the spring and just feel fresh and not have to worry about getting tired out.

“My big focus right now is this team and winning a national championship.” 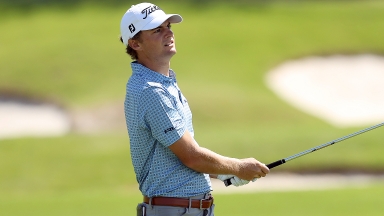 Fresh off a Walker Cup triumph, a trio of U.S. players competed  individually in the opening round of the AT&T Byron Nelson. 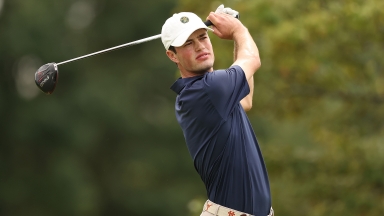 Cole Hammer ended a nearly-two-year win drought Tuesday at the South Beach Amateur and put himself firmly in the Walker Cup conversation. 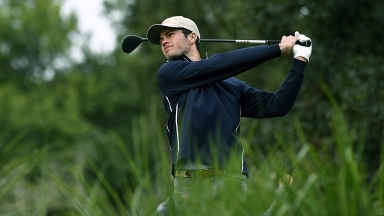 University of Texas sophomore Cole Hammer was extended a sponsor invite into the Houston Open, his hometown event. He managed to make the cut, but knows there's work left to do.