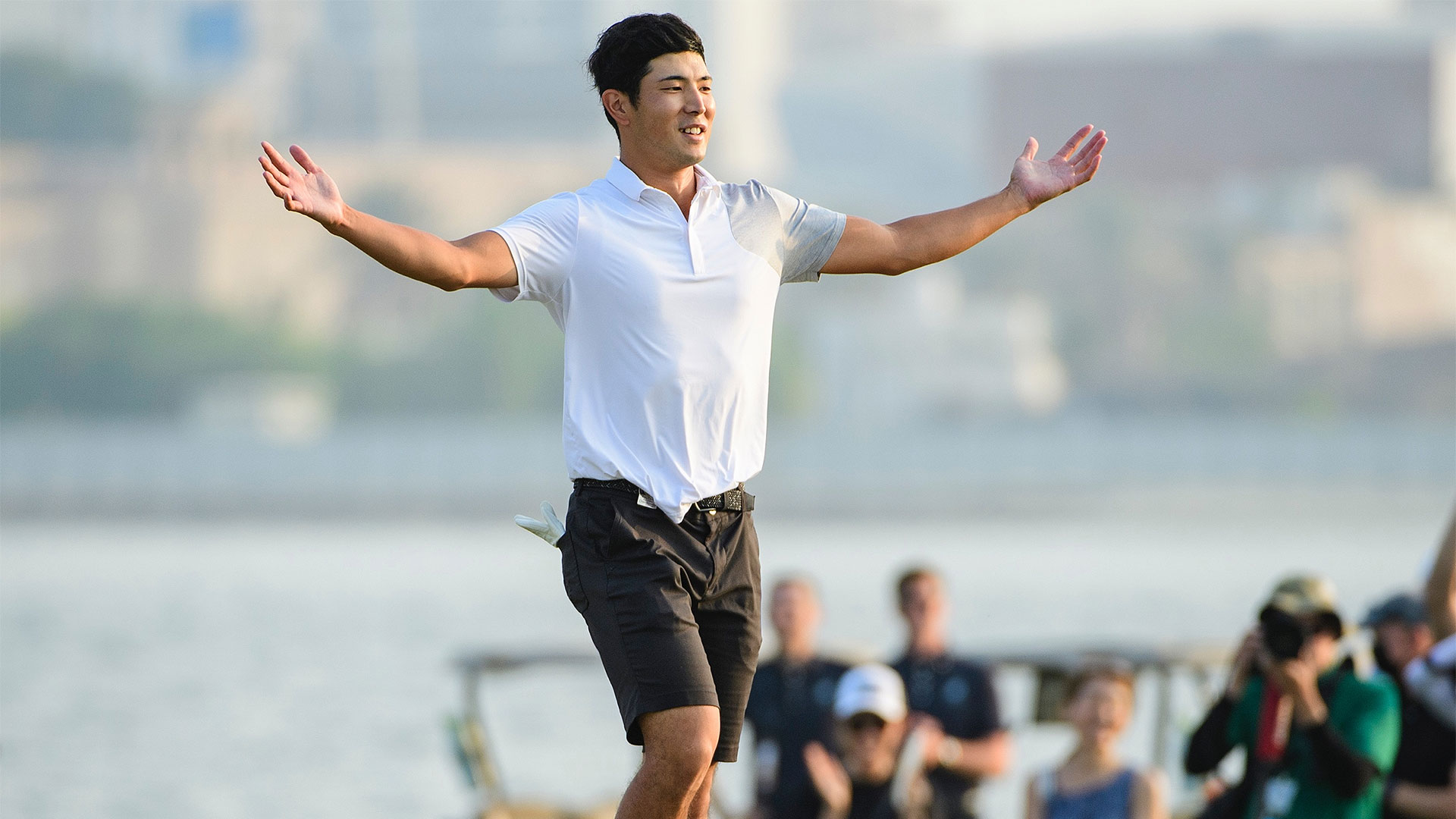 Keita Nakajima, the No. 1-ranked amateur in the world, buried a 25-foot birdie putt on the second playoff hole to defeat Taicho Kho and win the Asia-Pacific Amateur.

With the victory, Nakajima will be invited to the 2022 Masters – where his fellow countryman, Hideki Matsuyama, is the defending champion – as well as the U.S. Open and Open Championship. Nakajima was already exempt into the St. Andrews Open by virtue of his McCormack Medal as the world’s top amateur.

Nakajima becomes the third Japanese winner of the AAC, which was introduced in 2009 to expand golf in the region.

"I'm excited and I'm very happy to follow Hideki and Takumi (Kanaya)," he said. "It's so nice."

The 21-year-old from Japan has amassed an impressive amateur record, even playing up a level this year to win a pro event in his home country. As an amateur, he ranks 209th in the Official World Golf Ranking – ahead of established pros like Doc Redman, Wyndham Clark and Danny Lee.

But at Dubai Creek Golf and Yacht Club in the United Arab Emirates, Nakajima was the undisputed favorite, drawing a crowd on the range, and still he delivered.

The runner-up at the AAC in 2018, Nakajima entered the final round with a one-shot lead after posting three consecutive rounds in the 60s. On the last day, he had a shaky opening nine that saw him forfeit his lead with a double bogey on his ninth hole. From there he steadied himself: birdies on Nos. 11, 13 and 15 to move into a tie with Kho, the Notre Dame senior who holed a clutch 5-footer for par on the final green to cap back-to-back rounds of 64-65 and post 14-under 270.

There were some fraught moments on the home hole for Nakajima, after he blew his drive into a waste area down the right side. But he hoisted his shot over the lip of the bunker, over the water and safely onto the green, where he two-putted for par to force overtime.

After another tense par on the first extra hole, Nakajima took advantage of Kho’s watery approach into 18. Facing three putts to win, Nakajima needed only one as he ran in the birdie putt to capture the title.

“To be able to go head-to-head against him is truly an honor,” Kho said of Nakajima, against whom he’s been competing since junior golf in southeast Asia. “It was really nice seeing him play these last two holes, and he’s the best in the world. It just motivates me because I feel like I’m not that far off. I feel like I’ve learned a lot in two holes playing with him, and I feel like I can bridge the gap.”

On the green, Nakajima's fellow competitors doused him with water and he cried at the enormity of the moment. Wanting to follow up on Matsuyama’s history-making year, Nakajima has created his own star with sterling play that will now see him play in the first three majors of 2022, provided he remains amateur. He also furthered one of the main storylines of the golf season, the resurgence of Japanese golf, as Nakajima became the latest headliner after Matsuyama’s Masters victory (and triumphant title at home at the Zozo Championship), Tsubasa Kajitani’s breakthrough Augusta National Women’s Amateur triumph and Mone Inami’s silver medal at the Olympic Games.

“It’s an honor to attend this event, and I’m so happy to win,” Nakajima said. “It’s a great tournament. I had a great week.” 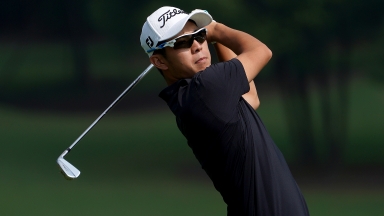 No. 1 am Nakajima edges in front at AAC

The Asia-Pacific Amateur Championship is set for an intriguing finish in the desert. 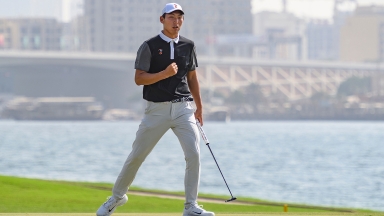 Bo Jin’s tournament-best 64 Thursday vaulted him into the lead at the Asia-Pacific Amateur Championship. 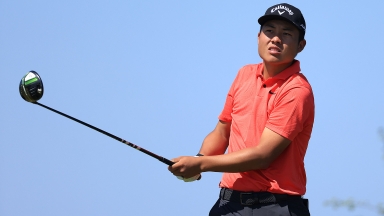 Pre-tournament favorites Keita Nakajima and Yuxin Lin got off to similarly good starts Wednesday at the Asia-Pacific Am.