With Wells Fargo win, Max Homa proves that he is 'that guy' 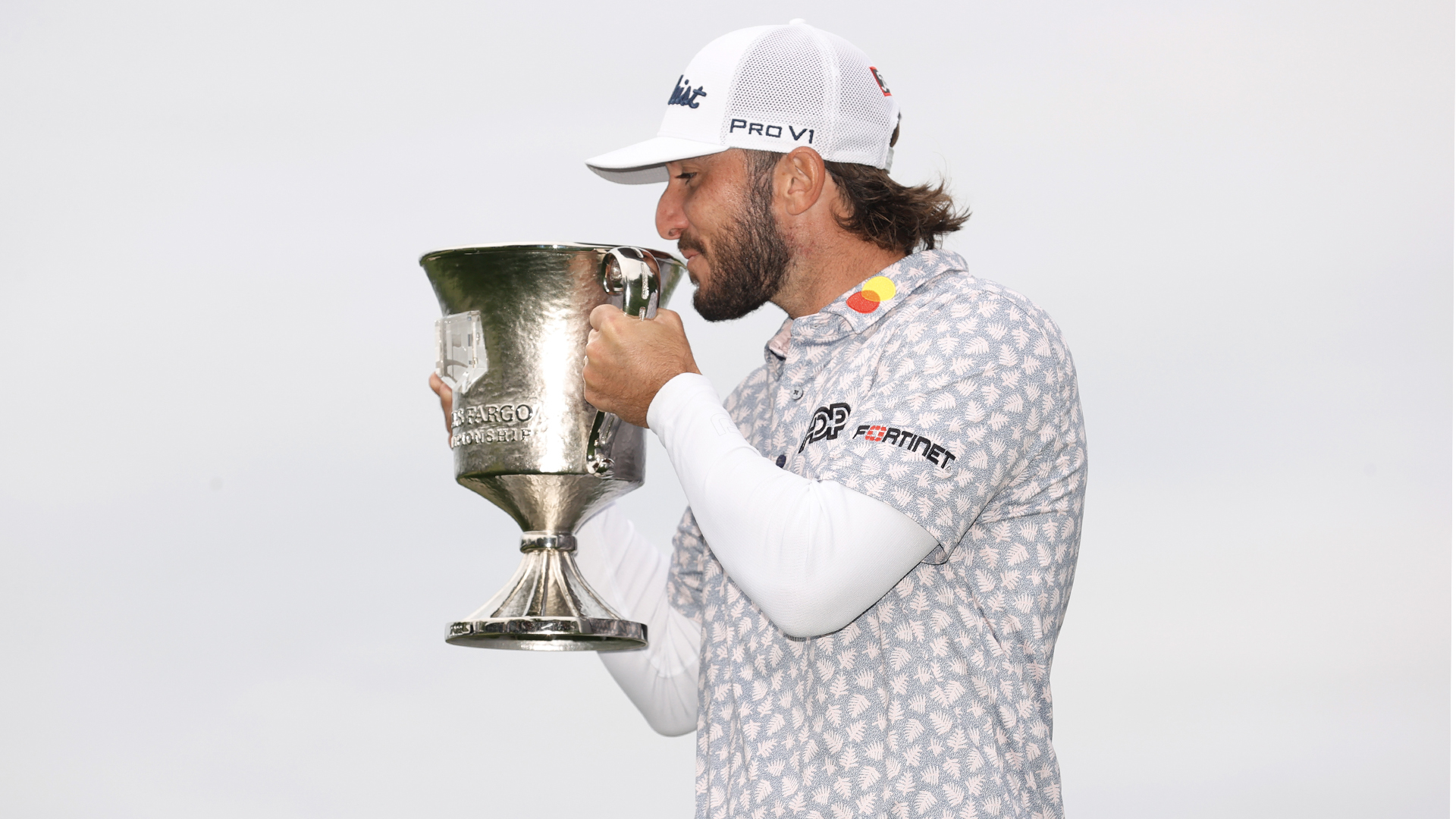 When Max Homa sat down in front of the assembled media Sunday at TPC Potomac after winning his second Wells Fargo Championship, he was reminded of a few other perks that came with winning.

One stood out among the rest: He was set to make a big leap in the U.S. Presidents Cup standings.

“I care about nothing more than making that Presidents Cup team,” Homa said. “So, I'm really hoping captain Davis Love III was watching today, or at least somebody messaged him about it, but that's all I've really cared about. … This goes a long way.”

He was right. Thanks to his two-shot victory on Sunday, which he capped with a 2-under 68, Homa rose six spots, from 12th to sixth, in the most updated point standings. He’s right behind Justin Thomas and just ahead of Jordan Spieth, two of Homa’s college contemporaries and fellow Walker Cuppers who have combined for 27 PGA Tour wins and four major victories.

Homa now owns four Tour titles, his first coming at this very event at Quail Hollow in 2019. Homa also won twice last year, at Riviera and in Napa, and as CBS Sports' Kyle Porter pointed out, he's won more since the start of 2021 than Thomas and Spieth, and Rory McIlroy, and Jon Rahm, and Brooks Koepka, and Bryson DeChambeau, and Xander Schauffele. Shall we keep going?

With Sunday’s victory, Homa is expected to crack to top 30 in the world rankings, at No. 29.

But so far, he’s yet to make a Cup team as a professional.

“As I started to establish myself on this tour when I won this event in 2019, I definitely knew I was capable of being a regular PGA Tour player,” Homa said, “but all of a sudden last year I get in the top 50 in the world, and you start looking around and it's a new crop of people, and you start thinking to myself, ‘Am I as good as these guys? And then I want to be top 10 in the world, play Presidents Cup, play Ryder Cups. Am I good enough to do that?

“So, I've always struggled with it, but I have great people around me who bash me over the head telling me that I am that guy.”

Few of those guys, though, are like Homa, a social-media sensation and world-class talent, but also a player who knows just how cruel his game can really be. Homa was a standout at Cal, the Pac-12 and NCAA individual champions as a senior, and he immediately graduated to the PGA Tour after his rookie year on the Korn Ferry Tour in 2014. But he lost his Tour card on two different occasions, the latter after making just two cuts in 2016-17 and earning a measly $18,008.

Now firmly established on Tour, Homa feels like he has something the Scottie Schefflers and Collin Morikawas of the golf world do not. And he wears those competitive scars on his chest like badges of honor.

Though he jokes, much to the delight of Golf Twitter, about perspective as it relates to his impending fatherhood (his wife, Lacey, is pregnant with their first child, a boy), Homa already owns a healthy dose of it.

“It would be cool if I was Rory McIlroy and didn't do that (lose his card twice), but yeah, for me it's something I carry with me that I think is such a – it's powerful,” Homa said. “I feel like other guys don't have that, and that's good for them, I'm glad they don't. But I saw $18,000 in a year out here. I saw feeling very, very small, having literally no hope as to making a cut, let alone getting a top-10 that season. I carry that because I've seen it, and you come out in the lead and I'm three strokes up and I'm one stroke up, I mean, it just doesn't phase me as much as I feel like it could because I know what bad is.

“And my bad today was going to be making a boatload of money and moving along to the PGA Championship in two weeks with a good chance to win if I keep playing like this.”

And a good chance to be one of the guys on his first Cup team. 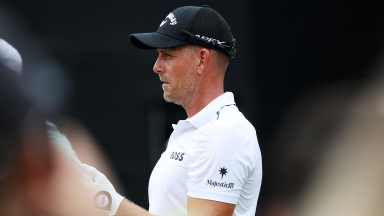 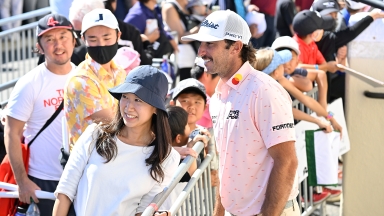 Photo finish: Homa at RMC for chance at bonus

Max Homa wasn't going to play this week, but finishing inside the Comcast Business Tour Top 10 was too tempting to pass up. 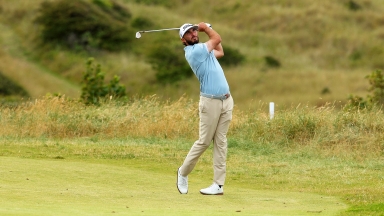 Max Homa headed to North Berwick for an extra 18 Friday afternoon, then proceeded to shoot a third-round 66 at the Scottish Open.