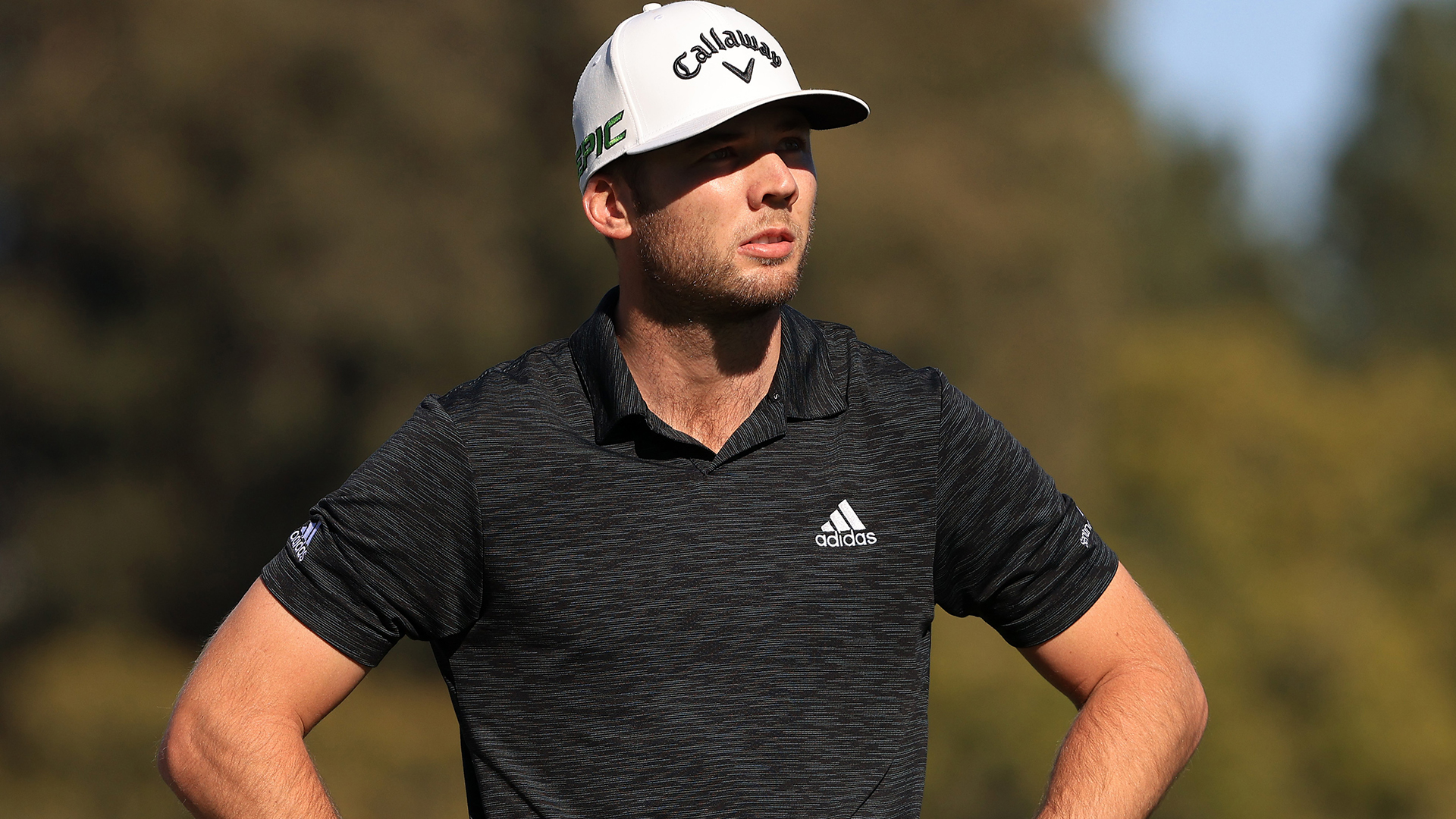 LOS ANGELES — The wind stopped Sam Burns right when he was about to get started with a five-shot lead Saturday at the Genesis Invitational. Darkness stopped him right after two straight bogeys narrowed his lead to two.

Thus ended a wild afternoon at Riviera, where the wind was raging so strong that it blew Keegan Bradley's putt off the green at No. 10 and nearly blew Max Homa's shot into the hole at the par-5 first.

Burns, the 24-year-old from Louisiana, went 31 consecutive holes without a bogey and kept Dustin Johnson, Jordan Spieth and everyone else at a distance. When the streak ended on No. 8, it was the start of three inevitable bogeys over six holes.

“It’s a hard course with no wind,” Burns said.

He was at 10-under par through 13 holes, two shots ahead of Matt Fitzpatrick, who had a most bizarre round by going 10 consecutive holes without a par — six birdies, four bogeys.

Johnson, Homa and Wyndham Clark were at 7 under, with Patrick Cantlay another shot behind. The third round was set to be completed Sunday morning ahead of the final 18 holes.

Tiger Woods showed up right about the time play was halted. Woods is the tournament host who is not playing as he recovers from a fifth back surgery.

The wind was blowing golf balls on the green, and then the PGA Tour said a piece of communications equipment toppled near the 14th tee and they brought everyone in.

Not much changed with the wind when they resumed. Everyone was dropping shots and hanging on for dear life.

Johnson had three bogeys against three birdies and was only three shots behind. The greens were so firm, the wind whipping so hard, that even from 99 yards away on the 13th hole he landed the ball some 50 feet short and hoped it rolled out enough to give him a chance.

Spieth opened with two birdies, including a 40-footer on the third hole. But he hit two fairway bunkers on the seventh and eighth holes that led to bogey, missed a 3-footer on the 12th and his chip on the 15th was a little firm, and with the wind and slope it rolled out some 40 feet. He dropped six shots behind.

For so much of the day, Burns looked impervious to it all. He opened with a steady dose of pars, including one amazing escape on the par-3 sixth, where his tee shot was close to a boundary fence. He played it into the rough and onto the back of the green, and the ball rolled down to 3 feet.

But he missed an 18-foot par putt on No. 8, ending his streak of bogey-free holes. Burns missed a short birdie on the ninth, hit a superb bunker shot for a tap-in birdie on the 10th and stretched his lead back to five shots.

It all changed so quickly.

He three-putted from 50 feet on the 12th. And then his wedge on the 13th was far enough left that it caught a ridge and rolled down a bank into the rough. He chipped to 6 feet and missed the par putt.

That's when play was stopped.

Fitzpatrick made a 20-foot birdie putt on the 16th hole to reach 8 under, and suddenly was two shots behind. Fitzpatrick was at 3 under for the day through 17 holes, the low score of the round so far.

Only 12 other players were under par for their rounds, none better than 2 under The average score when play was suspended was 73.3. 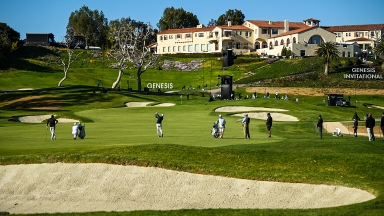 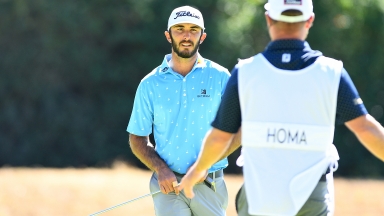 Watch: Homa pulls off shot from up against tree

Max Homa pulled off a nearly impossible shot from against a tree on the first playoff hole en route to playoff victory at Riviera. 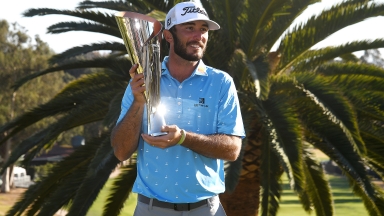 Homa shakes off short miss for dream win at Riviera

Max Homa missed a 3-foot putt to win his dream tournament, but recovered and made victory into a reality at the Genesis Invitational.