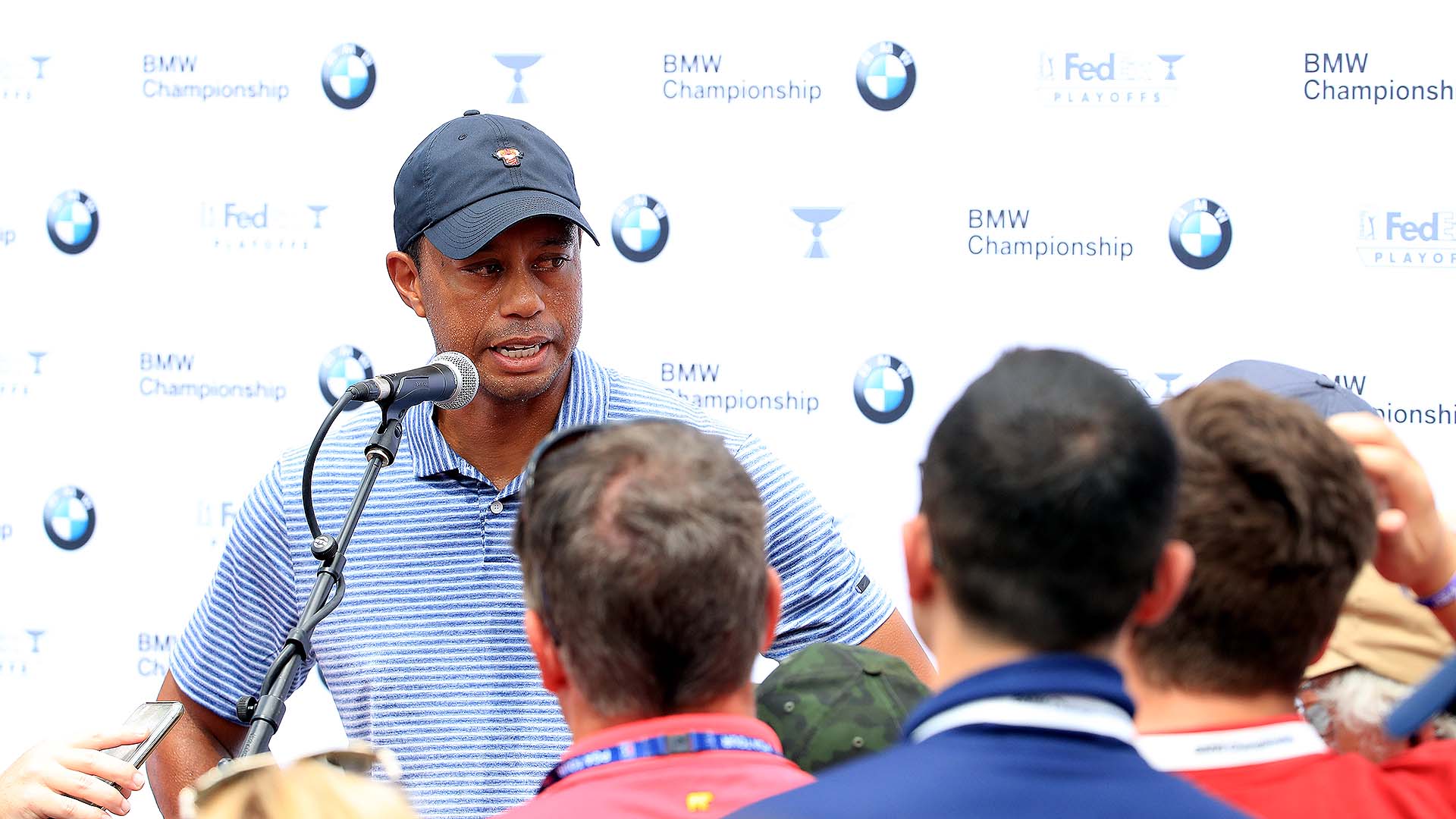 MEDINAH, Ill. — Tiger Woods said Wednesday that he feels “way better” than he did this time last week.

Meeting with the media ahead of the BMW Championship, Woods described the oblique strain that caused him to withdraw from The Northern Trust in the same way he’s discussed the neck stiffness he’s dealt with at other times this season.

The pain from his fused back has to go somewhere.

“Unfortunately, when I make any kind of tweaks and changes to my swing, it's like a new body part is aching,” he said. “Unfortunately, I can't play around the back like I used to, and unfortunately things flare up.

“I was really excited about what I was doing at Liberty [National]. I made some nice changes and obviously didn't feel very well on Thursday.”

Woods said that he has been making tweaks to his swing all year, even after his victory at the Masters, as he continues to search for ways to limit the strain on his back.

And sometimes, like last week, changes meant to help can wind up hurting.

Following his withdrawal last Friday, Woods took the weekend off and received “a bunch of  treatment.” He arrived at Medinah Country Club on Tuesday and received even more treatment before emerging for 45 minutes of putting practice with coach Matt Killen in the late afternoon.

On Wednesday, he went off in the pro-am’s first tee time and played nine holes in 4 under par before shutting it down on the back nine, where he walked along with his group and stuck to short-game work around the greens.

“I played nine today, played the front nine, and played well, which was nice to see, nice to feel,” he said. “Took the back nine off, chipped and putted quite a bit, and [my body] feels like — definitely doesn't feel like it did on Friday, that's for sure.”

Woods is currently 38th on the FedExCup points list, with the top 30 advancing to next week at East Lake, where he picked up PGA Tour win No. 80 last year, snapping a five-year winless drought. Although it’s a bit of a moving target, complicated by how other players in the field perform, the Tour projects he would need an 11th-place finish or better this week to reach the season finale. 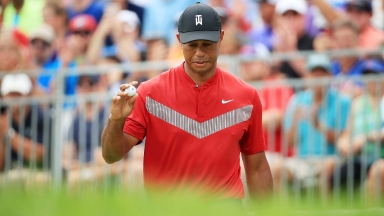 No East Lake: 15 other times Tiger was unable to defend

Tiger Woods didn't make the cut for the Tour Championship and will not defend one of his 81 career PGA Tour victories for just the 16th time in his career. Here is a look at the 15 other titles Woods did not defend. 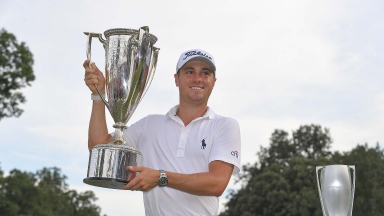 Thanks to a dominating weekend performance at Medinah Country Club, Justin Thomas will head to the Tour Championship as the man to beat. 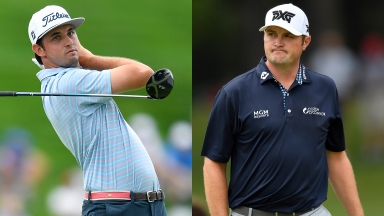 East Lake or bust: Emotion on both sides of bubble

J.T. Poston is two weeks fresh off a victory at the Wyndham Championship, but that wasn't enough to get him to the Tour Championship. But he wasn't the only one feeling the bubble power.