Disasters at the Masters: Fleshing out the numbers 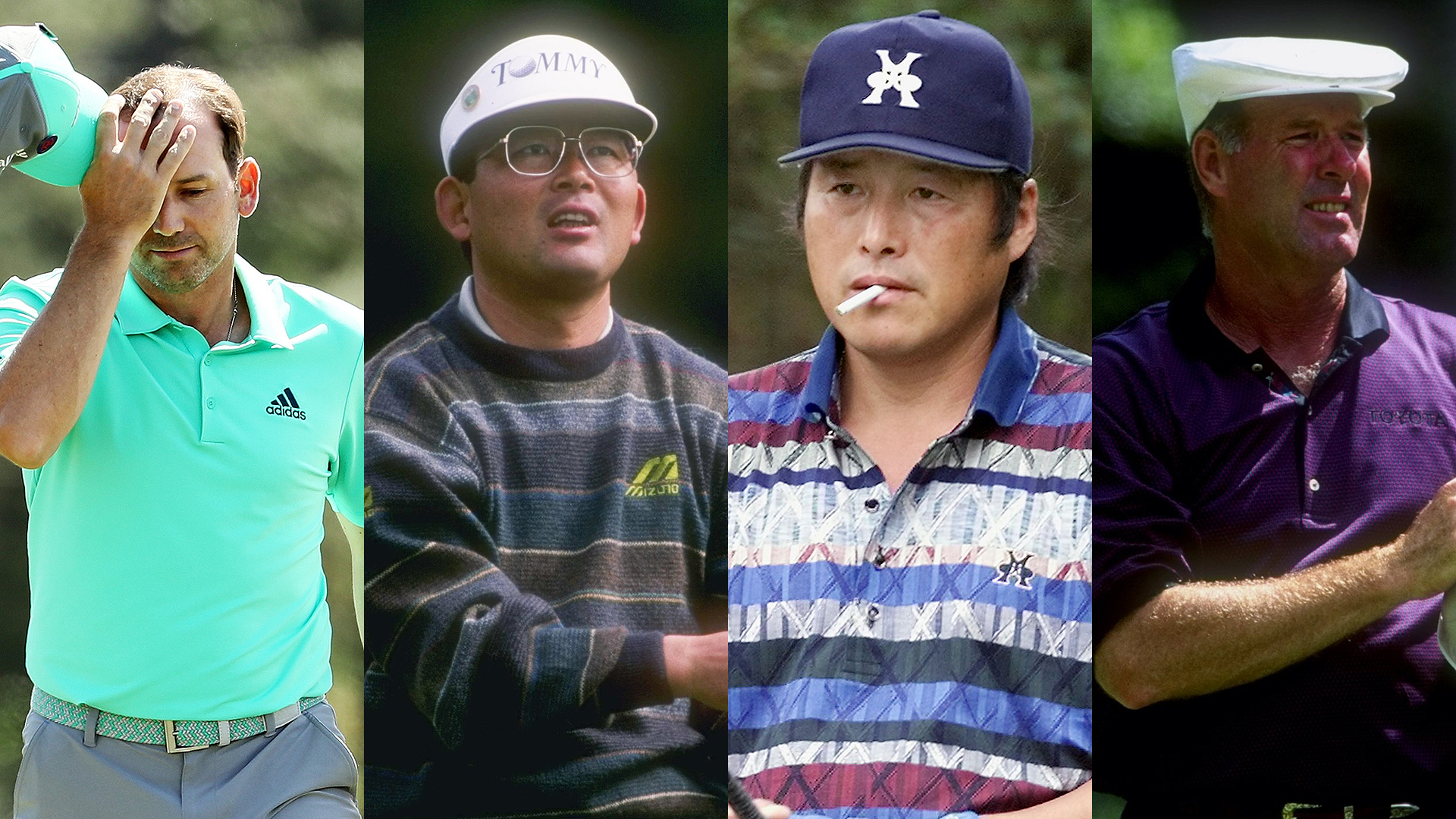 Sergio Garcia's 13 on the 15th hole in Thursday's opening round of the Masters sent us typists scurrying for the record books. Sure enough, it has never been bettered (worsened?), not only on the par-5 15th, but on ANY hole at Augusta National.

The record book lists the names and the numbers, but for the stories, you have to dig deeper. Following are tales of five Disasters at the Masters.

Friday of the 1987 Masters was a particularly bad day for the 15th hole. First, Scott Verplank hit into the water twice from 68 yards out and made a 10, which equaled the record high score on the hole, which had been set by Walker Inman in 1956.

Verplank was relieved of his ignominy just two hours later, when Japan's Masashi "Jumbo" Ozaki went him one better with an 11. The long-hitting Ozaki tried to go for the green in two, but came up short with a 2-iron from 215 yards, then hydrated two wedge shots before finally finding land. A chip and two putts later, he was in the Masters record book.

From the United Press International report on the round, Ozaki put his dubious achievement in humorous perspective. Informed of Verplank's 10 earlier in the day, Ozaki "took off his cap, waved it about, and said, 'I'm 11. I win.'"

The good thing about messing up at the 1997 Masters was that nobody is ever going to remember anything not related to Tiger Woods.. So Crenshaw's 11 on Sunday, which helped bring him home in 80–302, matching his worst single-round and four-round totals at Augusta to date, is buried deep in the archives of his hometown newspaper, the Austin American-Statesman. Crenshaw had made three eagles during the tournament (including one at the 15th hole), and the Masters gives out crystal for eagles. Crenshaw noted the irony, saying, "I don't think they're going to give me a crystal for that."

The 1998 Masters got off to a windy start. How windy? "It's like playing the British Open," said Garrido, a 26-year-old from Spain playing in his first Masters. "I only watched the Masters on TV, and I always saw sunshine and flowers," Garrido said after knocking three balls into the water on his way to an 85. "Now I discovered wind."

One 6-iron plus four sand wedges, all spun back into the water. "It's the first time in my career where I make a 13 without missing a shot," Garcia said.

Tsuneyuki "Tommy" Nakajima's 13 has to be the strangest disaster score ever recorded. While most big numbers are the result of hitting multiple shots into a hazard, Nakajima's epic adventure had a variety of misfortune. Still not on the green after three shots, he hit his fourth into Rae's Creek. He elected to try to play the ball, which turned out to be a horrible decision. He popped up the next shot, and the ball landed on his foot. Two-stroke penalty. He and his caddie botched the handoff of the club, which fell into the creek. Two more penalty strokes. He then chipped over the green. Another chip and two putts and he had himself a 13 and a Masters record.

Seventy-eight wasn't exactly Nakajima's year. In the British Open, he was in contention late in the third round at St. Andrews. But that all went to hell on the Road Hole when he putted into the Road Bunker, needed four shots to get out of it and made a 9. He did achieve a form of immortality, at least, when the British press characterized the incident as the "Sands of Nakajima."

Weiskopf is an unlikely co-holder of the record for the highest score on a hole at Augusta because he did it on a par 3. Not just any par 3, but No. 12, the shortest (but trickiest) of Augusta's one-shot holes.

In the first round, Weiskopf chose an 8-iron for his tee shot to the 12th. The ball cleared the fronting creek, but spun back into the water. Weiskopf chose to drop about 60 yards from the hole - from where he hit five more balls into the water before finally finding the back of the green.

The next day, Weiskopf again hit his tee shot into the creek. This time, however, he chose to re-tee. Sound strategy, but with no better result. Another water ball. Try, try again. He knocked his fifth shot (counting penalties) on and two-putted for 7.

So there it is - the faces and facts behind the names and numbers. It's a list that no one wants to make, but from which no one is safe. Not even the defending champion. 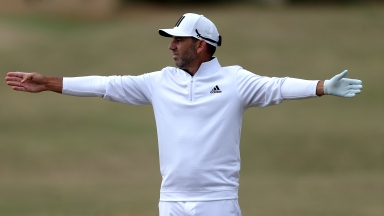 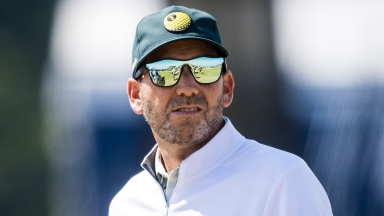