LEON, Mexico – Erik Compton was diagnosed at age 9 with cardiomyopathy, an enlarging of the heart that hinders its ability to pump blood. Three years later in 1992, he received a new heart and took up golf as part of his rehabilitation. That heart failed in 2008, and he had another transplant.

Through it all, he kept trying to make it to the PGA Tour, not as just the “guy with two heart transplants” who received the odd sponsor exemption or made it through a Monday qualifier, but as a full tour member.

The 31-year-old Miami player, once the top-ranked junior in the country, pretty much wrapped up that membership Sunday in the rain-delayed Mexico Open, rallying to win his first Nationwide Tour title – and first victory since turning professional in 2001.

“This tournament has kind of summed up my life,” said Compton, set to play the PGA Tour’s AT&T National this week in Pennsylvania on a sponsor exemption. “There was a lot of adversity to overcome in this tournament just like what I’ve dealt with personally. To win this is everything to me. I never thought I’d play golf again, at least not at this level, and I proved to myself I’m more than just a guy with two heart transplants.”

“I do get a lot of opportunities to play in PGA Tour events because of my story,” he said. “But now that I’ve won out here and I’ve pretty much secured my tour card and I’ll get into events on that alone. And I’ve been playing professionally since I was 20 years old and never won, so I feel like it’s a monkey off my back.”

Compton had eight birdies and a bogey in the final round. He birdied the par-4 16th to get to 17 under, then parred the final two holes for the breakthrough victory.

“The guys who see me inside the ropes see me as a regular golfer,” Compton said. “But at the end of the day when I put my head down I realize how lucky I am. To be able to say I’ll be playing on the PGA Tour only four years after my heart transplant is unbelievable. I don’t really know what my future is in life. Hopefully, I can get a win out on tour now.”

Compton was only conditionally exempt on the Nationwide Tour at the start of the season, but quickly earned special-temporary membership. He tied for fourth in the season-opening Panama Championship and had another fourth-place tie in April in the Fresh Express Classic.

“To start off the season like I did set up the ground work,” Compton said. “This win has put me over the top. This is exactly what I needed. To think of what I went through and to have all the support and love of everyone around me, it’s almost unreal.”

After opening with rounds of 68 and 70, Compton shot a 68 on Sunday morning in the completion of the rain-delayed third round to begin the final 18 holes two strokes behind leaders Lee, Matthew Giles and Peter Lonard.

Lee needed a birdie on the par-5 18th to force a playoff, but bogeyed the hole for a 69. 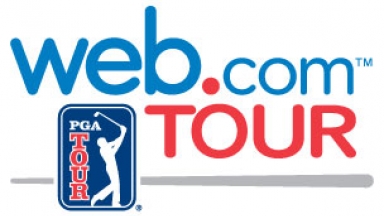 Change is coming to the PGA Tour, and its coming fast. On Wednesday commissioner Tim Finchem told the media that the dramatic change to the current Nationwide Tour/Q-School model.

A clear path to the Nationwide Tour may soon be forged from all corners of the Americas.