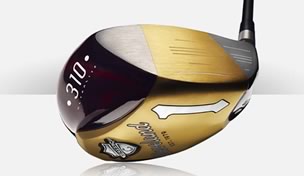 Getty Images
PALM COAST, FL - OCTOBER 30: Alex Cejka plays a shot on the 15th hole during the first round of the Ginn sur Mer Classic at the Conservatory Golf Club October 30, 2008 in Palm Coast, Florida. (Photo by Sam Greenwood/Getty Images)  -

In news that came as somewhat of a surprise to the golf equipment industry, Greg Hopkins resigned his position Tuesday as CEO of Cleveland Golf/Srixon, effective immediately.

'I've been with Cleveland Golf for 16 years and have seen tremendous growth for the company during that time,' Hopkins said in a statement. 'Now I'm at a point in my life where I want to do some things and explore some ideas that I've always wanted to pursue.'

Having led company since June 1997, Hopkins headed operations during a period that saw Cleveland Golf become one of the game's leading innovators in the wedge category. Current PGA Tour players in the Cleveland Golf/Srixon family include Graeme McDowell, Keegan Bradley and Vijay Singh among others.

The possibility exists that Hopkins is planning to head inside the ropes in the near future; still currently a member of the European Senior Tour, Hopkins has previously competed in the U.S. Senior Open, Senior British Open and Senior PGA Championship.