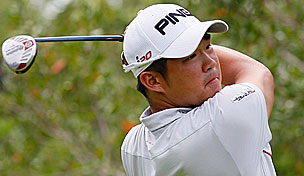 This week the FedEx Cup playoffs head to East Lake outside Atlanta, where a champion will be crowned on Sunday. Players can expect to find a lengthy course with slick greens, one that should play softer and even longer due to rains earlier in the week. Bill Haas won last year's event, but is not among the field of 30 that will tee it up this week. With that in mind, here is a look inside the numbers to see which players may contend for the title and help your Golf Channel Fantasy Challenge team in the process:

• John Huh becomes just the fifth Tour rookie to advance to the Tour Championship since the playoff format began in 2007. Already a winner earlier this year at the Mayakoba Golf Classic, Huh was among 11 rookies in the field at The Barclays but the only one to make it to the fourth stage of the playoffs. He currently ranks sixth on Tour in total birdies and eighth in driving accuracy.

• Bill Haas improbably won the FedEx Cup last year despite starting the Tour Championship in 25th place on the points list. Entering this week, that position belongs to Webb Simpson, whose role will be reversed from 2011. The U.S. Open champion will need lots of help to claim the $10 million prize, whereas last year he came to East Lake atop the points list, only to finish 22nd out of 30 players.

• Last year, Haas was able to tame the slick greens of East Lake en route to victory, leading the field in putts per GIR. The man entering this year's event with arguably the hottest flat stick is Brandt Snedeker, who leads the Tour in strokes gained putting, ranks second in putts per round and fourth in total putting. A winner earlier this year at Torrey Pines, Snedeker was third in the field in strokes gained putting at The Barclays and tenth in the same category at TPC Boston.

• Seven players will be making their first appearance at East Lake this week, including points leader Rory McIlroy. The Ulsterman has taken each of the last two playoff events, averaging only 26.4 putts per round in the process. For perspective, that's a full 1.5 putts fewer per round than Greg Chalmers has averaged this year while leading the Tour in putts per round - the same amount separating Chalmers from a group tied for 124th in the category.

• Still reeling from the disappointment of missing out on next week's Ryder Cup, Hunter Mahan returns to a place where he missed out on last year's top prize by the slimmest of margins. He will be looking for his first top-30 finish since the British Open, a struggle that can largely be traced back to issues on the green. While Mahan finished 2011 ranked 13th on Tour in strokes gained putting, he now finds himself ranked 119th in the same category for 2012.

• With rain in the forecast early in the week, players can expect softer course conditions and viewers may get treated to a birdie barrage similar to those seen at TPC Boston and Crooked Stick. Six of the top seven players in approach proximity to the hole will be firing at the East Lake pins this week, led by Steve Stricker who sits atop the metric for 2012. 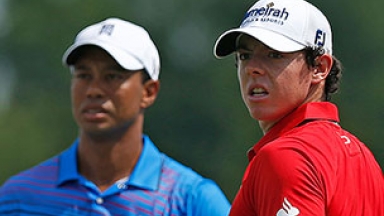 See how each of the 30 players rank for the season's fourth and final playoff event.

In addition to the Tour Championship title, FedEx Cup and Presidents Cup spots, players are also vying for a spot in the lucrative World Golf Championships-HSBC Champions Sunday at East Lake. 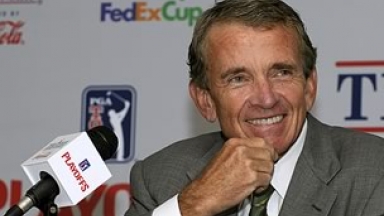