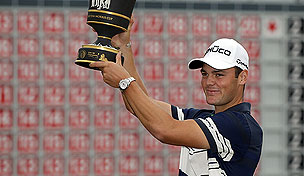 The attention of the golf world will be split this week between two events a world apart, each boasting a strong field. While the PGA Tour conducts the Farmers Insurance Open in San Diego, the European Tour will be hosting the Abu Dhabi HSBC Golf Championship. Between the two events, many of the world’s best golfers will be on the course – giving you double the opportunity to watch them in action as well as an extra chance to include them in your Golf Channel Fantasy Challenge lineup, which expands to include both events. Here is a look inside the numbers to see which players may contend for the title(s) this week and help your fantasy team in the process:

Course Knowledge: For the second time in as many weeks, the PGA Tour will conduct an event across multiple courses. While last week’s Humana Challenge saw three courses used in the Coachella Valley, this week’s event will utilize two: the North Course at Torrey Pines and its more famous neighbor, the South Course, which hosted the 2008 U.S. Open. At 7,698 yards, the South Course ranked as the longest course on Tour in 2011 – so it was not surprising to see long-ball hitter Bubba Watson triumph here last year. In their one round on the North Course, though, golfers will encounter some of the most narrow fairways on Tour. In 2011, players hit the North Course fairways just 39.8% of the time, making them the toughest fairways to hit on Tour by driving percentage for the second time in three years. The bunkers of the North Course also proved punitive, ranking behind only Royal St. George’s in sand save percentage (37.7%) last year.

Fearsome Foursome: While many top players will be teeing it up at Torrey Pines, each of the top 4 in the latest Official World Golf Ranking will play in Abu Dhabi. World No. 2 Lee Westwood and No. 3 Rory McIlroy have prior runner-up finishes in this event to their credit, and Luke Donald will be returning to the desert for the first time since claiming the 2011 Race to Dubai in December. Most discussions of this event, though, will start with Martin Kaymer, who sandwiched a runner-up finish here in 2009 between victories in 2008, 2010 and 2011. Across the last four years at this event, Kaymer has had just one round over 68: a final-round 74 in 2008 that was still good enough for a four-shot margin of victory.

Bubba Defends: Fresh off an auto purchase, Bubba Watson returns to Torrey Pines to defend his title. Watson has been streaky in this event, alternating high finishes (first in 2011, T-7 in 2009, T-4 in 2007) with poor ones (MC in 2010, T-47 in 2008, T-56 in 2006). Could this be the year that he puts together strong performances in consecutive years? Distance off the tee will always give Watson an advantage on the lengthy South Course, but last year his approach play proved key to victory as he also led the field in both greens in regulation and proximity to hole. In fact, Watson was the only player to lead the field in driving distance and greens in regulation en route to victory in 2011 – and he did it twice, also accomplishing the feat at the 2011 Zurich Classic.

Amazing Grace: South African Branden Grace has risen from obscurity to No. 92 in the Official World Golf Ranking in the course of two short weeks; back-to-back wins on the European Tour tend to do that. He goes for three straight in Abu Dhabi, and while this field is significantly stronger than those faced en route to his recent victories, Grace is a Group 3 player with momentum and recent form on his side. Grace has excelled both off the tee and on the green in 2012, ranking ninth in driving distance and seventh in putts per GIR through three events.

Injury Report: Several golfers in the field at Torrey Pines will be looking to return from injury this week. Most notable on that list is J.B. Holmes, who will be completing a remarkable comeback by playing for the first time since having brain surgery less than five months ago. Additionally, two players who found the winner’s circle in 2011 will look to bounce back after withdrawing from last week’s Humana Challenge. Dustin Johnson originally targeted this week’s event for his return from off-season knee surgery, but opted to return last week only to WD after 27 holes citing lower back pain. Scott Stallings was also forced to WD from the Humana last Friday; his exit due to what he later described on Twitter as an “intercostal injury.” Y.E. Yang, the 2009 PGA champion, will also be making his first start this week since a sore shoulder forced him out of the Dubai World Championship in December.

Sleeper Alert: While many of our experts have their eye on Bud Cauley as a Tour rookie expected to play well this week, another young player to watch is Harris English. The University of Georgia product became only the third amateur to win a Nationwide Tour event when he captured the Nationwide Children’s Hospital Invitational last summer, and nearly won again on that tour after turning pro in September, losing a playoff to Danny Lee. English has put together a solid start to his 2012 campaign, bouncing back from a Sunday 75 at the Sony Open to finish T-19 at the Humana Challenge. He has the length off the tee to tackle the South Course, averaging 312.3 yards per drive so far in 2012, and currently ranks 18th in ball striking (a combination of total driving and greens in regulation). His 62 in the second round last week shows a potential to go low, and English is a young player on the rise who has experience contending down the stretch on Sunday. Coming out of Group 4, he may be worth taking a chance on this week.

You can watch complete coverage of the Abu Dhabi HSBC Golf Championship live Wednesday on Golf Channel from 10PM-3:30AM ET and Thursday-Sunday on from 4-8AM ET. 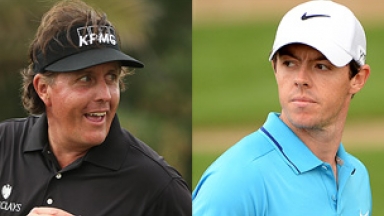 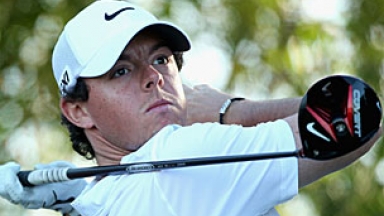 Rory McIlroy isn't the first and certainly won't be the last to struggle with equipment changes. And one week is not enough time to judge. 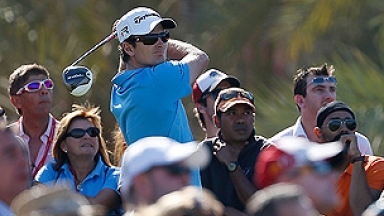 While the top two players in the world were sent packing, Justin Rose has taken center stage and a two-shot lead in Abu Dhabi.