Allenby 'thankful' to be alive after kidnapping 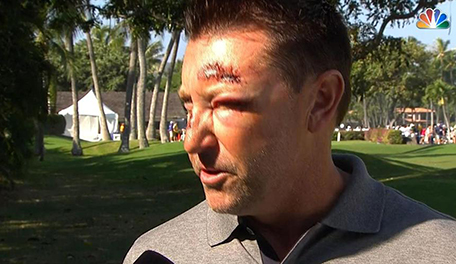 Just two days after he said he was kidnapped, beaten, and robbed, Robert Allenby appeared on "Golf Central" on Sunday to update his status and provide further details on his abduction.

In an interview with Steve Sands, Allenby, sporting lacerations on his forehead and across his nose, stated that he was "very thankful to be alive" and referred to himself as a "target" for his attackers.

Allenby, who missed the cut at this week's Sony Open, was at the Amuse Wine Bar on Friday when he said he was attacked outside the establishment.

He told Sands that other than his friend and his caddie, Allenby did not know anyone else at the bar, but was talking golf with individuals who appeared to be "Robert Allenby fans."

"They were talking golf," he said. "They were big golf fans, big Robert Allenby fans. So, yeah, obviously I was just a target."

Allenby said he became separated from his companions after signing his check, was told his friends were downstairs, and was attacked once he exited the bar.

Allenby stated he is not sure if he was drugged but that a blow to his head knocked him out and that he was ultimately thrown out of the trunk of a car six miles away from the bar.

Once on the streets and bleeding, Allenby awoke to kicks from two homeless men before being helped by a retired Navy veteran and homeless woman, who saw him being dropped off and helped him piece together the events in question.

When asked to respond to skeptics who have had questions about his story, Allenby referred to the Honolulu police department's ongoing investigation and absolved the bar itself of any wrongdoing, referring to the service as "first class."

"I think eventually everything should come out," he said. "We know that [the robbers] are using my credit cards downtown. I think the moral of the story is that you have to be super careful." 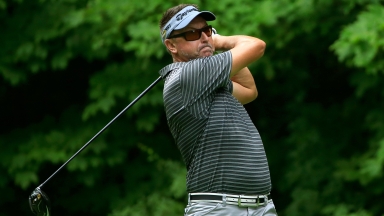 Robert Allenby reportedly considered quitting golf "a thousand times" as his career spiraled in the wake of an infamous off-course incident.

Robert Allenby was arrested Saturday morning at a casino near the John Deere Classic, charged with disorderly conduct and criminal trespassing. 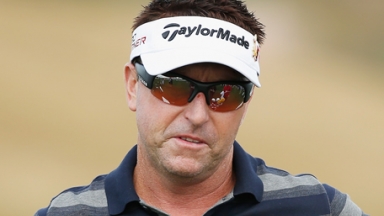 Allenby hopes to put 'nightmare' behind him at Sony

Robert Allenby returned to paradise with hopes of putting a nightmare behind him.