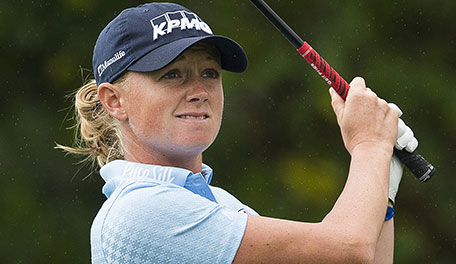 King said as much following Lewis around Thursday in the first round of the CME Group Tour Championship. It’s notable given Lewis is trying to pull off a sweep this week that no American has achieved since King in 1993.

Lewis is trying to close out winning the Rolex Player of the Year Award, the Vare Trophy for low scoring average and the official money title this week. King won the trifecta in 1993.

“I see a lot of myself in Stacy,” King said walking the front nine at Tiburon Golf Club. “She’s a bit like I was, a little bit shy, a little bit to herself, can have a little bit of a temper, but uses it to get herself going.”

King has watched Lewis blossom as the best American in the game, as the Rolex world No. 1 for 25 weeks over the last two seasons. She has watched Lewis grow out of that shyness and become a leader and important voice in the women’s game.

“Stacy’s a solid, all-around player,” King said. “She has a good short game, she’s a good putter and she is so competitive.”

King and Lewis have a connection through Golf Fore Africa, King’s non-profit organization dedicated to bringing “help and hope” to children and women of Africa. Lewis served on King’s board, sponsored a child and made a mission trip with King to Rwanda four years ago. Lewis called it life changing.

“It changed me a lot,” Lewis once said. “It was such a shock to me that people live the way they do, yet they're so happy and grateful. It just makes me thankful for everything that I have and it gave me a renewed purpose of what I'm doing out here. The better I play golf, the more I can help other people, the more I can inspire people. It gave me a new purpose to what I'm doing."

King enjoys watching Lewis play, but she didn’t come to Naples this week to see if Lewis was going to equal her feat sweeping the LPGA’s most important awards. She’s here recruiting players for her Golf Fore Africa fundraising tournaments, events that support the cause that King has made her life’s ambition. Her current projects are focused on a partnership with World Vision to bring clean water to Zambia.

“The goal in Zambia is making clean water available within a 15-minute walk to anyone living there,” King said.

That means building clean-water wells and improving sanitation systems. King has literally scaled mountains for her cause. She raised $70,000 in 2009 hiking 19,000 feet to the summit of Mount Kilimanjaro. Her Golf Fore Africa tournaments are vital fundraisers to her organization's causes. More information about helping bring clean water to Zambia can be found at GolfForeAfrica.org. 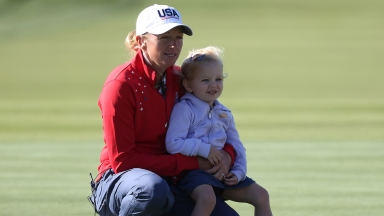 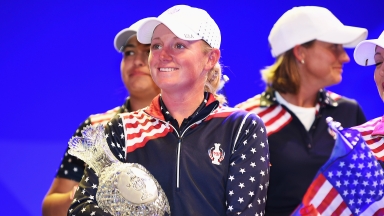 Stacy Lewis was officially announced Wednesday morning as the next American Solheim Cup captain for the 2023 matches in Spain. 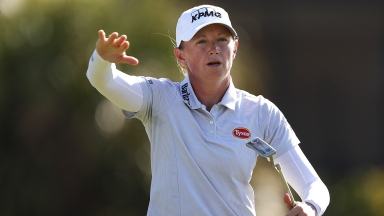