Oops, I did it again: Rory four-putts Sunday, too 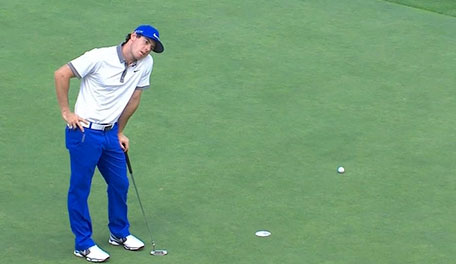 Raise your hand if you've heard this before: Rory McIlroy four-putted from short-range at the BMW Championship. (As expected, many of you raised your hands.)

The only difference this time around was that he hit the green in regulation before four-putting his way to a double bogey, whereas on Saturday, he missed the green and after chipping on, four-putted his way to a triple bogey.

This coming after McIlroy took to Twitter following Saturday's round to poke fun at himself for the hiccup, and for announcing his intent to make up the dropped shots on Sunday.

Glad everyone enjoyed my little 4 putt today. always tomorrow to get a few shots back and get up that leaderboard!

McIlroy isn't the only world-class player to preform the exact same bizarre feat on the exact same hole during the playoffs. At the FedEx Cup Playoffs opener, Phil Mickelson hit his drive into a hospitality area two days in a row, spawning the Twitter hashtag #PhilWasHere.

Wonder what will come of McIlroy's repeat performance? 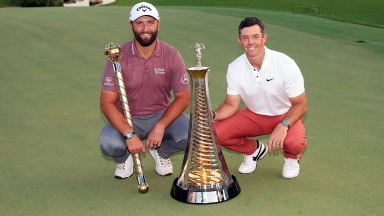 Jon Rahm and Rory McIlroy capped their years with a couple of big wins and further silence some critics. 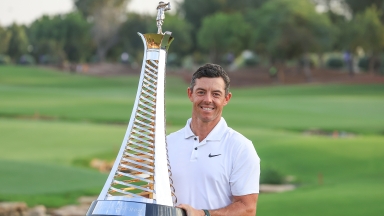 Rory McIlroy added to this year's hefty haul Sunday by capturing the Race to Dubai title to go along with his current FedExCup and world No. 1 status. 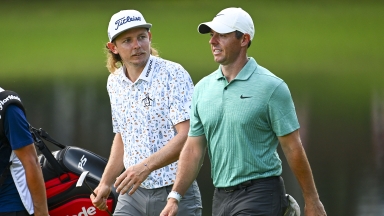 Cam on Rory call: 'Definitely wanted me to stay'

Cameron Smith says Rory McIlroy called him after The Open Championship and basically tried to dissuade him from joining LIV.