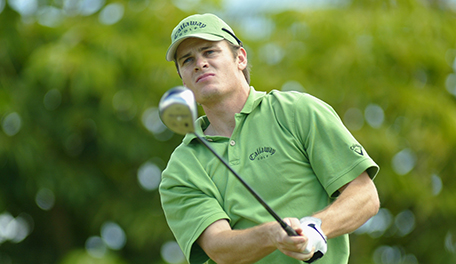 Talk about a home-course advantage.

Andy Miller, son of two-time major champion and NBC analyst Johnny Miller, has been granted a sponsor's exemption for next week's Frys.com Open.

The event is sure to be special for the Miller family, considering the location. After being staged CordeValle Golf Club in San Martin, California since 2010, this year's tournament will be played at Silverado Country Club in Napa - the Millers' home track.

The elder Miller won twice on Tour on Silverado's North Course and redesigned the layout in 2011 alongside his partner - and son - Andy. The younger Miller, 35, played his college golf at BYU before going on to win the State Farm Open on the then-Nationwide Tour in 2002. He has not played on the PGA Tour since starting 25 events in 2003 and currently serves as Silverado's director of design.

He was planning on trying to Monday qualify for the event. Now he won't have to.

“It was extremely generous of them to do this," Miller told the Napa Valley Register. "I wasn’t expecting it. There’s so many good players, so many people that are trying to get an exemption.

“I grew up here. It’s my home course,” Andy Miller said. “I get to play where I learned the game. And to play in a PGA Tour event, it’s amazing. To be able to go out on the course that you grew up on and then play at the highest level of the game ...

“It will be fun to have some of my friends out here, my family out here, people from Silverado that I work with out here watching. I’m looking forward to that." 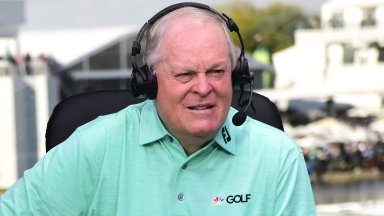 Off he goes: Behind the scenes of Johnny Miller's broadcast farewell

Johnny Miller signed off for the final time on Saturday. But before he did, there were stories told, praise given and tears shed.

After 29 years in the booth, Johnny Miller signed off Saturday following the third round of the Waste Management Phoenix Open. 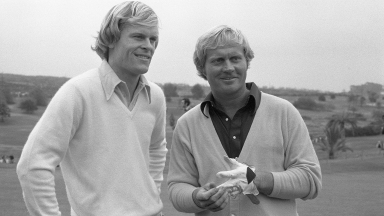 Longtime friend and rival Jack Nicklaus is bidding Johnny Miller a fond farewell in what will be Miller's final broadcast today.