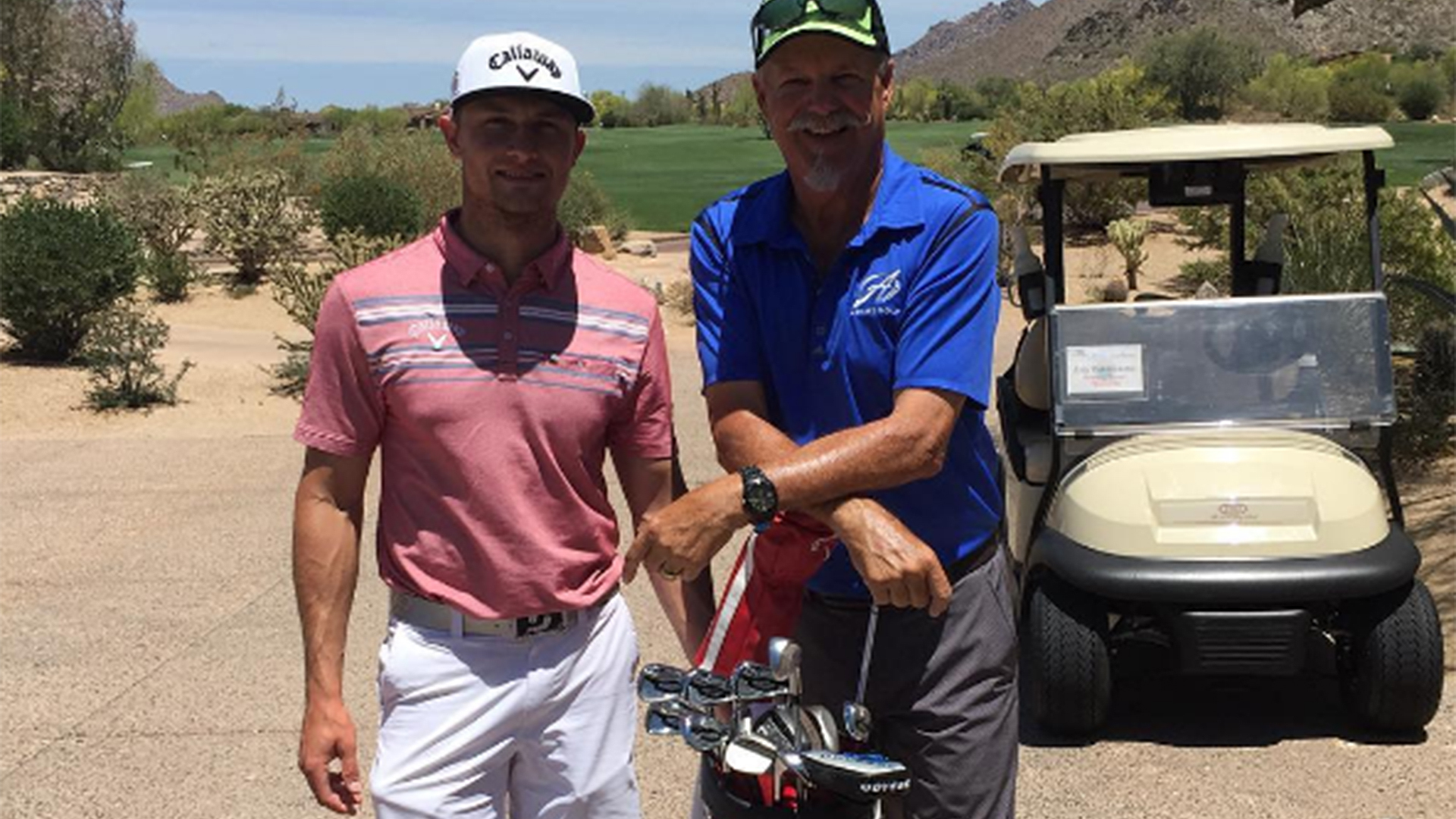 As if the U.S. Open doesn't have enough firepower, former long-drive champion Jamie Sadlowski took a big step toward playing at Oakmont on Monday, winning a local qualifier at The Country Club at DC Ranch in Scottsdale, with none other than Gary McCord caddying for him, according to Golf Digest.

The 27-year-old Canadian fired a 5-under 65 with seven birdies to move on to 36-hole sectional qualifying, where he could earn his way into the field for the U.S. Open at Oakmont (Pa.) Country Club.

“People figure you hit it a long way you ought to be able to shoot low, but you still have to get it in the hole, and I did that pretty well," Sadlowski told Golf Digest. “It’s nice to be able to prove that I can do more than hit the ball far.”

The two-time winner of the Re/Max Long Drive Championship recruited frequent playing partner McCord, 69, to loop for him, and Sadlowski didn't shy away from crediting the former PGA Tour Champions winner and CBS golf broadcaster for his help.

“Having Gary on the bag was huge. We had a great time belting it around, but the big thing was his help with reading the greens," he said. "I think I had 11 putts in the first nine holes. I had confidence in the stroke and with what we were seeing together, and I put the ball on line.”

Sadlowski, whose longest drive in competition is 445 yards, kept the driver in the bag for the most part on Monday, using it only three times, instead opting for the 2-iron, which he can hit only about 300 yards.

“I think he only used seven clubs all day, including his putter,” added McCord. “If you’ve never played a golf video game, this might be the next closest thing. It was highly entertaining.”

In case you've forgotten how far Sadlowski can hit the ball, here's the videos of him breaking the Golf Channel simulator, twice ... once with a 7-iron. 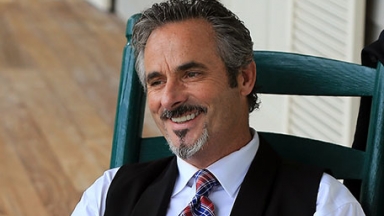 Feherty Live will broadcast two shows this coming Wednesday and Thursday night from Phoenix, Arizona, the site of the Waste Management Phoenix Open and of Super Bowl XLIX. 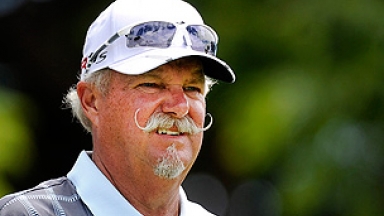 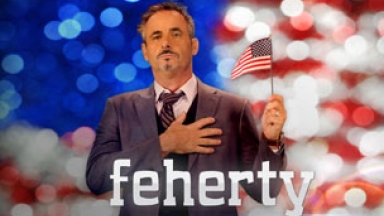 Check out the Top 10 most memorable Feherty moments.