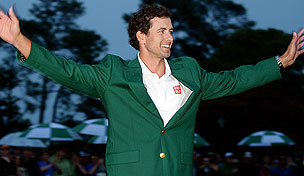 AUGUSTA, Ga. – Adam Scott’s closing days as the 2013 Masters champion began last week when he played a practice round with his father, Phil, and a moment of reflection as he walked down the 10th fairway.

“I was reminded by my coach to stop while we walked down No. 10 and just take it all in,” said Scott, who won last year’s Masters with a birdie at the second playoff hole (No. 10). “The last couple of days has had a huge impact on me.”

Scott also pulled ceremonial duty on Sunday as the inaugural Drive, Chip & Putt competition concluded. The Australian awarded the winners of the boys 10-11 division their trophies, posed for pictures and signed autographs for the participants.

“I thought the ceremonial duties would come a lot later in my career here,” he smiled.

Scott also made a scouting trip to Augusta National on the Monday after the Arnold Palmer Invitational, but said having a chance to play the course with his father was particularly special.

“It was the highlight of his golfing life,” Scott said. “He played well but the greens probably got the best of him.” 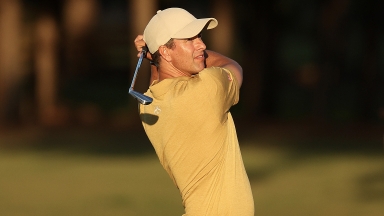 Amid change to Tour's fall, Scott is evolving, too

The RSM Classic is Adam Scott's fourth start this fall, which is the most he’s ever played in the fall and it’s very much by design. 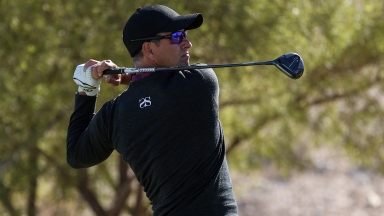 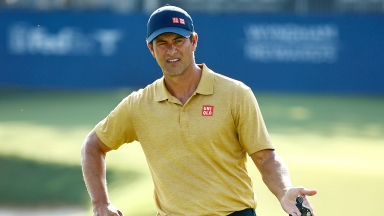