Jimmy Walker turned in a bogey-free 7-under 63 to cruise to a nine-shot victory Sunday, successfully defending his Sony Open title. Here's what you need to know from Honolulu:

What it means: After 188 starts without a PGA Tour victory, Walker has four in his last 32 events - and probably should have five. Just one week after failing to close the Hyundai Tournament of Champions and losing to Patrick Reed in a playoff, Walker is now the first player to repeat as Sony Open champion since Ernie Els in 2003-04. He supplants Ryan Moore (CIMB Classic) as the most recent repeat winner on Tour. Up two shots to start the day, Walker opened with seven straight pars and added seven birdies to build a comfortable lead and eliminate any drama, unlike last week at Kapalua and last year at Pebble Beach, where he barely hung on after starting the final round up six. Walker also set a record for largest margin of victory at the Sony by two shots and personal best for birdies in a Tour event, with 28. As he was for much of last season, Walker is back atop the FedEx Cup standings.

Round of the day: Rory Sabbatini tied Walker for the final round's low number. He played his first six holes even par and made the turn at only 2 under before posting a back-nine 30 and 7-under 63. He birdied Nos. 10, 14 and 16 and finished with an eagle on the par-5 18th.

Best of the rest: It would have been a crowded leaderboard, if not for Walker. Piercy finished a solo second while four players tied for third at 13 under and six players finished 12 under - none of them threatening the champion.

Biggest disappointments: Walker's hot play failed to rub off on his partners in the final group. Tied for second and two shots behind Walker to start the day, Matt Kuchar forfeited a streak of 255 consectuive rounds on Tour with a birdie. Kuchar made 17 pars with a lone bogey at the par-4 eighth en route to a 1-over 71. Rounding out the group, Brian Harman traded three birdies against five bogeys for a final-round 72. Separately, 21-year-old rookie Justin Thomas started the tournament with rounds of 67 and 61 but failed to break par in either weekend round, posting back-to-back rounds of even-par 70.

Quote of the day: "I really wanted to finish out the day today, like I didn't do last week." - Walker 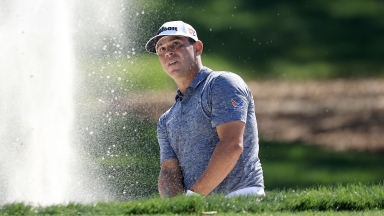 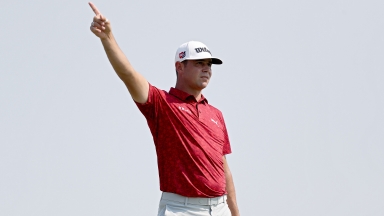