Woods' 50-to-1 odds at Torrey his longest ever 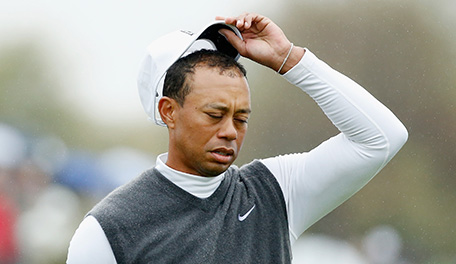 One week after firing his highest score in 20 years as a professional, Tiger Woods is facing his longest odds as a pro.

The Westgate Las Vegas SuperBook has installed Woods' odds of winning this week's Farmers Insurance Open at Torrey Pines at 50-to-1.

Bear in mind, Woods has finished first at Torrey on a ridiculous eight occasions - seven times at the Farmers (née Buick Invitational) and once at the 2008 U.S. Open, his last major victory.

As for his chances of merely making the cut, Woods is minus-140 to play the weekend and plus-120 to go home after Round 2. For those of you who aren't total degenerates, that means laying $140 to win $100 if you're betting Woods makes the cut, or putting down $100 to win $120 if you think he'll yip his way to another early exit.