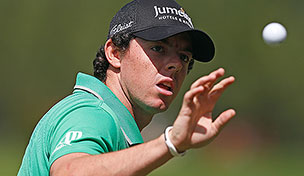 Getty Images
PERTH, UNITED KINGDOM - AUGUST 31: Nick Dougherty of England watches his tee-shot on the fourth hole during the final round of The Johnnie Walker Championship at Gleneagles on August 31, 2008 at the Gleneagles Hotel and Resort in Perthshire, Scotland. (Photo by Andrew Redington/Getty Images)  -

Although it's billed as the ultimate team competition in golf, former U.S. Ryder Cup captain Paul Azinger thinks that American success at next week's Ryder Cup will boil down to one man: Rory McIlroy.

McIlroy, the reigning PGA champion, has won each of the last two FedEx Cup playoff events and will enter next week's Ryder Cup as the top-ranked player in the world and an anchor on the European team.

'The key to this Ryder Cup is Rory McIlroy,' Azinger told Golf365. 'Figure out what slot he's in, either teaming up with Graeme McDowell or in the singles, and put our hottest players against him.'

While 14 1/2 points will again be required for the U.S. to win back the Cup next week at Medinah, Azinger feels that American hopes will rest on the handful of matches that will include the Ulsterman. 'If we can beat Rory, we win this Ryder Cup.' 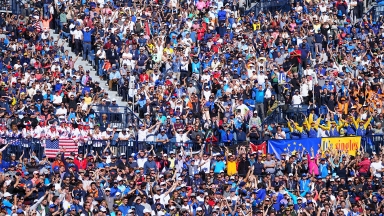 CEO: Ryder Cup with no fans not a Ryder Cup

In what it viewed as a difficult-yet-necessary decision, the PGA of America confirmed that the Ryder Cup will be pushed back a year. 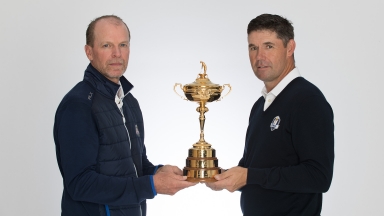 A corona-Ryder plea: Make everyone a captain's pick

If the Ryder Cup qualification process is unraveling, why have one at all? Put the onus Steve Stricker and Padraig Harrington to pick their 12.