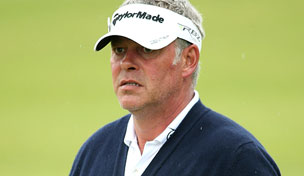 Getty Images
AUGUSTA, GA - APRIL 06: Oliver Wilson of England watches a tee shot during a practice round prior to the 2009 Masters Tournament at Augusta National Golf Club on April 6, 2009 in Augusta, Georgia. (Photo by Harry How/Getty Images)  -

Darren Clarke has denied already being offered the job to become Europe’s next Ryder Cup captain.

The 2011 British Open champion, who served as an assistant captain for Jose Maria Olazabal at Medinah, took to Twitter to issue a rebuttal:

The Daily Mail published a story Wednesday in which it reported that although a formal announcement will not be made until January, Clarke has already been approached by the European Tour about the position, and the Northern Irishman indicated he wanted the job at Gleneagles.

That news surely would be a blow to Paul McGinley, twice a vice captain for the European side and considered one of the frontrunners to land the gig. 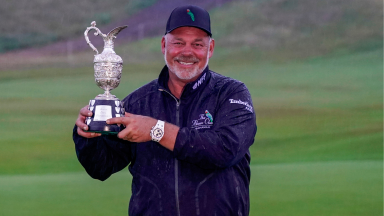 Darren Clarke birdied the last hole to beat a resurgent Padraig Harrington and win the Senior Open by one shot on Sunday. 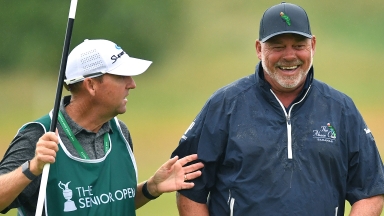 Darren Clarke and Paul Broadhurst are tied for the lead at 9 under par heading into the final round of the Senior Open Championship at Gleneagles. 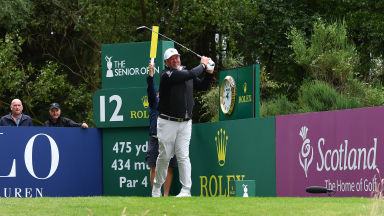 Darren Clarke, from Northern Ireland, shot a 3-under 67 that left him alone on top of the leaderboard, at 8 under.