Faircloth: 'Unbelievable' to caddie for Garcia in N.C. 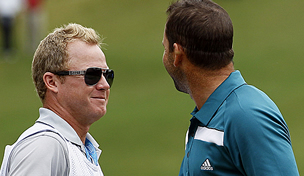 Sure, he was more handler than hands-on, but the fact remains: David Faircloth is batting 1.000 as a PGA Tour caddie.

The local looper at Eagle Point Club, who carried during the pro-am for one of the tournament organizers, was forced into emergency duty before the first round of the Wyndham Championship.

“My role was basically to just stay out of the way,” Faircloth said Tuesday on “Morning Drive.” “He pretty much did everything.”

Faircloth carried the bag, obviously, and he tended the flag, and he held the umbrella, and he cleaned the clubs. What he didn’t do, however, was calculate yardages or read putts. Said Garcia, “I just wanted to have someone who carried the bag, pretty much. He did push me around a little bit sometimes, offered encouragement, but I wanted to do my own thing to work on my confidence, and it worked well.”

Garcia, with Faircloth alongside, rolled to a two-stroke win Monday at the Wyndham, giving the Spaniard his first title on U.S. soil in more than four years. Tony Navarro, caddie for Bud Cauley, grabbed the flag from 18 and handed it to the rookie looper.

“It was just a wonderful opportunity, the ride was just unbelievable, and it’s something that I’ll never forget,” Faircloth said. “It’s not every day you get to jump on the bag of one of the best in the world.”

Now comes the interesting part. Garcia’s victory came with a $960,000 payday. A typical caddie gets a 10 percent cut ($96,000, in this instance), but Garcia was non-committal about Faircloth’s share afterward.

“He’ll probably get 75 (thousand) and a tip,” Garcia said Monday, laughing, before adding, “He’s going to be happy with what he gets. Obviously he’s not going to get what a normal caddie would get, because his job was fairly easy. But he’ll be happy with whatever he gets.”

Of course he will. But hey, show the guy some love! 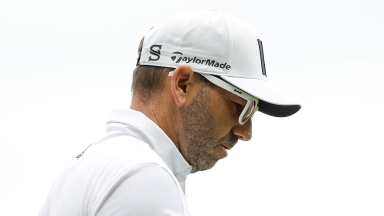 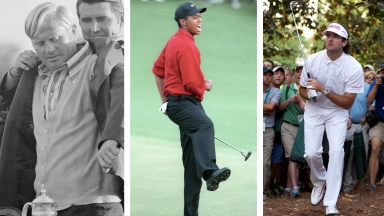 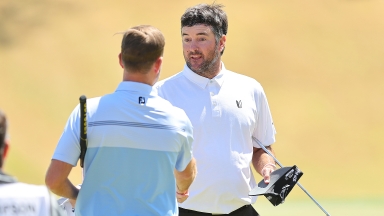