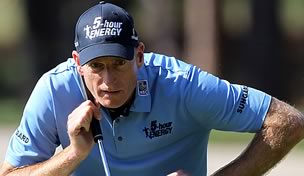 A fast start propelled Jim Furyk to the top of the Tour Championship leaderboard Friday at East Lake GC.

Furyk opened his round with seven consecutive 3s and turned in 29, ultimately firing a 6-under-par 64 to lead by one shot over first round co-leader Justin Rose. Furyk's card included nine birdies, and the former U.S. Open champion required only 26 putts.

A winner at East Lake in 2010, Furyk is still in search of his first victory this year after several notable near-misses, including the U.S. Open at Olympic Club. Entering the week 18th in the FedEx Cup points race, Furyk would need a win and some help from those ahead of him in the standings in order to capture the FedEx Cup, which he won two years ago.

Rose birdied the final hole for a 2-under-par 68, and will play alongside Furyk in Saturday's final pairing. The penultimate group will include Masters champion Bubba Watson, who carded a 4-under-par 66 on Friday, and Bo Van Pelt, whose round of 68 included four straight birdies from holes 8-11.

Tiger Woods, an overnight co-leader after opening with 66, stumbled Friday to a second-round 73. Woods' card included five bogeys and a double bogey, matching the most over-par holes he has recorded in a single round at East Lake in his career.

World No. 1 Rory McIlroy shot a 2-under-par 68 on Friday, including an eagle at the par-5 15th hole. McIlroy enters the weekend tied for seventh, a position that - based on the current leaderboard and point projections - would be enough for the Ulsterman to claim the FedEx Cup. 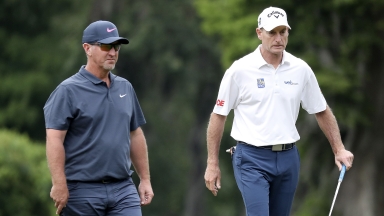 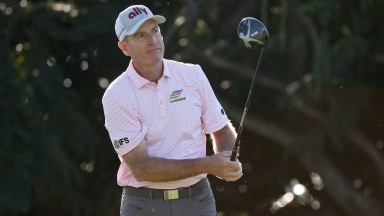