Guthrie to balance golf, school for rest of season 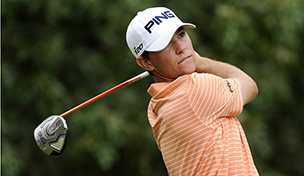 How did Luke Guthrie celebrate his first professional victory Sunday? By going to Buffalo Wild Wings, enjoying a few cold beers and then waking up early the next morning.

He had homework to complete.

Guthrie, who won the Web.com Tour’s Albertsons Boise Open on Sunday to lock up his PGA Tour card for 2013, is 13 credits shy of graduating from the University of Illinois with a degree in business management. Though he still intends to play a full schedule on the developmental circuit for the remainder of the season, Guthrie must also pass four classes – small-business entrepreneurship and management system models, and two “very easy” electives.

“I’ve put four years of good work in,” Guthrie said Tuesday on “Morning Drive,” “so I’m just trying to knock it out. It was definitely hard to wake up and complete an assignment the next morning, and then another one (Monday) night. It wasn’t easy to do, but I’m glad I knocked it out.”

Since exhausting his college eligibility in June, Guthrie has posted five top 10s in six starts on the Web.com Tour and three top-20 finishes on the PGA Tour, as well. After beginning the season ranked 1,401st in the world ranking, he is now 175th.

Guthrie conceded to being “pleasantly surprised” by his early success, though it isn’t unprecedented: Ben Kohles, who graduated from Virginia this past spring, won his first two starts on the Web.com Tour, closing the perceived gap between amateur golf and the professional ranks.

“I haven’t played this much golf before,” Guthrie said, “so I’m just trying to be play good, solid golf every week and not do anything special.”

The PGA Tour’s developmental tour has a new umbrella sponsor. 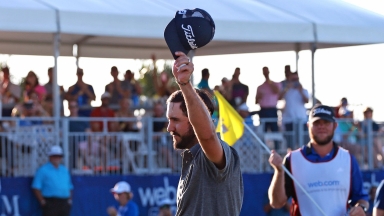 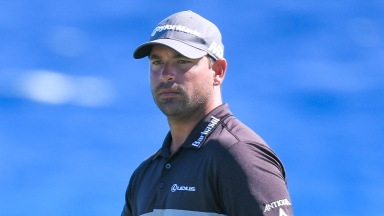