Lehman on Flick: 'He made me feel special' 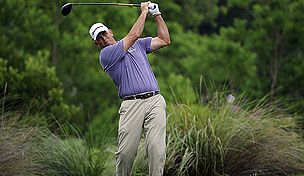 Tom Lehman had his final conversation with Jim Flick, his instructor of 12 years, on Saturday morning. It was a short phone call – the way it had been on Thursday and Friday – but the coach didn’t have much time left, and Lehman knew it.

So he called that morning, before the start of the third round of the Champions Tour’s Charles Schwab Cup Championship. Flick’s wife, Geri, answered the phone and then held the device up to her husband’s ear.

As he had done hundreds of times, Flick told Lehman: Go out and be Tom Lehman. Play the way you can play. I’ll be watching.

“He wanted me to believe that Tom Lehman is good enough and can handle the pressure and can become No. 1 in the world and do whatever he sets his mind to,” Lehman said Tuesday on “Morning Drive.”

Flick died Monday afternoon at his home in Carslbad, Calif. He was 82.

A day earlier, Lehman became the first player to win back-to-back Schwab Cup titles. That he accomplished the feat at Desert Mountain, in Scottsdale, Ariz., proved even more bittersweet. That was where Lehman had first began working with Flick. They would hit balls for an hour, talk sports or politics or religion for another hour, and then continue beating balls into the fading sunlight.

“It was difficult at times to not get teary,” Lehman said, “after thinking about all of the time that we had spent there together.”

Inspired and emotional, Lehman shot rounds of 68-63-62-65 to win by six and capture the seasonlong Schwab Cup. After holing the final putt on the 18th green, he buried his face in his hat and cried.

“I probably had my best week in years,” he said, “and hopefully it helped him feel a little bit better for all the stuff he was going through.” 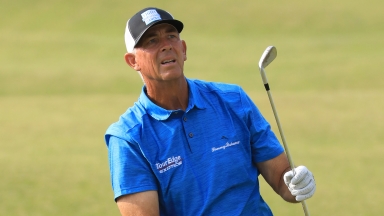 Minnesota native Tom Lehman didn't mince words Thursday, saying that if you disregard the pain, suffering and life of others, "You need to get your sh*t together." 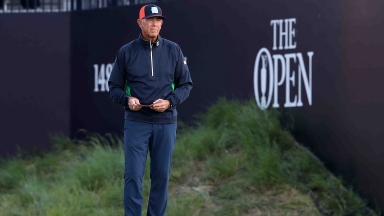 Two and a half decades after playing his first Open, Tom Lehman made a tearful exit from the championship that defined his career Thursday at Royal Portrush. 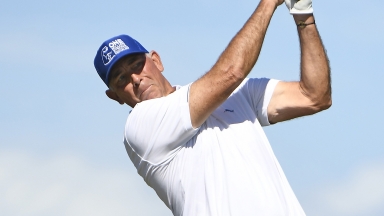 Lehman tracks down Toms to win in Hawaii