Love to play in Las Vegas 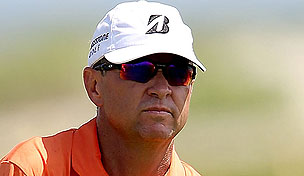 Getty Images
VIENNA, AUSTRIA - SEPTEMBER 20: Richard Bland of England tees off at the 5th during the fourth round of the Austrian Golf Open at Fontana Golf Club on September 20, 2009 in Vienna, Austria. (Photo by Richard Heathcote/Getty Images)  -

According to the PGA Tour’s published field list, the U.S. captain was a late entry to this week’s Fall Series opener, the Justin Timberlake Shriners Hospitals for Children Open, which begins Thursday in Las Vegas. In August, he also committed to play the Oct. 11-14 Frys.com Open in San Martin, Calif.

More than likely, his appearance at TPC Summerlin is a favor to entertainer Justin Timberlake, who was part of the opening ceremonies at Medinah, among other appearances.

Love has played the Tour’s Vegas stop 19 times in his career, most recently in 2010, when he tied for 28th. 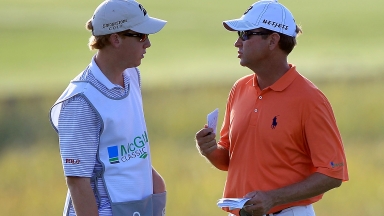 Davis Love’s son, Dru, began accompanying his father to the RBC Heritage when he was 5 years old. He’s now 24 and will tee it up this week alongside his father. 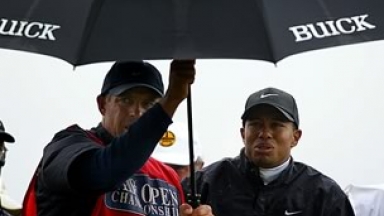 That Saturday at Muirfield

It was awful. Even by Scottish standards. Mother Nature was ugly Saturday at the 2002 Open, ending many dreams. 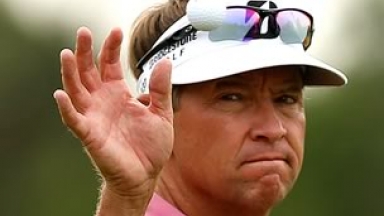 Davis Love III confirmed that he plans to have surgery on Friday morning to help alleviate the numbness and loss of strength.