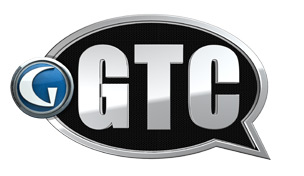 Todd Baek turned a money game with a few buddies into the best round of his life.

According to UTSanDiego.com, Baek, a former San Diego State standout, shot an 11-under 25 on the opening nine Sunday at Salt Creek Golf Club in Chula Vista, Calif. His start on the 3,339-yard front side included three eagles, five birdies and a par (top line of the scorecard).

The low nine-hole score on the PGA Tour is 26, set by Corey Pavin at the 2006 U.S. Bank Championship.

“I was amazed myself,” Baek, 20, said, according to the report. “It was like, What’s going on? We were playing for money, so my friends were giving me (crud) about it. They said you need to stop making birdies or you’re going to walk home.”

Unfortunately for Baek, he eventually needed one more birdie to shoot golf’s magic number. He three-putted the 18th hole to card a 60 on the par-72 layout.

“I was more mad that I screwed up my chance to shoot 59,” Baek said, according to the report, “but on the way home, my friends were saying, ‘Do you realize that you just shot 25?’ We were laughing about it.”

Baek was ranked in the top 15 in the country after his freshman season at San Diego State, but opted to turn pro last winter.

His 60 – and front-nine 25 – now behind him, Baek will turn his attention to a PGA Tour Q-School pre-qualifier that begins Wednesday at PGA West.