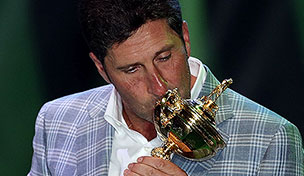 Despite overseeing a historic comeback Sunday at Medinah, Jose Maria Olazabal confirmed Tuesday that he would not pursue a second term as European Ryder Cup captain.

Asked if he would like to fill the role again, Olazabal told European reporters, “Yes, in a way, but I can assure you that’s a no, period.

“It’s a lot of work and there are a lot of players who should have the opportunity to be in my spot. The Ryder Cup is only every two years, so clearly I won’t do it again. It was a tough and emotional week, but the result was worth it and I am still running on adrenaline.”

If not Ollie, then who?

The 2014 Ryder Cup will be played at Gleneagles at Scotland, so naturally, Colin Montgomerie, the victorious 2010 captain, will be in the discussion.

“I think those two deserve a chance,” Olazabal said, “but I think Thomas Bjorn deserves a chance and also Paul Lawrie. … We have at least eight or nine guys. It would be hard to name just one or two.”

On Sunday, the European team authored the largest comeback ever on foreign soil, turning a 10-6 deficit into a 14 ½ to 13 ½ victory to retain the Ryder Cup.

“What they did was extraordinary,” Olazabal said. “Most of the world didn’t believe we would have the trophy, but the 12 men didn’t stop believing. All the credit to them.” 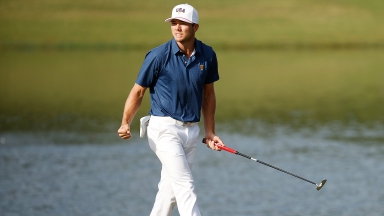 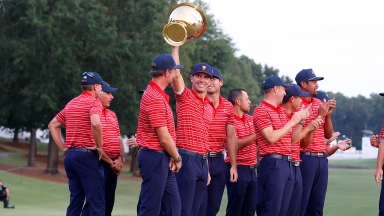 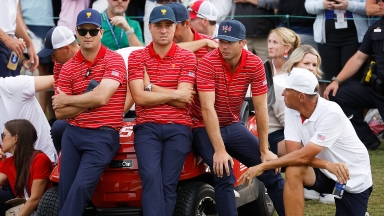