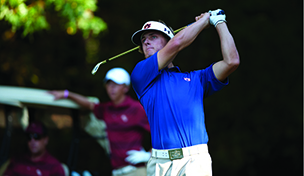 But at least the first-year pro will have a clear conscience.

Golfweek reported Monday that Barber, a former All-American at Auburn, disqualified himself from Tour Q-School six days after the first stage ended because he feared that he may have signed an incorrect scorecard.

According to the report, the DQ stemmed from an incident in the second round, when Barber, 22, was playing a bunker shot on the 13th hole at Callaway Gardens in Pine Mountain, Ga. Barber thought he had moved a leaf during his takeaway, so he informed his fellow playing competitors of the penalty; his caddie/brother Shayne was adamant the leaf did not move.

Nonetheless, Barber played out the round and signed for a 71, but later that night, apparently after talking to a former teammate, Barber learned that the penalty should actually have been two shots, not one. He played out the rest of first stage, unsure if he had even moved the leaf, and eventually finished T-4, five shots clear of the cut line.

“I continued to pray about it and think about it and I just did not have any peace about it,” Barber said, according to the report. “I knew I needed to do the right thing. I knew it was going to be a disqualification.”

So on Nov. 2, six days after the event, he called the Tour and said that he was disqualifying himself for signing for a lower score. As a result, six players jumped from 19th into a tie for 18th – enough for them to advance to the second stage.

“Doing the right thing and doing what I know is right in my heart and in my conscience is more important than short-term success,” he said, according to the report.

His Tour plans put on hold, Barber next season will instead pursue sponsor exemptions and Monday qualifiers on the Web.com circuit.

Tournament directors, take note: His character can never be questioned. 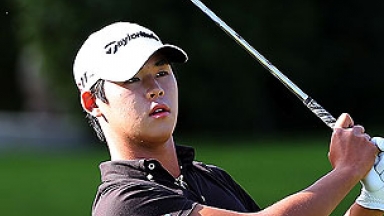 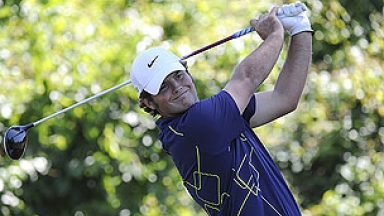 Patrick Reed continued his impressive run on Mondays this season, securing a PGA Tour card thanks to a sixth-round 67 at Q-School.

As players crowded around the leaderboard to track their fortunes on Monday at Q-School the math was interrupted by a curious scenario.