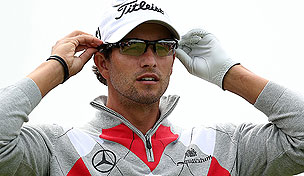 With a decision on anchoring looming, Adam Scott on Tuesday continued to voice his support for those with long putters and issued his strongest comments yet on the potential rules change.

According to Reuters, Scott told European Tour chief George O’Grady last week that a ban on the long putter would be unfair, and the Australian even challenged Tiger Woods’ contention that the putter should be equal or less than the shortest club in the bag.

“His voice carries some weight on the issue; a lot of players have been quite outspoken about it and certainly when Tiger Woods speaks about it, it generates a lot of interest,” said Scott, who is playing this week’s Barclays Singapore Open. “But I’m not necessarily sure his views on what the putters should be are correct at all. I don’t think the putter should be the shortest club in the bag; that has never been a rule in golf so I don’t know why it should be now.”

The U.S. Golf Association and R&A are expected to make a decision by the end of the year as to whether a player will be allowed to anchor the putter against a part of the body. Already, golf’s governing bodies have held presentations to players on both the PGA and European tours to discuss how a potential ban would be implemented.

Scott, who has used a long putter since February 2011, insists that there are “more important issues” in the game than anchoring.

“I think that it is fairly well-acknowledged that length is probably the biggest issue in the game, and it doesn’t just mean how far pros hit it,” he said, according to the report. “Some of our courses, great courses are too short these days. If we are talking about the equipment side of things, the length issue is probably the most important because tees are moved back. Greens are not changed because people are putting with a long putter.”

Adam Scott shot a 5-under 66 on Thursday after a 6 a.m. tee time to trail by one stroke after the first round. 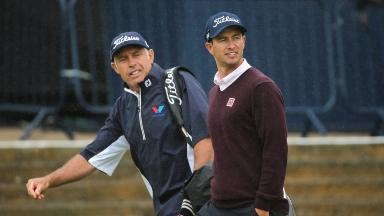 Steve Williams is coming out of retirement, reuniting on a part-time basis with Adam Scott beginning next week. 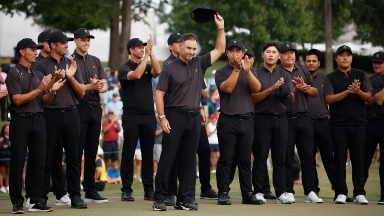