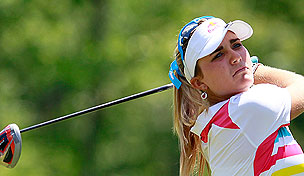 Getty Images
SINGAPORE - FEBRUARY 27: Ai Miyazato of Japan hits her third shot on the 5th hole during the third round of the HSBC Women's Champions at Tanah Merah Country Club on February 27, 2010 in Singapore, Singapore. (Photo by Andy Lyons/Getty Images)  -

Through 36 holes, Lexi Thompson is proving that she's not yet ready to return the trophy at the Navistar LPGA Classic.

Thompson, the defending champion this week in Prattville, shot a 3-under-par 69 on Friday to maintain her lead as the afternoon wave got underway on the Senator Course at Capitol Hill. Her first 36 holes included 13 birdies and just a single bogey, as Thompson has hit 32/36 greens in regulation through two rounds.

Last year, she won this event by five strokes as a 16-year-old, becoming the youngest player to capture an LPGA title - a mark that was eclipsed earlier this summer when 15-year-old Lydia Ko won the CN Canadian Women's Open.

Angela Stanford, Lori Kane and Sydnee Michaels all carded 4-under-par 68 on Friday and find themselves three shots behind Thompson entering the weekend. 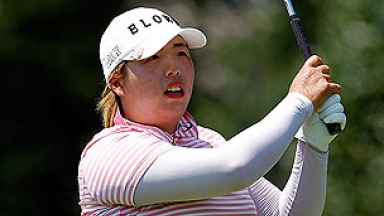 Shanshan Feng birdied five of her first nine holes Thursday to shoot a 7-under 65 and take a four-stroke lead after the second round of the Omega Dubai Ladies Masters. 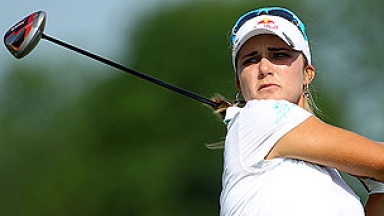 Lexi 3 shots back after Day 1 in Dubai 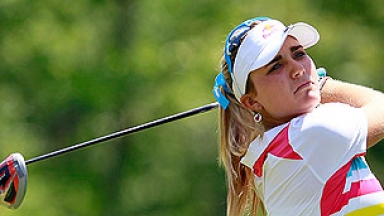 It's been a whirlwind year for Lexi Thompson, who defends her title this week at the Dubai Ladies Masters.