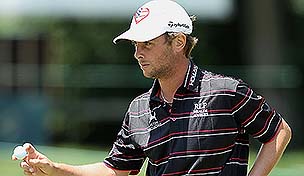 Getty Images
TURNBERRY, SCOTLAND - JULY 16: Steve Surry of England hits a shot during round one of the 138th Open Championship on the Ailsa Course, Turnberry Golf Club on July 16, 2009 in Turnberry, Scotland. (Photo by Warren Little/Getty Images)  -

The belly putter has been described as many things over the past few years – cheating club, career savior – but never a dangerous instrument.

According to the Sacramento Bee, Spencer Levin underwent surgery on his left thumb Tuesday after he tore a ligament in the finger mishandling his belly putter on the practice putting green. He will miss the rest of the season.

“It’s a bummer,” said Don Levin, Spencer’s father, according to the report. “It sets him back, but there’s nothing else he could do.”

The 28-year-old Levin, who has used the belly putter for two years, has already locked up his Tour card for next season, after earning $1,283,616 in 26 events. He is currently 62nd on the money list.

According to the report, Levin can resume hitting balls in December. 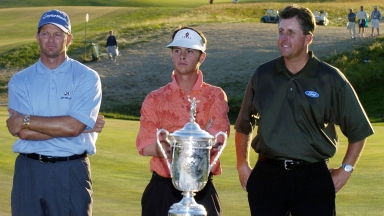 Spencer Levin knows what it's like to play a U.S. Open Shinnecock Hills. He teed it up there as an amateur in 2004, tying for 13th and taking low-amateur honors. 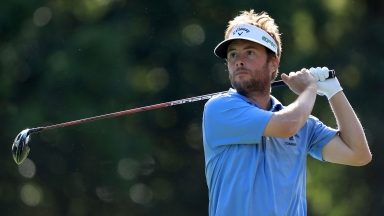 Levin on equipment woes: 'I took the money'

After losing his PGA Tour card, veteran Spencer Levin traced his woes back to his decision to switch equipment companies in January. 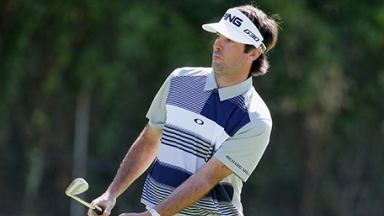 Bubba Watson, Tony Finau, Spencer Levin and Camilo Villegas share the lead at The Barclays after opening rounds of 5-under 65.