Florida man gets year in prison for grand theft cart 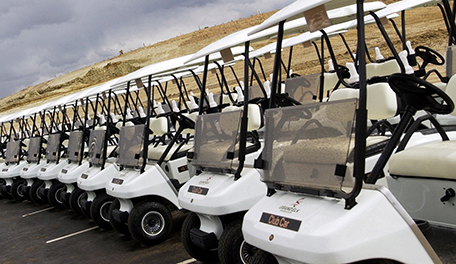 Alright, so we had the 7-year-old illegally operating a golf cart in Texas, and the 19-year-old drunkenly driving a stolen golf cart from the Rose Bowl in an attempt to recover his car from the other side of Pasadena ... and now this guy.

A Florida man (@_FloridaMan) has been sentenced to a year in prison for stealing three golf carts, according to the Panama City News Herald.

Per the report: "Nathan Michael Huston, 38, initially was charged by the Bay County Sheriff’s Office with three counts of grand theft, dealing in stolen property and uttering a forged instrument after three golf carts came up missing Nov. 23 in the area of his home at 21310 Front Beach Road."

Unfortunately for Huston, the State Attorney's Office decided that the carts qualified as motor vehicles, which upgraded his charge from grand theft to grand theft auto. Panama City is not Liberty City and this guy is no Niko Bellic.

Case in point, authorities found Huston when the owner of the missing carts saw one of them parked outside Huston's residence. Huston first claimed to have purchased the carts on Craigslist, then changed his story and said he bought them from a friend of a friend (who could have been named Craig?).

Ultimately, Huston pleaded no contest and is going to jail.

You should probably just avoid operating golf carts outside of your local club altogether. 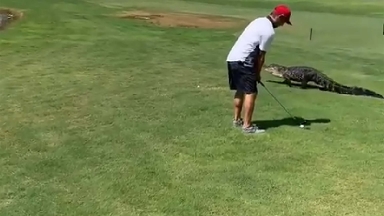 Some people are more afraid of alligators than others. But one Florida Man was undeterred at the sight of a giant gator during a recent round of golf, casually playing his shot over the large reptile.