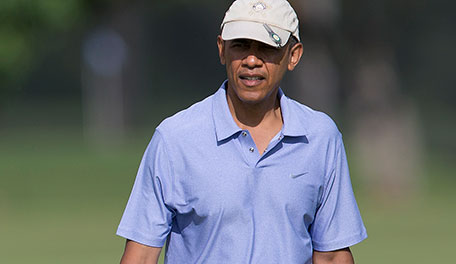 President Barack Obama played at Congressional Country Club on Saturday in Bethesda, Md., with the hosts of ESPN's "Pardon the Interruption," Michael Wilbon and Tony Kornheiser.

It appears the Commander in Chief doesn't fully have command of his golf ball.

Pace Doherty posted this photo to Instagram on Sunday with the caption "Obama played at Congressional yesterday, and I just found this in the woods off one. Looks like he's off line again. 44th."

Looks like the President of the United States may want to take the Champion Golfer of the Year up on that offer to sort out his swing. That, or he could consider marking his ball with "J. Timberlake" so that this sort of thing doesn't happen again. 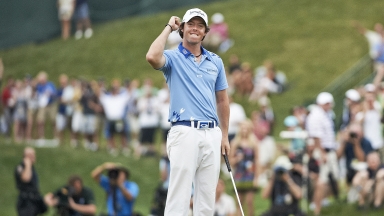 On his way to TPC Potomac earlier this week, McIlroy glanced across Persimmon Tree Road and got a glimpse of Congressional. 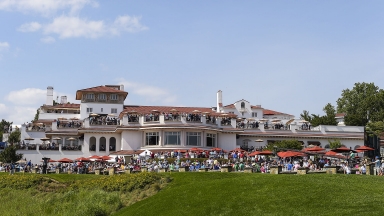 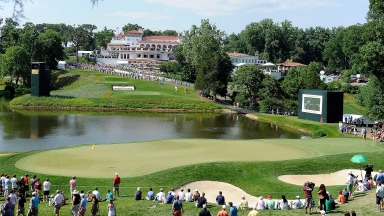 With preparations underway for a significant renovation, Congressional Country Club has been cited by local county officials for improper tree removal.